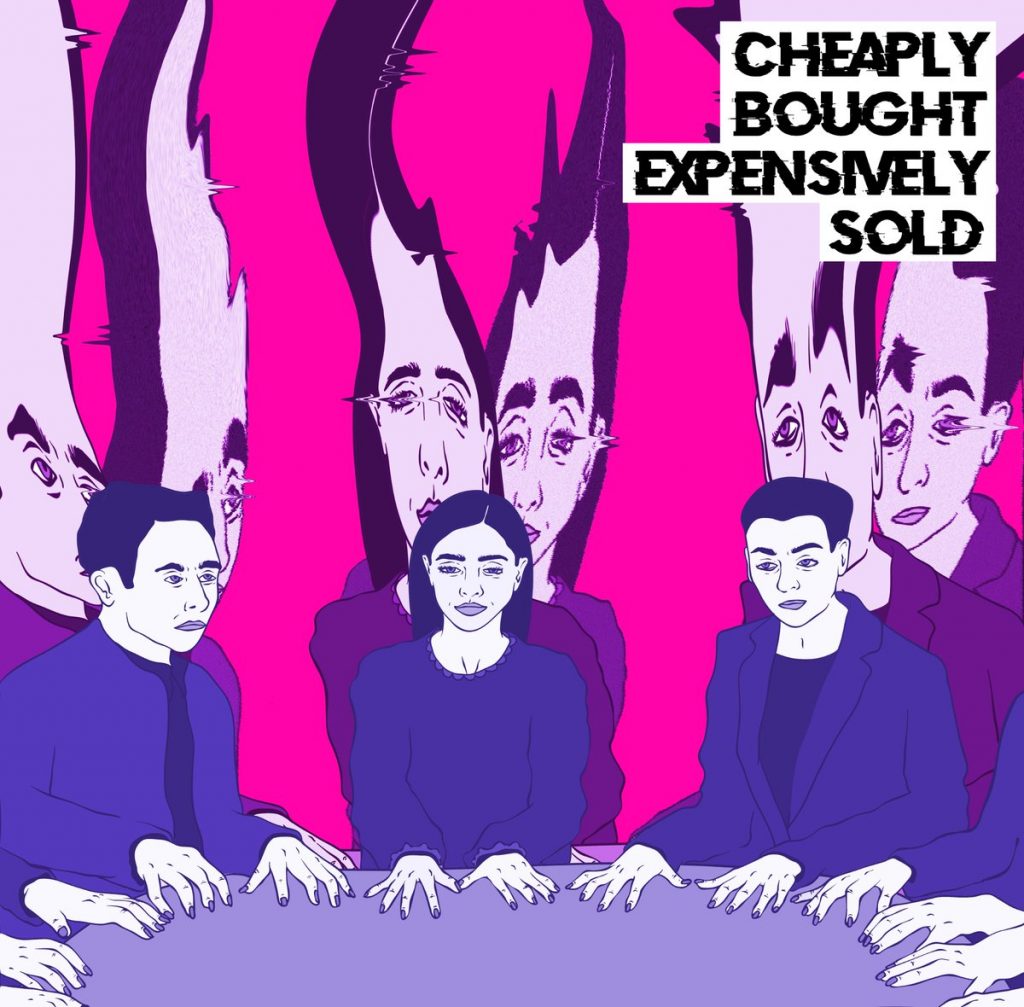 Declan Welsh & the Decadent West have finally unveiled their eagerly anticipated debut album ‘Cheaply Bought Expensively Sold’. It feels like it has been a long time coming for the Glaswegian poet/punk rocker who first came onto our radar back in 2015 with a few scratchy demos and a string of solo acoustic shows. A lot has happened since then though and his debut album is a shining testament to that.

Brimming with punk attitude and indie anthems, Welsh with the help of his formidable band The Decadent West dig deep into relatable issues such as the mundanities of city life, austerity and friendship with sincerity, humour and at times more than a little bit of anger. There’s plenty of biting guitar riffs, singalong choruses and a hint of funk thrown in too but it’s still the frontman’s penchant for weaving strong lyrical narratives that stand out on this accomplished debut.

‘No Fun’ is an explosive opening volley if ever there was one. Set against a barrage of searing guitars and furiously paced rhythms, Welsh launches a savage tirade against the moronic, self-absorbed  characters you meet at parties; the kind of rent-a-gob dullard you just can’t escape. Utterly relentless from start to finish, it’s the type of lyrically astute offering we’ve come to love from the singer-songwriter, albeit with his tongue firmly in cheek.

Setting the tone for what’s to come, Welsh and his band The Decadent West use their debut album to get their views across but without ranting or raving about it. ‘Absurd’ is a commentary on austerity and the difficult obstacles working class artists must overcome to stand up for what they believe in. A stark moment of self-reflection, it is delivered through a catchy-as-hell, wicked slice of pop-edged indie-rock.

When he is willing to push the parameters of his indie-rock template, he pulls it off effortlessly. An ode to provincial nightclubs and dancefloor embraces, ‘How Does Your Love’ brings in funky swagger and an indie disco vibe while ‘Turn Me On’ finds him stretching his falsetto over on one of the record’s most pop-centric moments. It’s an album that barely stops for breath until the lounging longing of ‘Be Mine’ arrives at the midpoint with its languorous melodies and pining vocals.

The comparisons to Alex Turner are inevitable but Welsh’s Scottish drawl remains the focal point throughout. On the Serge Gainsbourg indebted ‘Do What You Want’ he is sultry and alluring, exploring themes of sexual liberation and toxic masculinity while on ‘Different Strokes’ his focus shifts to the people in Palestine and the victims of horrific and unnecessary cruel hardship. One of the most pleasing things about the record is that Welsh’s mission statement has not changed since the day he started; to shine a light on issues that affect us all as humans and explore the connections we make along the way.

One of the catchiest numbers is left till the penultimate track ‘Never Go Home’. A song which conjures nostalgic images of all-nighters and youthful abandon, it’s an uplifting ode to those memories, the nights where you never want to come. It’s the kind of track that boasts generational appeal and is sure to elicit a rapturous response when the band headline Saint Luke’s in a few weeks’ time.

Stirring a vast array of emotions, final track ‘Times’ ensures  that the album closes in triumph. Delivered against a throbbing bassline, it’s a powerful manifesto, a potent reminder to take comfort in the past but to never stop looking forward.

It’s a motto that the band’s debut album thrives on. Declan Welsh & the Decadent West may not be reinventing the wheel but they’ve certainly stamped their flag in the ground. He may hail from the town of East Kilbride, but the experiences he articulates so vividly are universal. And because of that he will undoubtedly strike a chord with a new generation of indie fans.

As we head into one of the brightest weekends of the year so far, get acquainted with some fine emerging artists from around Scotland and beyond. This week we have Home$lice, Scarlett Randle, Cheap Teeth, Vistas, Man Of Moon, Carla J Easton and more.