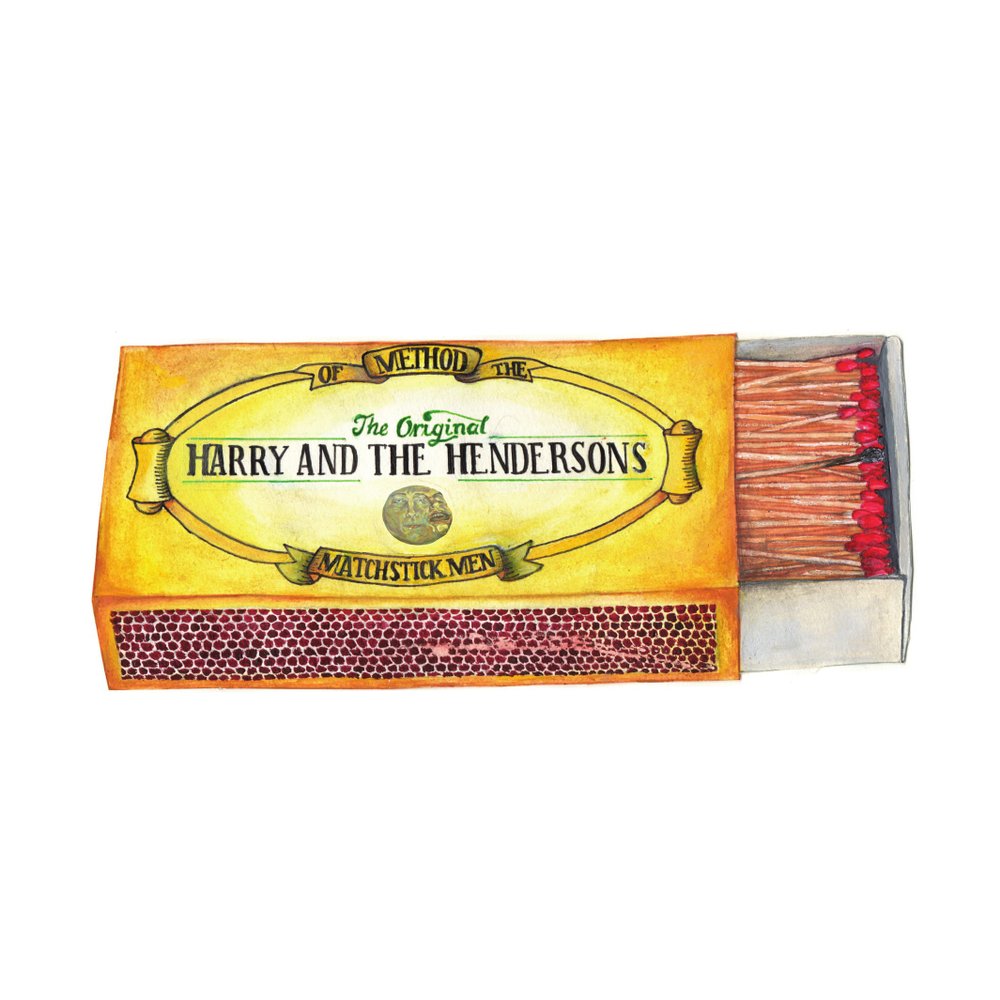 Method of the Matchstick Men

IN an era where too many artists are happy to sacrifice originality in the face of creative stagnation, it is wholly refreshing to come across a band who are willing to tread new ground and expand their repertoire into new unforeseen territories. One outfit who have embraced innovation and experimentation over the years with fearless optimism and a gleefully unfettered approach to their craft are Harry & the Hendersons, a seven-piece from the outskirts of Glasgow who have released one of the most ambitious and multifaceted Scottish debuts of the year in Method of the Matchstick Men.

Opening with the lavish sounds of ‘Transcendental Meditation’, the record weaves its way through elements of Americana, country, folk and blues, evoking the spirit of early 60s artists such as Crosby Stills and Nash, Donovan and Nick Drake while fusing harmony and melody together in a way that is uplifting, bewitching and utterly compelling. With each member of the band offering a hand in songwriting and vocal duties, they draw from a range of disparate influences and genres; the result being an album that is warmly familiar as it is distinctively their own.

From their playful manipulation of tempo to their impeccable harmonies to their rich and varied instrumentation, their songs ooze vitality and originality. And while each individual is allowed to shine, the album is a showpiece of collaboration and musicianship; seamlessly shifting from gentle, delicate moments to roaring crescendos; layers upon layers of sound immersing you in sumptuous melodies before building up to something altogether more gripping and dramatic.

‘Transcendental Meditation’ is a rousing example of the inherent ambitiousness that runs through the album. Opening with a blissful string arrangement and equally lush melodies, the track is set alight by a fiery lead guitar and breath-taking harmonies before drifting away into lavish, psychedelic territory.

Meanwhile, its follow-up ‘Matchstick Men’ opens with heavenly harmonies akin to Fleet Foxes before bursting to life on the chorus with a jazzy flourish of brass and strings. It then comes to a grandstand finish with an uplifting fusion of funk and classic rock punctuated by rather bombastic percussion.

Fuelled by a creative restlessness that knows no bounds, the album’s success lies in its many quirks and idiosyncrasies. Instrumental track ‘Sonnum Exterri’, only one minute in length, comes out of nowhere like something out of a horror movie with its piercing, scratchy strings while ‘Chromophobia’ transports you to a hazy faraway land with its eastern-influenced sounds – a quivering lead vocal is delivered over delicate harmonies, acoustic guitars and a hypnotic flute-like instrument.

Elsewhere, the mournful ‘Altered Ego’ features one of the biggest, unexpected gear changes throughout; opening with a dark finger-picked melody before crashing to life with thunderous percussion and a rousing lead guitar. The lavish arrangements and moody dramatics lend a cinematic quality to the album that comes to life once again on ‘Mother Sao’, a track that wouldn’t sound out of place in a classic western. Driven by their signature harmonies, it possesses an underlying menace and brooding uncertainty that carries itself into ‘Fear Of The Unknown’ before evolving into an uplifting show of strength and defiance.

The acapella ‘Apollo’s Sun’ brings the pace down again, stopping you in your track with its gripping incandescent harmonies while ‘Medieval Weather Report’ strikes up a stormy atmosphere with its circling melodies before another one of their thunderous crescendos.

The album ends in appropriately triumphant fashion with the whimsical jazzy sounds of ‘Skip Ahead of His Shadow’ and another left-field curve in ‘Am I Sober?’ – a delectably funky guitar-led number which is perhaps the most modern, upbeat track on the record with a head-spinning finale.

While the level of musicianship at play is breath-taking and entirely unpredictable at times, this is an album that still manages to evoke a sea of emotions. Playful as it is philosophical, passionate as it is turbulent, heart-breaking as it is genuinely uplifting; it’s a record full of juxtapositions that flows seamlessly from start to finish. Demonstrating all the ambitiousness of pioneers of the past while maintaining the immediacy of contemporary bands today, Method of the Matchstick Men pinpoints Harry & the Hendersons as one of Glasgow’s best kept secrets.

Declan McKenna 'What Do You Think About The Car?'