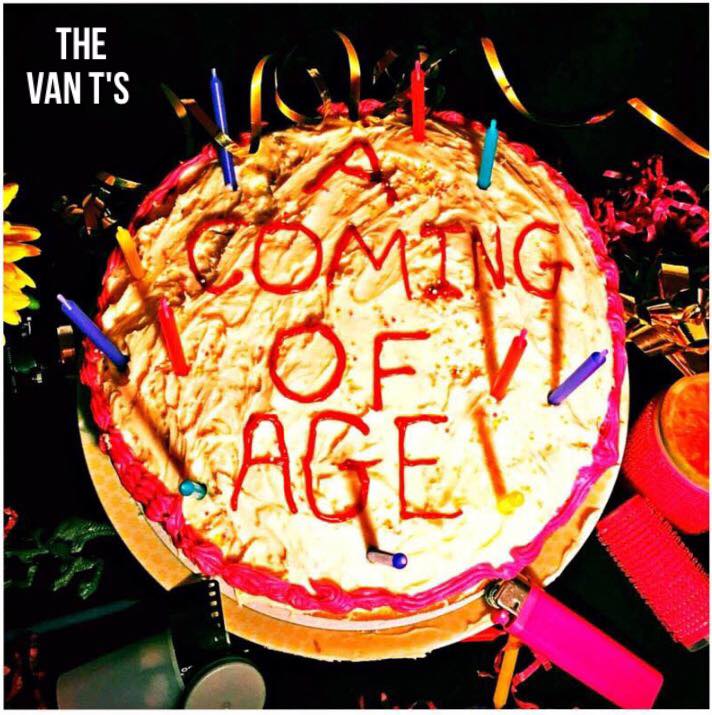 A Coming Of Age

THE Van T’s appeal branches out far beyond their Glaswegian routes. Recalling the surf rock of Best Coast, but with overarching moodiness of Warpaint, their debut Laguna Babe EP was difficult to pigeonhole.

Now, with the release of their second EP A Coming of Age, the four-piece affirm their distinct, grungy sound flirting with heavier alt-rock whilst maintaining their crisp melodies and vibrant vocal harmonies. The reverberated screech on opener ’35mm’ initiates tuneful layers of distortion and reverb that intertwine bass, rhythmn and lead, playing off one another as well as the co-lead vocals of twin sisters Chloe and Hannah van Thompson.

Each track is constructed meticulously: from the grungy scuzz of lead single ‘Blood Orange‘ to the sliding riff on the punky ‘No Man’s Money‘, as they capture their own timeless sound, with a natural confidence in it that usually takes successful bands years to establish.

Having just been announced to play our Tenement Trail in October, as well as the BBC Introducing stage at T in the Park, the excitement surrounding the Glasgwegian four-piece is palpable, something that the release of their second EP will only strengthen.

A Coming of Age is out on 1ST July via Bloc+ Music.

Check out the band’s video for lead single ‘Blood Orange’ below: The Mysterines ‘Love’s Not Enough’ JUST a week after confirming their long-awaited return with the announcement of their sixth album ‘The New Abnormal’ , The Strokes are back with another preview track called ‘Bad Decisions’. The Mysterines ‘Love’s Not Enough’

The Mysterines have continued their blistering run of form with the release of ‘Love’s Not Enough’. Just under a year on from the release of their gripping Chemicals EP, Man Of Moon are back and in a contemplative headspace with new single ‘Rust.’ Edinburgh-based singer-songwriter Fourth Daughter has dropped the first in a long line of singles, with dream-pop track, ‘Vision of You’. PREMIERE: Pelican Tusk ‘Freaked Out (Inside The Machine)’

TENEMENT TV are delighted to bring you the premiere of Pelican Tusk’s brand new single ‘Freaked Out (Inside the Machine)’, lifted straight from the upcoming ‘Rhubarb’s House’ EP. Hailing from Livingston, emphatic goth-pop duo GRAVELLE have returned with their latest single, ‘Waste Your Time’.