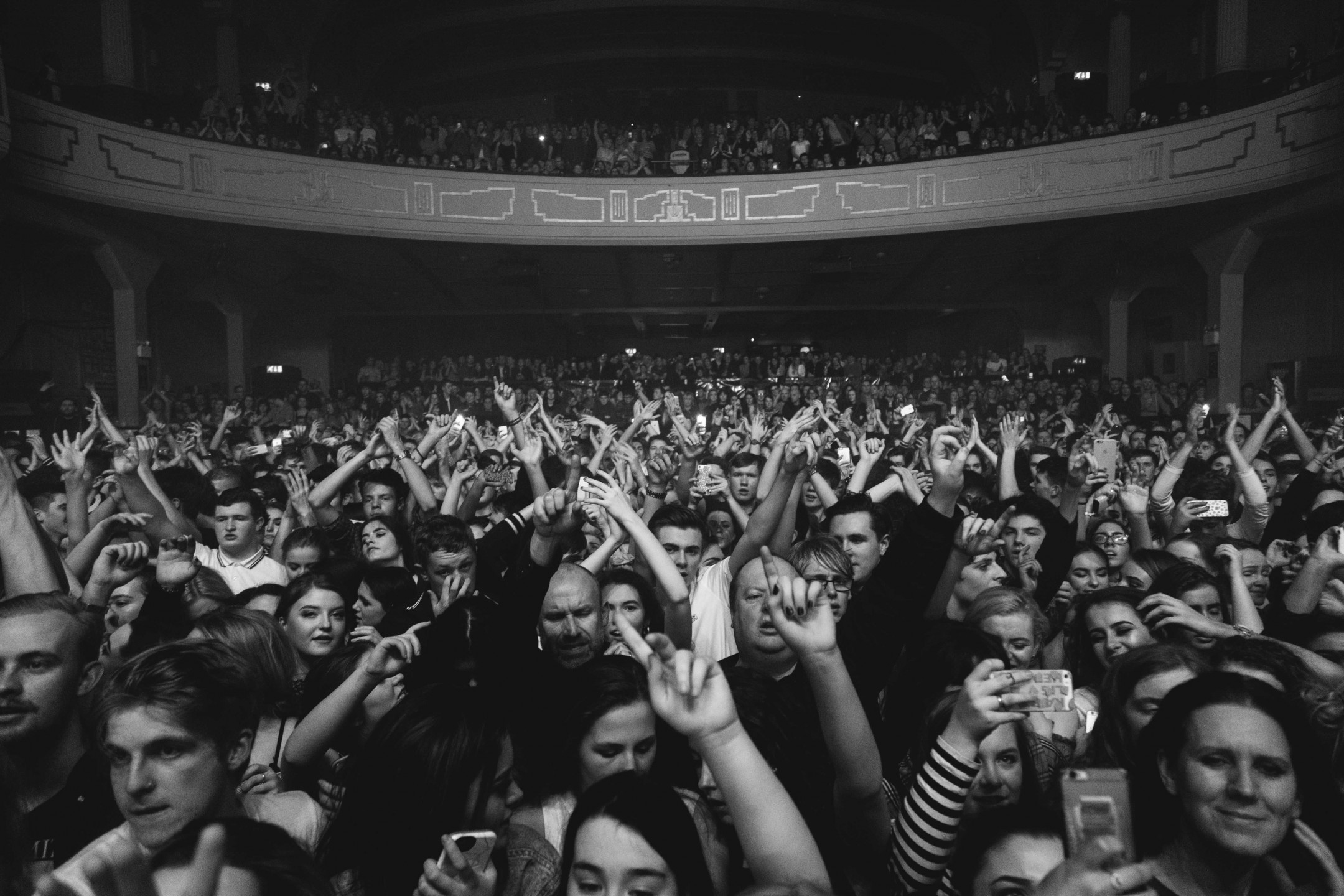 ON the precipice of an election that’s being held during one of the most politically turbulent periods in recent history, we’ve taken a look at the history of protest music and how its dissenting sound can be a force that echoes through the generations. We’ve traced the history of protest music from Scotland and the world over to show how our most celebrated and influential artists made sure the world listened when they spoke. With just days left to register to vote, it’s vital that we make our voices heard and heed the call of the artists we love.

The Bard of Ayrshire, Robbert Burns, is still to this day Scotland’s most celebrated poet and songwriter. Beyond linking arms and singing Auld Lang Syne every Hogmanay, Burns has made a lasting impression on our cultural and political landscape. Bob Dylan, the poet of the protest era, cited Burns as having written the verse which has influenced him the most in HMV’s 2008 My Inspiration campaign. Though not always publicly, Burns espoused the Enlightenment ideals of liberalism and egalitarianism which captured the imagination of artists and revolutionaries of his time. Burns’s A Man’s A Man For A That is perhaps one of his best known songs, and appeared to show Burns’s support for the French Revolution. Burns’s influence on our politics has maintained over the years, with the song being sung at the opening of the Scottish Parliament in 1999 and at the funeral of Donal Dewar, Scotland’s first First Minister.

Robert Alan Zimmerman was born into a Jewish family in Duluth Minnesota in 1941, and according to his own origin story “ran away from home seventeen times and got brought back sixteen”. At the age of twenty-one Dylan penned what would later become the defining song of the civil-rights movement in the 1960s in the USA, Blowing in the Wind. Recorded in 1962 and released on Dylan’s second album The Free Wheelin’ Bob Dylan, the song borrows its melody from the spiritual No More Auction Block, as many other songs on the album did from African American slave ballads. The song calls us to principled and steadfast in the face of what we know is wrong. Dylan lived in a country where he witnessed injustice and discrimination and through his masterful songwriting voiced his anger at it. It didn’t need to be his own struggle, but he felt compelled to say something:

I still say some of the biggest criminals are those that turn their heads away when they wrong and know it’s wrong. I’m only twenty-one years old and I know that there’s been too many… You people over twenty-one, you’re older and smarter.

Often credited with being the progenitors of Hip-Hop, The Last Poets first performed their politically motivated poetry in Marcus Garvey Park in East Harlem on what would have been Malcolm X’s 43rd birthday on May 16th 1968. Martin Luther King Jr. had been shot less than two months prior to the group’s debut. The late Gil Scott Heron’s ‘The Revolution Will Not Be Televised’ is a nod to the group’s ‘When The Revolution Comes’, which contains their signature “poetry on blast” over an African drum beat as they preach the tenets of the Black Nationalist Movement and calls to raise race consciousness amongst African Americans in the face of the unjust society of their time. As pioneers of Hip-Hop The Last Poets have been sampled by more contemporary acts as well, with N.W.A, Wu-Tang Clan and Public Enemy, to name but a few drawing inspiration from them. With The Black Lives Matter movement sweeping across the United States in our time, the group have returned to writing and recording music of similar themes that still resonate, such as 2018’s ‘Understand What Black Is’

Perhaps the best known Irish rock band, U2 have used their music in a way that links them to the Irish tradition of protest in song. In 1982, the band wrote ‘Sunday Bloody Sunday’, ten years after the atrocities of Bloody Sunday, where Irish civilian protesters where shot and killed by British armed forces. Before playing the song at the US Festival in 1983, Bono announced “this is not a rebel song”, which at the height of the violence in Northern Ireland, was a stark divergence in tone from some other commentators. To U2, the song wasn’t an attempt to antogonise or fan the already raging flames in their homeland. The song laments loss of life and bemoans the deepening entrenchment of both sides of the divide:

“And the battle’s just begun/There’s many lost, but tell me who has won/Trenches dug within our hearts/And mothers, children, brothers, sisters torn apart,” Bono conveyed the sadness and anger over such a loss of life.

Despite its bipartisan approach the song is never lacking in the bitterness or passion that comes with protest music. As Bono wrote in a 2010 piece for The New York Times, a London record executive once said to him ““Drop the ‘bloody.’ ‘Bloody’ won’t bloody work on the radio.”

Russian group Pussy Riot gained notoriety in 2012 with a guerilla performance Moscow’s Christ The Saviour Cathedral. The group were held in custody without bail until their trial and charged with “hooliganism motivated by religious hatred” and given a two year prison sentence. They took aim at the Russian Orthodox church on this occasion after church leaders expressed support for Vladimir Putin, who they call a dictator. The group stand for the liberation of female and LGBT communities through the radical feminism preached in their music, and coming from as socially conservative a country as Russia, there can be no denying the fervency with which they hold their ideals as they risk their freedom to raise awareness of them.