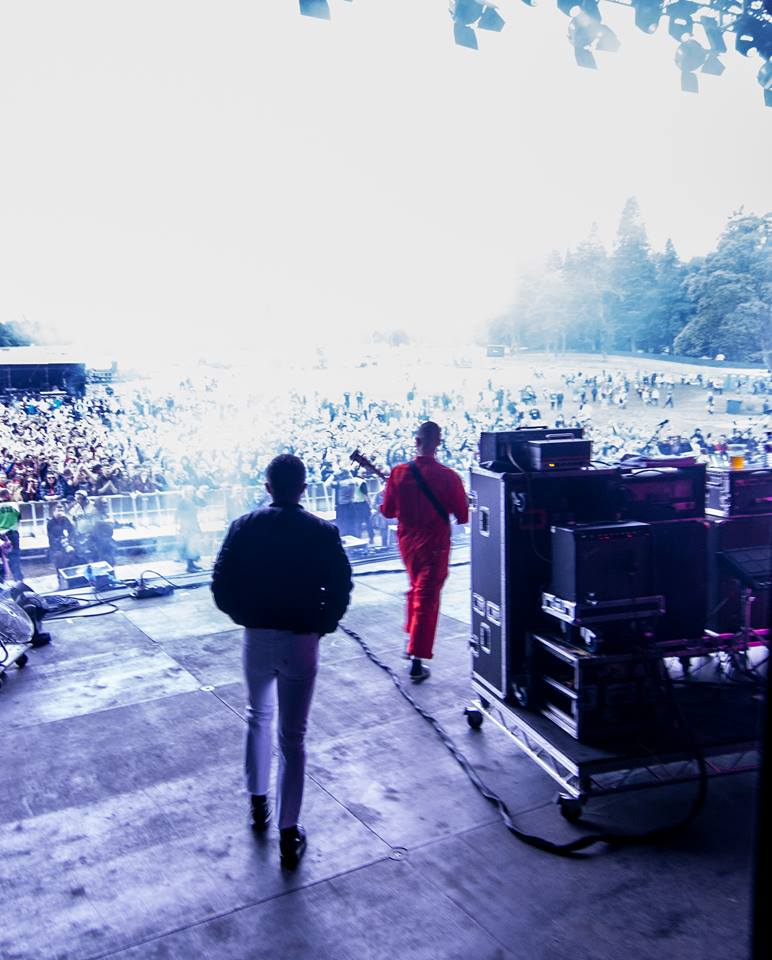 IT was just a few months ago that we last caught up with the boys from Slaves before they took to the stage in King Tuts. The gig would turn out to be a bit of a turning point for the band in Scotland and they quickly announced their return to Glasgow, this time in a lager venue when tickets for their 02 ABC show in November went on sale.

Catching up backstage at T in the Park – Slaves were one of the first bands on site and proceeded to hang about backstage all day on Friday, jamming with fellow bands in the artist area and having a drink or two with Annie Mac.

Their performance on the Radio 1 Stage was met by a packed crowd and the Slaves buzz is justified. Listen to what they had to say ahead of their performance and check out those precious intimate moments before they walked on stage at Strathallan Castle last weekend below: