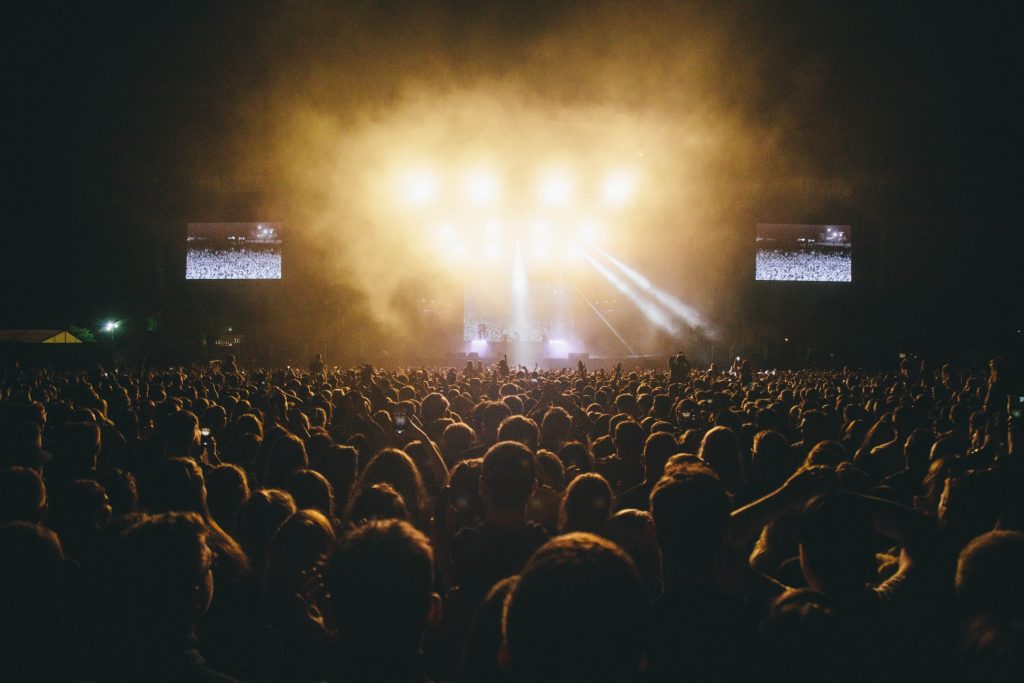 WITH tickets for the 1975’s mammoth headline appearance at Bellahouston Park now on sale, Tenement TV are giving you everything you need to know about Glasgow Summer Sessions 2019.

Summer Sessions 2019 kicks off in the most incredible style possible, with goth icons The Cure returning to Scotland for the first time in 27 years, and marking their first ever Scottish festival headline show. Hailed as one of the most iconic bands in alternative music, their career not only spans genres but has seen the band’s music touch fans across the globe, and with hits like ‘Friday I’m In Love’ and ‘Inbetween Days’ under their belt, Robert Smith & co. are all set to treat the Glasgow crowd to one of the best shows around. Joining The Cure are two of Scotland’s best loved bands, Glasgow’s Mogwai will treat the crowd to their unique sound that has made them one of the country’s most celebrated musical exports. Also, The Twilight Sad will undoubtedly blow crowds away with their loud, dark indie sound, something that has made them a personal favourite of The Cure frontman, Robert Smith. Hot on the heels of their latest studio album, AAARTH, The Joy Formidable will also take to the Bellahouston Park stage on August 16th.

Less than 24 hours later, Foo Fighters return to Scotland. One of the biggest rock bands the world has ever seen, Foo Fighters never fail to fill stadiums wherever they go, and with a four year absence from Scottish soil, their performance is sure to make the second day of Summer Sessions a Saturday night to remember. CEO of DF Concerts said, “To welcome the Foo Fighters to Bellahouson Park for the first time is so exciting for music fans all over Scotland, as they are, to this day, one of the best festival headliners in the world. With their outstanding back catalogue, this is bound to be an unmissable show.” The Foo Fighters continue to return to Scotland and every given opportunity, as Dave Grohl himself said, “Scotland is good for rock n roll, because people know how to have fun”, and the Glasgow crowd will undoubtedly live up to that reputation.

Glasgow Summer Sessions 2019 recently added it’s third headliner, one of the UK’s most exciting bands, The 1975. Their highly-anticipated third album dropped today, and the band are set to take it around the world in the coming year, including a stop at Bellahouston Park, for a set filled with new favourites and classic from their debut album. They will be joined by local rockers, Twin Atlantic, stadium-fillers You Me At Six, singer-songwriter Ten Tonnes and No Rome. Also joining the lineup are one of 2018’s favourite bands, Pale Waves. As The 1975’s alt-pop prodigies, Pale Waves are set to storm Glasgow again, after amazing performances at TRNSMT Festival and SWG3 earlier this year, saying “We’re really excited to be playing Glasgow Summer Sessions. The Scottish crowds have always been amazing to us so it’s going to be brilliant to be back!”. 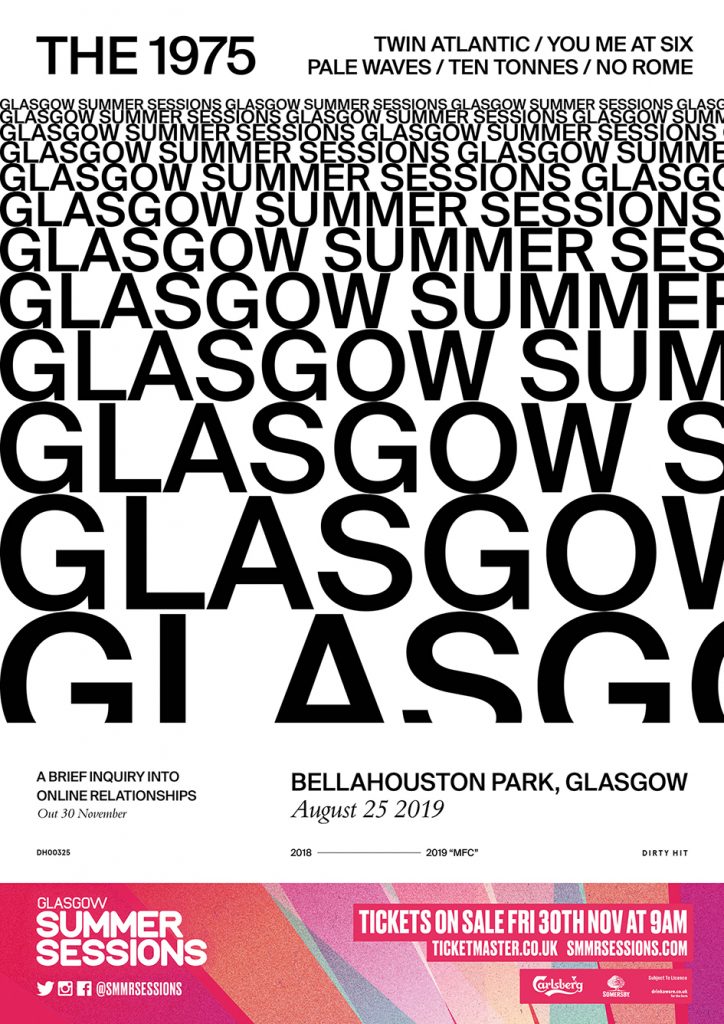 Now in it’s seventh year, Summer Sessions is a staple of the Scottish summer, bringing the biggest band to Glasgow. Tickets for all shows are on sale now.

Everything you need to know about Drenge