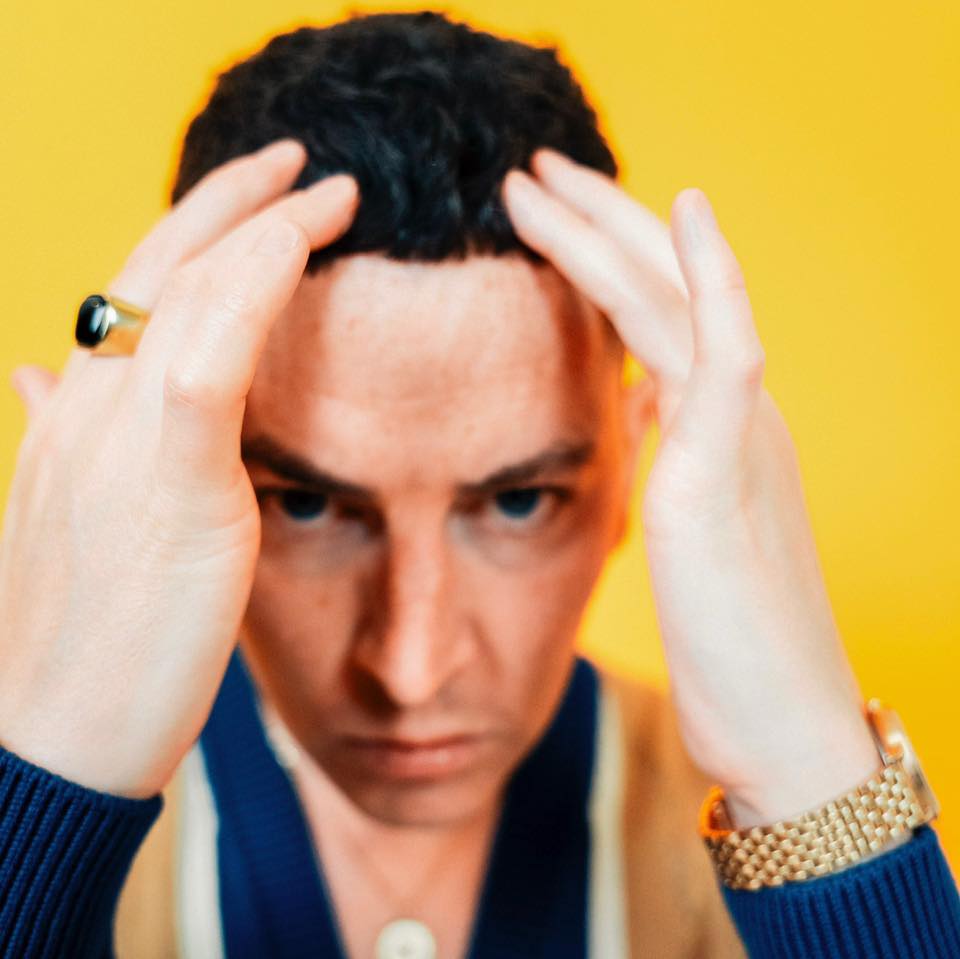 Having cultivated a large following in Scotland as lead singer of indie outfit Sergeant over a decade ago, the talented frontman has re-emerged with a revitalised passion for his craft – and a fresh batch of songs to boot.

A press release states “With an instantly recognisable soulful vocal, Lipp’s extensive live experience has created a strong foundation to his artistry. It is Lipp’s unique and flawless tone paired with his strong melodic ear that grabs instant attention.”

“Lipp has spent time with Scottish prodigy Sam Gelliatry and Jungleboi reworking and further developing his sound, pushing boundaries within his genre.:

So, after spending a great deal of time honing in on his craft, expanding his influences and exploring exciting new sonic territories, Nicky Lipp is ready to open on a fresh new chapter of his career. A few days removed from his show with Kyle Falconer at the tail end of last week, the singer-songwriter is about to play a debut headline show at  King Tut’s this coming weekend, on 19th March.

Ahead of his headline show, we put our Radar Spotlight on the artist to find out about his inspirations, ambitions and more.

1. TELL ME A BIT ABOUT YOU AND HOW DID YOU START?

I spent significant time developing my songwriting and performance craft in the confides of church, alongside other breaking acts in the UK such as Griff, Goodboys and Gang of Youths.

Arenas and west end theatres were the norm during this time but after relocating back to the Scottish capital, I spent the 2020 lockdown in my Leith flat digging deep and unexpectedly writing a full setlist of original songs.

In 2022, I launched a live stream on YouTube by the name of Lipp Sync to create a continuous and ever changing moving project that plays on repeat as the limbo of an official release awaits.

My real goal is to meet with and connect with audiences, which begins this March with my debut headline gig at King Tuts, Glasgow.

2. WHAT ARE YOUR INFLUENCES?

I struggled to get the project into a place where it was cohesive because I listened to too much music so I decided to spend 6 months listening only to a set of my favourite records. I felt there was enough variety in there to cover all the elements like melody, lyrics , textures , production , energy , structures , dynamics , emotion and sentiment etc

The last Killers record ‘Pressure Machine’ came in a bit later which I feel people probably haven’t listened too but its an incredible set of songs – it ain’t cool to like them and I get that but go and listen to that album – blew my head off – real and raw.

Most recently Gang of Youths’ ;Angel in real-time’ is easily the record of the year so far for me and will probably stay that way! It made me want to get better – was either that or quit!

3. ANY SCOTTISH BANDS YOU LOVE/ ARE INFLUENCED BY?

I’m loving what Vlure are doing , I seen them in Edinburgh and it got me! Sam Gelliatry is also on another level! Josef too! Scotland is on fire ain’t it!

4. WHAT ARE YOUR DREAMS AS AN ARTIST?

Barrowlands and B lists , main stages and memories! Beyond that sort of stuff, bringing people together and connecting with an audience! The matters of the heart is what matters most!

5. WHAT HAVE YOU GOT COMING UP?

The debut show is at King Tuts on 19th march and I can’t wait tbh – Ive put together an absolutely brilliant group of musicians and spending time with them has been a breathe of fresh air! There will be more to follow after that for sure!

6. IF YOU COULD DESCRIBE YOUR MUSIC IN 3 WORDS, WHAT WOULD THEY BE?