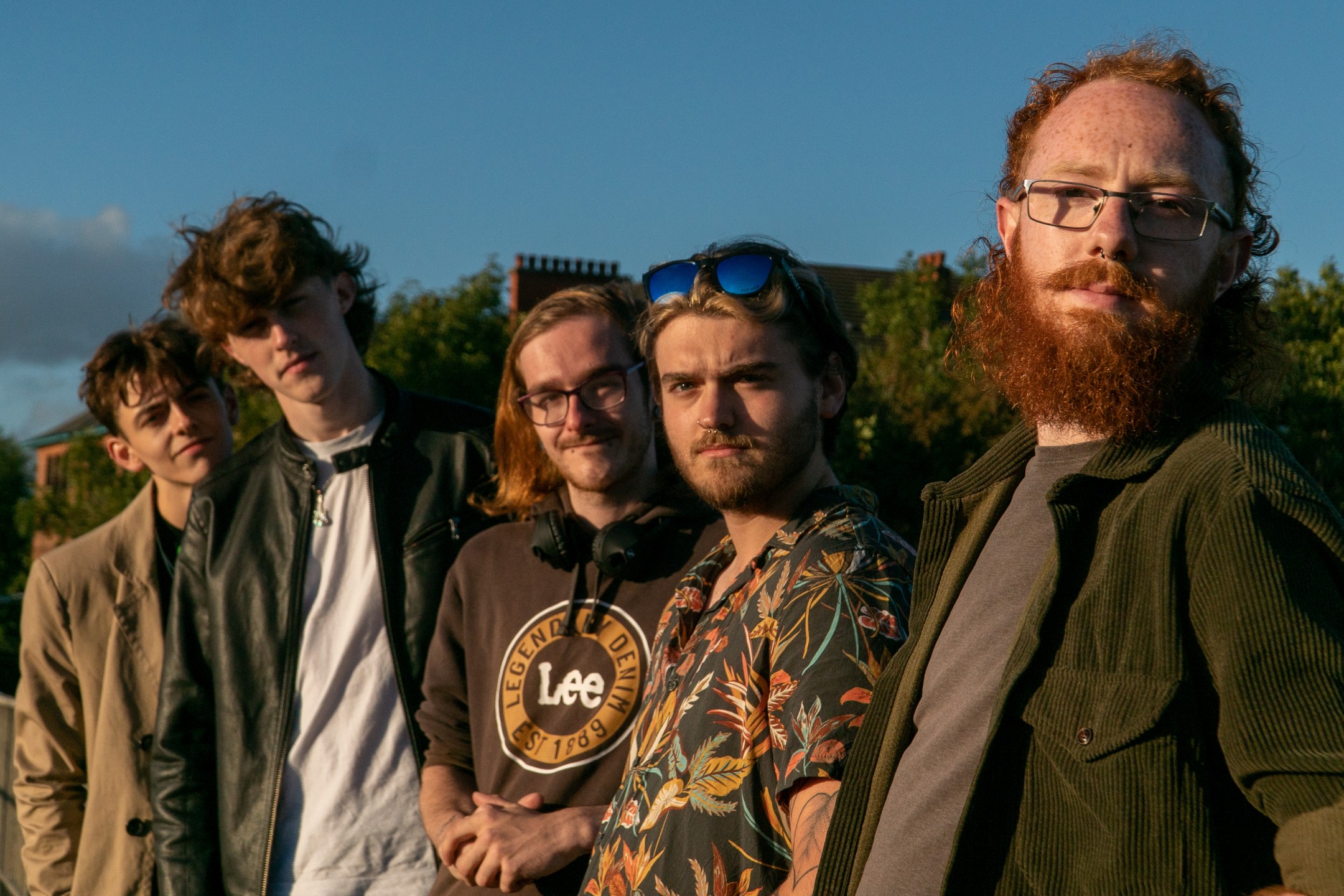 FRESH off the back of a sold-out headline show at King Tut’s last week, we catch up with new band Sixpeace to find out about their origins, inspirations and ambitions.

Set to make their Tenement Trail debut later this year, the band formed during the first lockdown of 2020 through their shared love of Vistas and have gone from strength to strength ever since.

They also dropped their brand-new EP ‘Trying To Understand This’ last Friday and it’s a brilliant introduction for those not yet acquainted. Absolutely brimming with hooks, it’s a scrappy but relentlessly infectious collection – one bursting with fun and a genuine desire to have a good time.

Find out more about them below.

We’re Sixpeace and we formed online in 2020 during the first lockdown. Me (Dylan), Kye, Finn and Allan actually met on a Vistas acoustic Instagram Livestream where we formed a fan group chat. It feels so amazing that everything has come full circle and we get to play a festival with them now. We spent most of the summer staying up on discord calls talking about music we shared an interest in, playing games and eventually decided to start a band. I decided to move up to Scotland from a small town called Corby in 2021 to do the band properly. We actually met Alaska on Tinder when we created an account looking for a drummer. Our new co-frontperson Adel was in the running to be our drummer almost a year ago, now that Naomi has left, Adel has joined Sixpeace full time again

We have a very indie rock influence but to be honest we all listen to such a different variety of music. I listened to a lot of Easy Life so I feel like naturally my lyrics are very fast paced because of it. But Alaska listens to a lot of metal which can be noticed in some of the drum beats and we all dip into some punkier stuff now and again too

Obviously Vistas are a massive influence for us. But they’re also just lovely people too.

WHAT HAS BEEN YOUR BIGGEST MOMENT AS A BAND SO FAR?

Our biggest moment was probably the 26th of August – the day we dropped our first professional music video, out debut EP and did our first ever headline show at Tuts and I feel like that’s so many good things and all in under a year as well.

We started this not thinking that anyone would listen to our stuff, I know that sounds cliché in a way but really we just want people to connect with us and enjoy our music. We spend a lot of time trying to make every song feel necessary, fun and unique and I think if we could keep going at that it would be perfect.

We’re playing with some of our fave artists of all time so you can expect we’ll be bringing our all to Tenement Trail. We’ll be playing most of our debut EP as well as ushering in the next era of songs off our second EP releasing early next year. It’s gonna be an absolutely electric set and probably the show I’m looking forward to personally. It’s been so cool seeing our name dotted around Glasgow on the posters.

Me, Kye and Allan actually travelled down to Leicestershire for a festival called 110 Above the other weekend. It was probably the best weekend of my life, just because the weather was amazing, the acts were all brilliant and like it was so small it felt like more personal. We’d love to play an outdoor festival like that one day too. Alaska’s fave festival memory would be seeing Rammstein and Iron Maiden at Download Festival in 2016 that was the year it rained extremely hard and they all called it Drownload.

We’re actually set to support on our first ever tour of the UK which is a really big moment for us! Obviously we’ve had a change in singer too so we’ll be recording our second EP with Adel on vocals which I’m really looking forward to.