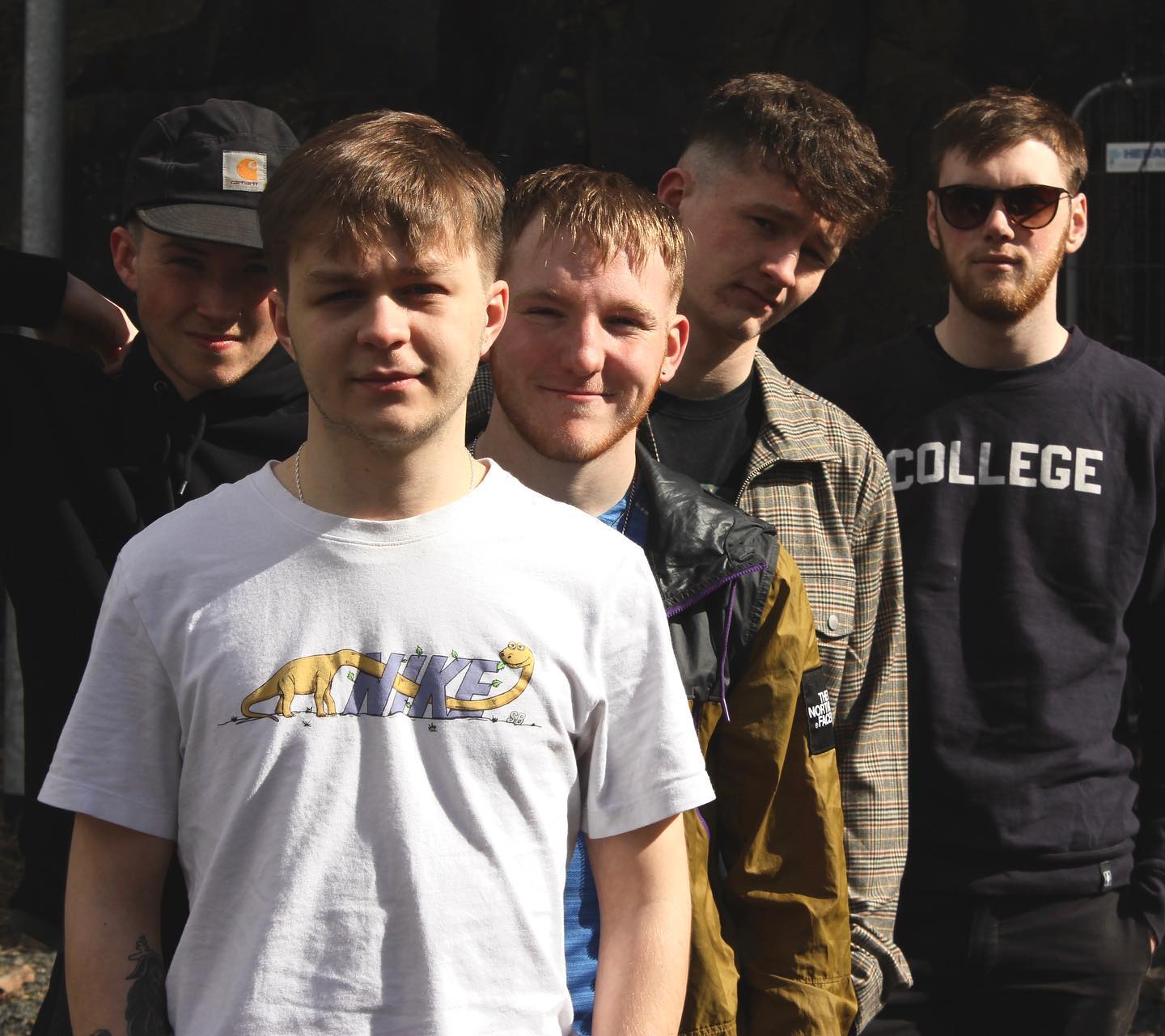 IN this week’s Radar Spotlight, we catch up with Inverclyde outfit SLIX.

The band have had a memorable start to the year – selling out their headline show at King Tut’s and releasing their four-track debut EP ‘Jingle Jangle’, which has got a big response from their growing fanbase. The title of the EP is a vivid encapsulation of their sound – upbeat indie-rock with dynamic rhythms, heart-on-sleeve lyrics, jangly guitars and of course, hooks galore. Brimming with charisma and youthful exuberance, it’s no surprise that many are predicting a bright future ahead for the outfit.

So, following the release of their new video ‘Current Affairs’, we caught up with the band to find out how they started, their influences, ambitions and more.

TELL ME A BIT ABOUT THE BAND/ HOW DID YOU START?

We have all grown up together in sunny Gourock, going as far back as nursery, then through school and college. Our passion for music always kept us close and we started out jamming to covers before eventually evolving and deciding to take it a bit further!

Each of us has a pretty different taste in music, ranging from punk, indie, R&B, hip hop, Baba’s even partial to a little bit of jazz! It’s all those individual influences combined that really creates the SLIX sound, or as we like to call it the “Jingle Jangle” sound.

SHE are a really exciting new band just now and we’ve been lucky enough to share the stage at King Tut’s with them on two separate occasions, they are definitely ones to watch! We’re also loving the sound of “The Parliamo Manifesto”, Parliamo’s latest EP and Gallus too, who have such an incredible on-stage presence. The Scottish music scene is class at the moment with so many great bands and we’re lucky to be a part of it!

We’re still blown away at the thought of our first Glasgow headline gig selling out King Tut’s, the support has been unreal, so the thought of what’s to come next is very exciting – but I think the next big goal we all have would be to play TRNSMT. It’s such a great platform for Scottish bands, particularly the lineup within the King Tut’s and River Stage. Long term, we just want to keep playing bigger and even more mental shows and keep on making music with our mates, that’s what SLIX is all about!

We’ve got a special announcement coming soon so keep your eyes peeled, we’ve also got Stag and Dagger in May too with another couple festival slots in the works, as well as our biggest headliner to date, but we can’t say anything about that just yet… We’ve got our writing hats on at the minute and will be recording some fresh tunes later in the year. 2022 is a really exciting year for us!

IF YOU COULD DESCRIBE YOUR BAND IN 3 WORDS WHAT WOULD THEY BE?