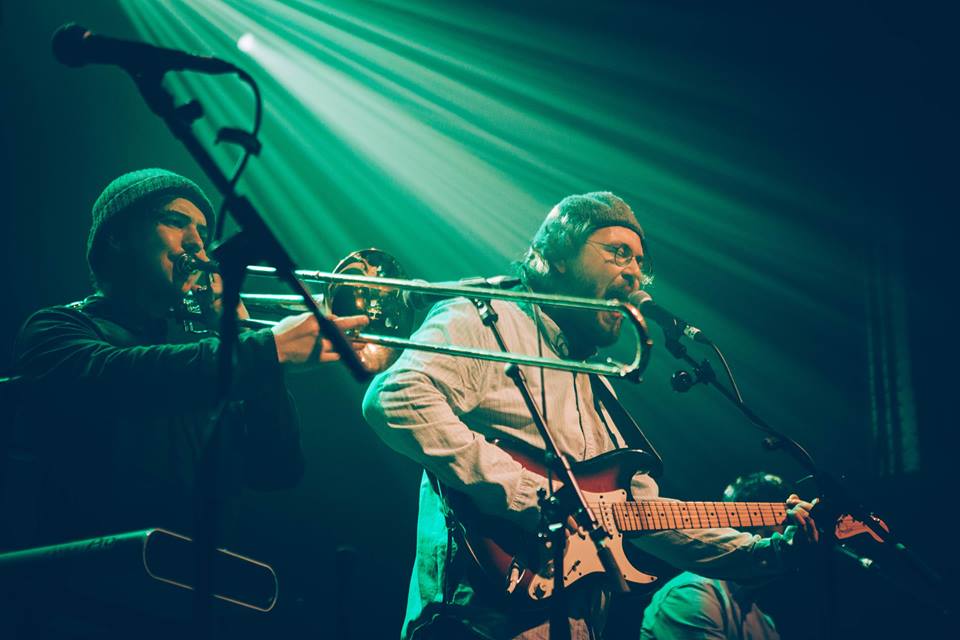 NOT content to be constrained to conventional genres or mainstream taste, Tenement Trail seeks to provide a lineup that is reflective of the wide range of talent currently emerging from Scotland’s contemporary music scene, ensuring that its many diverse components are represented and all tastes are catered for. This year is no different, with the festival showcasing spoken word, garage, grime, hip-hop and soul among the city’s more widely celebrated genres such as rock’n’roll, indie and electronic music.

For those looking for something a bit more eclectic and distinctive, TTV have compiled a list of acts you should check out.

The sad news of Hector Bizerk’s split is undoubtedly going to leave a massive void in Scottish music, but fans will gain comfort in knowing that frontman Louie will continue to remain at the forefront of the scene with his many other creative projects. His new outfit Louie and the Lochbacks has provided him with a different vehicle with which to explore his socially conscious, witty and unbelievably skilled lyricism as his performance poetry and spoken word is accompanied by wonderful acapella vocals from Charlotte Brimner, along with Marc Rooney and Ciaran McEneny from Pronto Mama. A hugely different kind of performance from you may be used to from the frontman but one that will be equally as captivating, thought-provoking and memorable.

MC Shogun exploded onto the internet earlier this year with ‘Vulcan’ and has since become one of the most talked about Scottish rappers with half a million hits online. Tenement Trail is delighted to have the young artist included in this year’s lineup as he continues to use his growing star power to bring the Scottish grime scene into the mainstream consciousness. His clever lyricism and rhythmic flow have set him apart, and it goes without saying that he is set to bring something truly unique and memorable to the festival when he headlines King Tut’s.

The emergence of Scotland’s latest hip-hop star Scholesy has certainly been an intriguing one. The young artist from Dundee played his first ever gig at T in the Park this summer, earning a place on the T Break stage after managing to impress the judges with three tracks he had written in a week. Without much of an online presence, he has been tipped to set the Scottish hip-hop scene alight in the coming months, and has already caught the attention of music industry figures around the UK and further afield in the US. Completely fresh and current, he is said to embrace the melodic side of modern hip-hop while taking influence from the likes of Kanye West and James Blake. His appearance at The Priory Bar will no doubt be full of experimentation; offering festival-goers the chance to catch him as he embarks on something special.

Mark McGowan will be bringing some earthy soul to this year’s Tenement Trail when he opens ABC 2. With a distinctive voice that has the ability to transport you back in time to the 60;s while staying firmly rooted in Glasgow, the singer-songwriter has become something of a cult figure from within the city’s independent music scene. His infusion of folk and soul has rightly gained him many plaudits, with his unique sound built around his intricate guitar patterns, heartfelt lyrical narratives and those unbelievable vocals.

This three-piece from Glasgow continue to offer something completely different than anything else coming out of the city, having spent the last couple of years carving out their own lane and developing a unique sound. Fusing elements of alt-rock and hip-hop together, their forceful drumming and heavy guitars are joined by rapping verses; gradually establishing themselves as the purveyors of eclecticism. Returning to Tenement Trail this year at the Priory, they are sure to take the festival by storm yet again.

An essential part of the DIY scene in Glasgow, Breakfast Muff have an innovative take on garage rock which makes them a thoroughly compelling and refreshing prospect. The combination of their fuzzy guitars, dangerously uncompromising lyrics and distinctive vocals, ranging from deceptively sweet to downright manic, all fit in well with their effortlessly cool, lo-fi aesthetic. This transcends into a raw, chaotic and at times, unpredictable energy when performing live which should make for a memorable set on the Dead Beet Records stage at Broadcast.

The Spook School
This Edinburgh band are bursting with youthful energy, embracing the kind of frenzied and vibrant guitar pop that is impossible not to love. Known for their socially aware lyrics, they challenge difficult issues about gender, inclusion and tolerance through their fun and catchy melodies. The Spook School exude positivity and are all about encouraging people to let loose, have fun and most importantly, to embrace themselves. With two full-length releases to their name, they have a catalogue full of catchy tunes to pull from when they headline Broadcast.

Pronto Mama have gradually established themselves as one of Scotland’s most creative outfits, winning fans over up and down the country with their spell-binding live performances. By constantly defying expectations and refusing to adhere to the rules of convention, they are able to stand alone from their contemporaries thanks to their witty and evocative lyricism, progressive instrumentation and distinctively soulful take on indie rock music. Headlining the Art School stage will only come naturally to them.