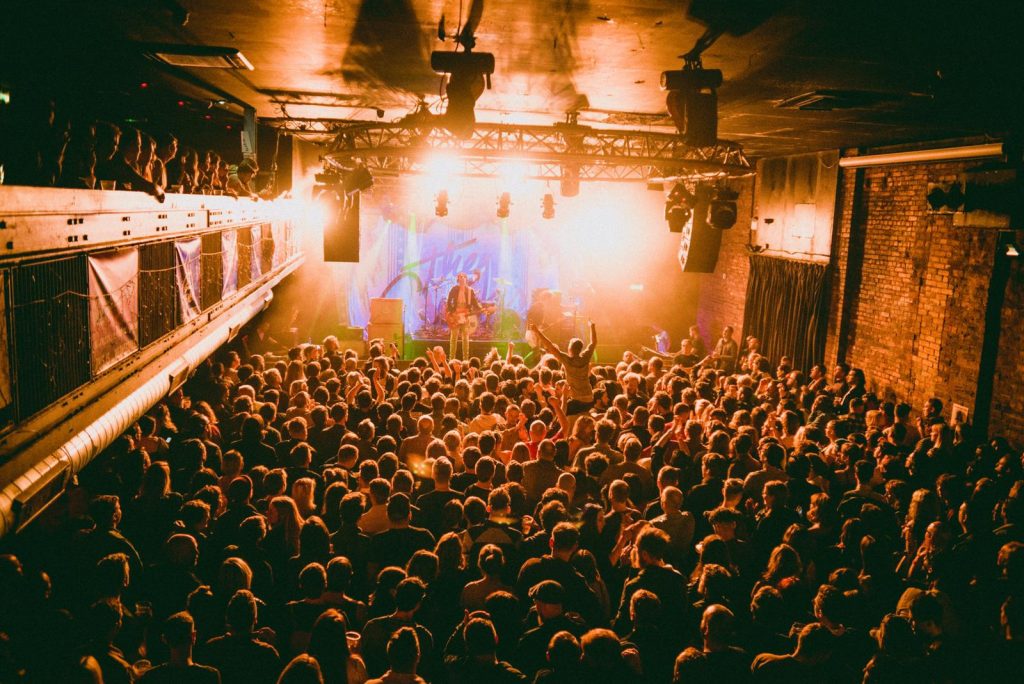 TENEMENT Trail 2018 promised to be bigger, bolder and louder, and the bands, and crowd, certainly delivered. With a day boasting over 60 incredible bands, we have managed to pull together some of the highlights that will live long in Tenement Trail memory.

While some festivals find themselves in a lull around mid-afternoon, there was no sign of that when newcomers Quiche took to the stage in front of a packed, sweaty Priory. A venue synonymous with giving a platform to emerging musicians in Glasgow, the venue has played host to some Tenement Trail favourites over the year, and this year was no exception. This five-piece local psych band have been making serious waves in their relatively short time together. Quiche’s head-bobbing, heavenly sound is an artistic take on the intricate sounds of shoegaze, blending heavy choruses with swooning verses. Destined to ride the wave they have created for themselves, Quiche certainly stamped their flag in the ground at Tenement Trail.

Another band set for huge things in the near future, are Dundee two-piece Beta Waves. Taking to a teatime slot in Sauchiehall Street jazz bar, the Blue Arrow, the inventive electronic duo played a set packed with creativity, to an equally packed venue. With a run of singles behind them, this emphatic pair of talented musicians mix swooning guitar sounds with pounding percussion and the clever use of synths. One of the highlights of their set was their closing track, ‘Let it Out’, a strikingly catchy and clever piece of music, Beta Waves effortlessly blend clever instrumentation with pop sensibility to create a sound you cannot help but dance to. Their performance is the peak of what Tenement Trail is all about, bringing amazing bands to unique venues in Glasgow, with an electronic duo playing in a jazz bar.

Tenement Trail veterans and local favourites The Van T’s packed out G2 as they once again blessed Trail with their presence. Headed up by twins Chloe and Hannah, this four-piece indie outfit are no strangers to the stage, and their experience shines through in their performance. An effortlessly cool, energetic set boasting surf-influenced guitar sounds, catchy choruses and plenty of unshakable swagger. After fulfilling the now legendary Flat 0/1 midnight set, with some of the wildest scenes Tenement Trail has seen, The Van T’s had a lot to live up to with this year’s performance, but they relished the bigger stage, and commanded an even bigger crowd with the same ferocity. 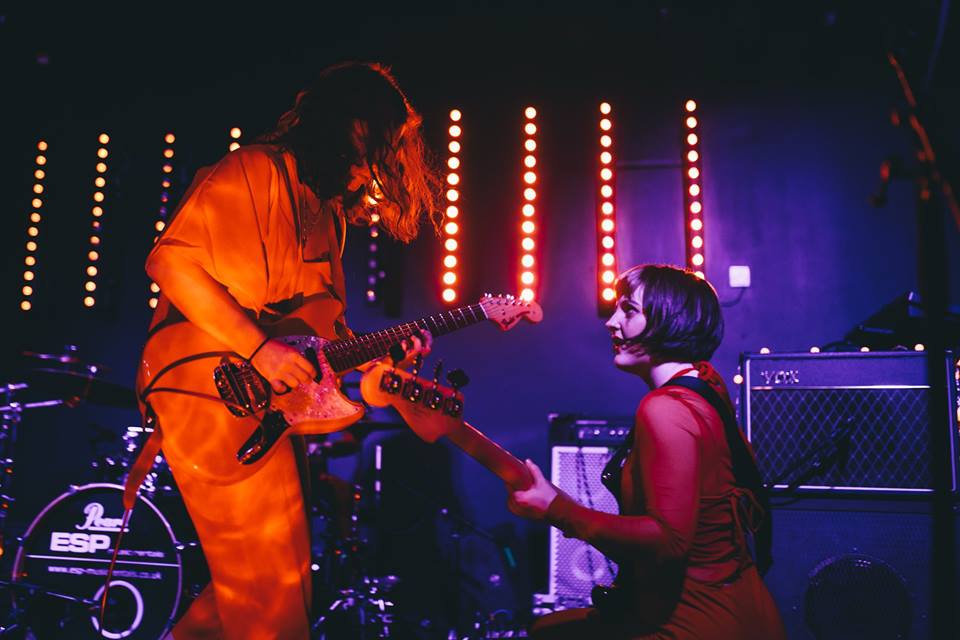 As anticipation was building for the headliners, their was no better band to fulfil the energy of raucous crowd packing out the Garage than the Blinders. Just a week after releasing their phenomenal debut album, this trio of Doncaster psychedelic-punks are proving their ability to command a crowd goes far beyond the underground clubs in which they have made their name. While channeling the sounds and onstage behaviour of early punk, the performances by this three-piece enthral audiences, to not only jumping around in a sweaty frenzy of limbs, but also to marvel at this bands swagger and commanding behaviour. Storming around the stage and getting in the faces of the crowd, The Blinders are relishing the reputation they now hold, and their Tenement Trail performance was testament to the fact that no matter the size of room they perform to, whether big or small, their intensity does not dilute.

One of the most anticipated sets of Tenement Trail 2018 was set to be the alternative dream that is Whenyoung. This Irish three-piece are currently taking on the world with their Alvvays-esque indie pop sound. One of the most striking elements of their performance came from the huge sound the three were able to produce, replicating the mammoth choruses of their recorded tunes, which are ever more magical live. Whenyoung’s shift from indie intricacies to pop-friendly melodies is something to marvel at, with frontwoman, Aoife Power’s intoxicating basslines and heady, dream-like vocals floating over the top of incredibly well-crafted riffs.

Yonaka have made a name for themselves as one of the UK’s most ‘dangerously exciting’ rock bands, so what better crowd to put this hard-rocking Brighton four-piece to the test than a packed Garage at Tenement Trail? Their performance was nothing short of stunning. A set filled with in-your-face sound, commanded and presented with stage presence and swagger that oozed professional confidence, something most bands would envy. Theresa leads her band in the crowd with every line she sings. A truly badass performance that fulfilled all expectations that this hard-rocking four-piece are set for the top.

Headlining Tenement Trail 2018 was The Cribs, a band who personify everything that makes this music scene great: they are loud and they do it for themselves. From the sweaty clubs of Leeds to festival main stages, the Cribs have soundtracked the surface of the UK indie music scene for over 10 years. Their headline set at Tenement Trail was testament to the longevity of their their most popular indie anthems. Opening their set in a way befitting for The Cribs, launching into the punk-tinged ‘Our Bovine Public’, which saw the entire room start to shake as their blistering performance began. As Tenement Trail was the Jarman’s final show of 2018, they certainly closed with a band. Their setlist was a blinding tribute to their huge career, sampling all of their albums, with some unbelievable singalong scenes during tracks like ‘I’m a Realist’, ‘Men’s Needs’ and ‘We Share the Same Skies’. While the influence of some indie bands who broke through in the 2000s has, to an extent, aged less well, the same cannot be said for the Cribs, who still perform with the same energy and attitude that they always have. 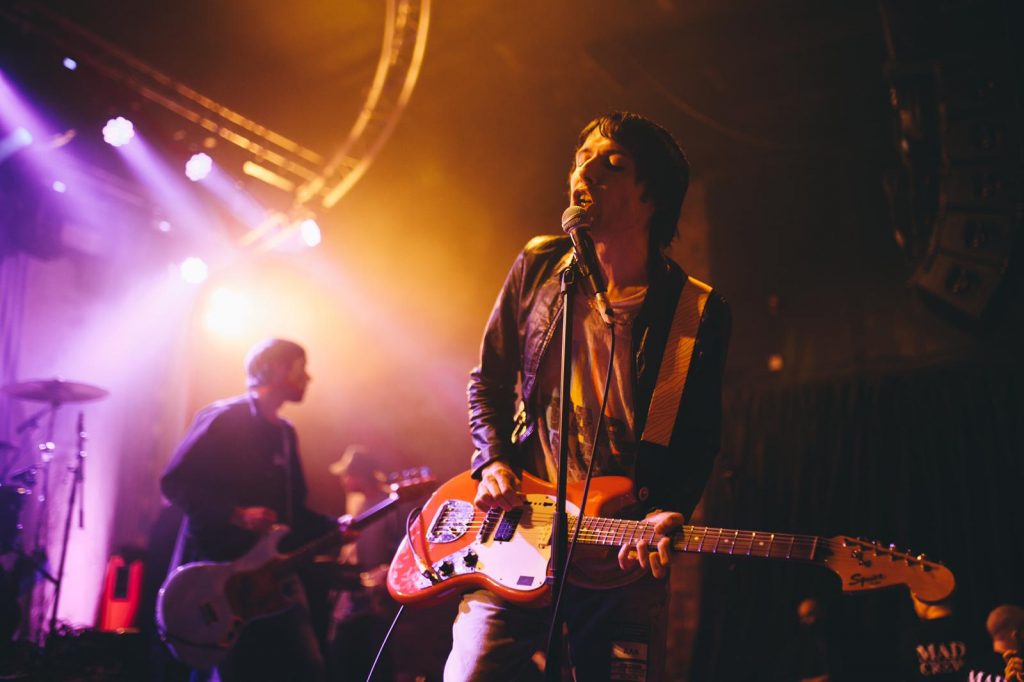 Tenement Trail 2018 was full of highlights from the second the first chord was struck, with Pleasure Heads packing out Nice n Sleazy’s before we even hit 3pm: a room crammed with eager fans relishing in the band’s crafted, in-your-face sound full of smart songwriting and swagger. Public took over the Priory for Tenement Trail this year. They turned this underground bar into an unmissable showcase of emerging talent, with Snash, Gallus and The Vanities keeping crowds pleased throughout the day, closed in a typically LOUD Trail way, with The Murder Capital rounding off the day.

Tenement Trail 2018 was once again an incredible celebration of music. With indie icons and local talent, electronic and punk, it was certainly bigger, bolder and louder.

TTV GUEST POST: A tribute to the trailblazer that was Dale Barclay