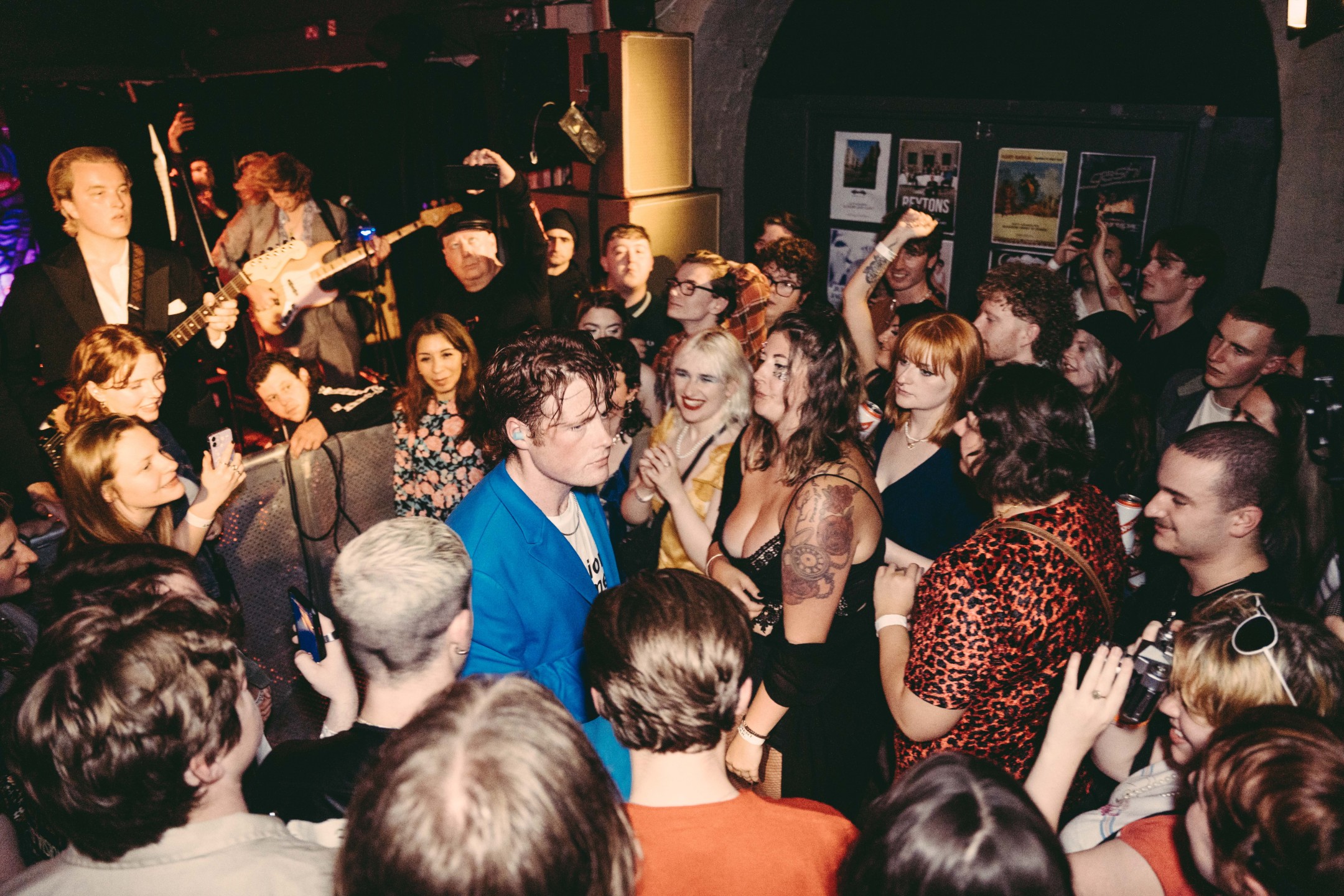 AFTER a three-year absence, TENEMENT TRAIL made a triumphant return this weekend with one of the biggest and best editions yet. With thousands of music fans in attendance and a line-up bustling with talent from the very first note, Glasgow’s East End was the place to be on Saturday as it was brought to life by the festival’s famous atmosphere and spirit.

Fifty acts performed across eight venues and 12 hours of live music at one of the biggest Trails yet, as Scotland’s biggest and best new music festival took over some of the nation’s best-loved venues such as the world-famous Barrowlands, Saint Luke’s and the stunning Barras Art and Design.

With a line-up boasting some of the nation’s best emerging talent as well as a vast array of hotly-tipped prospects from further afield, it was a day marked by many memorable moments as thousands of festival-goers as they dashed from gig to gig in the hope of discovering their new favourite band or artist.

So, let’s look back on some of the best moments from Tenement Trail 2022, from us and you…

A breath of fresh air, Little Quirks set was powerful, fun and absolutely joyful – destined for big things, it won’t be long until they take on bigger festival slots in the future.

Joshua Grant opened Barrowlands 2 with some heartfelt rock & roll. He brought all the energy and won many new fans at his 2.30pm slot.

After beating off hundreds of competitors to win our TENEMENT TRAIL competition, Tina Sandwich attracted an impressive crowd to her mid-afternoon slot at BAaD. Brimming with charisma and punk energy, she’s an artist born to perform – and we can’t wait to see what she does next after this brilliant show.

Over at St Luke’s, Siv Jakobsen brought the crowd to a standstill with her achingly beautiful songs and powerful lyrics. A nice change of pace, she left Glasgow with many new fans.

Meanwhile, at Van Winkle, Tom A. Smith had punters queuing up the street to catch a glimpse of his set. His rock anthems went down a treat with the enthusiastic crowd, especially his most recent single which was written alongside Miles Kane. Another artist poised for a big future.

Glasgow that was wonderful. Jam packed @VanWinkleBar and the best crowd in the world ever. If I get an invite next year we are gonna need a bigger stage, sorry if you couldn’t get in. Thank you @tenement_trail what a brilliantly organised festival you have pic.twitter.com/qi4vD8lmUL

Bringing all the indie rock & roll energy, The Katuns played to a packed out St Luke’s and made a big impression on their TENEMENT TRAIL debut.

As Sixpeace opened up The Barrowlands with their quirky, catchy indie tunes and She’s in Parties channelled Mazzy Star and The Cranberries in Barrowlands 2, Spyres played to one of their biggest crowds to date at BAaD. In the midst of a UK tour, the four-piece returned to their hometown for a memorable show that was packed with singalong hooks, those brilliant vocal harmonies and driving guitar anthems.

Over at 226 Gallowgate, Paisley-based rapper Washington got up close and personal with the crowd – showing why he’s one to watch with his incisive wordplay and cool stage presence. The crowd was bouncing by the time he finished his set, with the party in full flow.

Meanwhile, Dead Pony topped off a memorable few months with a stand-out show at BAaD. Having spent a considerable amount of time on the road this year, all the hard work has undoubtedly paid off – their live show is as tight as it is ferocious. Armed with brilliant stage presence, Anna Shields expertly got the crowd going against a backdrop of heavy riffs and pummelling rhythms. Their recent EP ‘War Boys’ is a must-listen.

Tenement Trail 🤤 that was outstanding!!! Thank u so much everyone who packed out BAaD and went nuts with us. That’s a night we will never forget !!! 🖤🖤 pic.twitter.com/KoumAAORKk

Band of the moment Uninvited took to the Winged Ox stage later on, performing recent hits ‘The Party Song’, ‘Behind The Black Door’ and more. Having already played a number of huge shows this year, they took this one in their stride – and it didn’t take long for them to reach full capacity either.

Our headliners Vistas delivered a masterclass in indie-pop on the Barrowlands main stage. No strangers to the famous venue after selling it out last year, their set was effortless – brimming with singalong moments and danceable pop hooks. With hands aloft and fans on shoulders, they delivered 90 minutes of pure euphoria.

Felt great being back at @TheBarrowlands last night. Loved it. Thanks to everyone who came along.

Meanwhile, over at BAaD, Gallus brought a whole new level of frenzied chaos to the festival. Inciting mosh pits from the very get go, their 45-minute set went down a storm, raising the atmosphere to a whole new level with their indie-punk anthems. Performing a mix of material, both old and new, they also treated fans to their recent cover of Harry Styles, as seen on TTV – with frontman Barry Dolan inciting chaos from the stage and from within the crowd.

One of the biggest sets of the day, they have just announced details of a headline show at Glasgow’s SWG3 on 30th March 2023. Don’t miss it – get your tickets here.

Glasgow, that was special. To everyone who packed out BAad and made that show what it was – thank you.

Now we have @swg3glasgow to look forward to. Tickets are on sale now and moving fast. Let's sell it out. https://t.co/Rgc5Alf3d0

And it wasn’t over yet. Over at Saint Luke’s, Swim Deep delivered a career-spanning set that kept the party going – old tracks like ‘King City’ and ‘She Changes The Weather’ proved as popular as ever.

Meanwhile, over at McChuills, the night was off with sets from HighSchool, Mikey Callisto and The Dinner Party. However, it was left to The Big Day to bring the whole day to an end – and they did so brilliantly. Following in the footsteps of Rascalton, The Dunts, Lucia and the Best Boys and more, their late-night closing set was a triumph. With Ryan Hunter at the helm, they delivered catchy tune after catchy tune – full of swagger and big pop ambition.

And with queues winding round the block, it proved to be one of the most highly-sought after shows of the day. A band destined for big things, fans will be pleased to know they’ve just announced a headline show at King Tut’s on 23rd December. Get your tickets HERE.

The iconic after midnight slot with @thebigdayband did not dissapoint 🫶👏🔥

❓❓ Go on then, who was your favourite #TENEMENTTRAIL act from #TT22 ? 👇 pic.twitter.com/VA61n6aLbK

EVERYTHING YOU NEED TO KNOW ABOUT TENEMENT TRAIL 2022