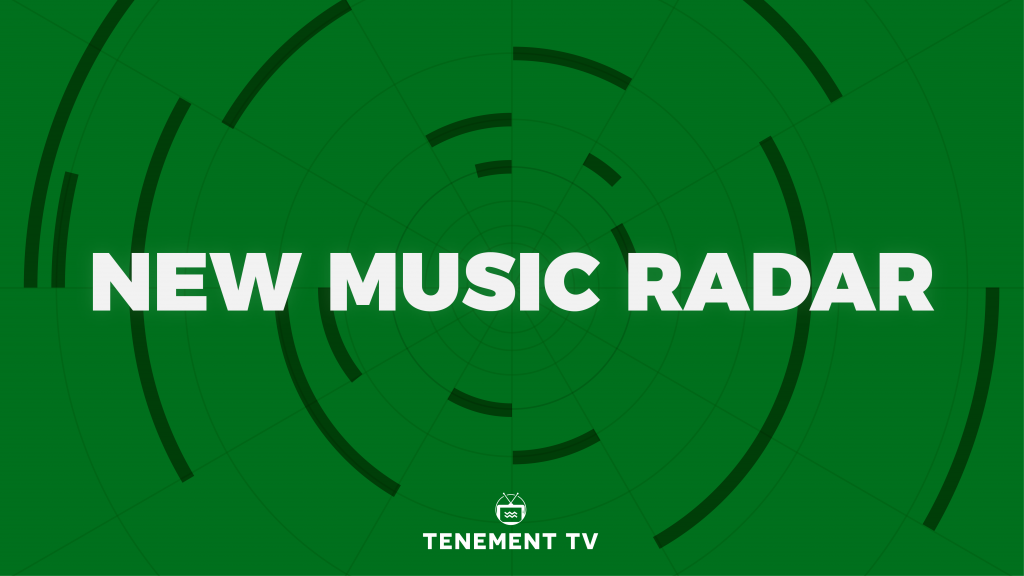 SUMMER has officially arrived in Glasgow this week and we have carefully curated the perfect soundtrack for the weekend ahead. Featuring new tracks from newcomers Russell Stewart, Courting and swim school, there’s also offerings from Lucy Dacus, Blanck Mass, Friendly Fires and Liam Gallagher.

Breathing new life into a vintage soul sound, Russell Stewart has seized the attention of the Glasgow music scene with his silky vocals, effortlessly cool grooves and heartfelt tunes. Reminiscent of modern songwriters like Rex Orange County and Tom Misch in his enthralling combination of neo-soul, funk and jazzy stylings, his latest tune ‘Midsummer’ is made for the sunny season. Brilliantly  infectious and brimming with feel-good vibes, warm keys come together with laid-back, enticing melodies and a delectably smooth production to create this sun-soaked hit.

Set to appear alongside some of the UK’s finest emerging talent on the King Tuts stage at this years TRNSMT Festival, Edinburgh’s Retro Video Club are gearing up for their set with the release of ‘Night In’. Opening as a tender, pared back number, the track soon builds into a widescreen, driving slice of indie rock which displays all their stadium sized ambitions in abundance. Perhaps one of their most emotionally evocative cuts to date as they seek the comfort of a night in with the person they love, it’s another step up for a band who are going in all the right directions.

Swim School ‘take you there’

Set to make their TRNSMT debut on the newly announced Queen Tut’s stage in a couple of weeks, Edinburgh’s Swim School have unveiled their second single and it’s another shimmering slice of sun-drenched indie-pop. Remarkably accomplished for a band who are very much only in their very formative stages, there’s a wonderful airiness and wistful romanticism about ‘take you there’. A shimmer of synths sweep over you as the effortlessly restrained yet compassionate lead vocal reels you in and carries you across 3 and a half minutes.

Liverpool post-punk quartet may be a relatively unknown prospect around these parts but if their debut single is anything to go by, that won’t last for long. ‘Not Yr Man’ is an exhilarating opening gambit from the outfit which rails against hypermasculinity and the pressures that come with it. A call-to-arms in the name of individualism, there’s a refreshingly raw and organic dynamic here that is impossible to ignore; as if the band are thrashing things out in a room with all the intensity of a live performance. Anthemic as it is aware, Courting already feel like a vital and incredibly promising addition to the UK punk scene.

Speaking of the track they said: “The track was written in response to the idea of hypermasculinity often being a front for insecurity. We would hear people telling insane stories about fights they’d had or animals they’d saved from trees. It is still difficult as a man to exclude yourself from the pressures of being machismo, so we tried to have fun with it and write them into an anthem in the name of individualism.”

It’s been some week for Friendly Fires who announced the release of their first new album in over eight years. Co-produced by Disclosure and James Ford, the album Inflorescent will be released on 16th August and has been preceded by the bongo-fuelled ‘Silhouettes’. Returning just in time for summer, there’s no better time to get reacquainted with the indie trio whose vibrant, disco-infused bangers are perfect for the sunny season. They’ve delivered yet another dancefloor filler in ‘Silhouettes’ which features layers of melody, spacey synths, a grooving bassline and propulsive rhythms which all build up to an explosion of colour on its intoxicating chorus.

Lucy Dacus, otherwise known as one third of the fiercely talented group boygenius, has unveiled an anti-patriotic tune called ‘Forever Half Mast’. From the very opening line, we are aware that, like many of its natives, her feelings towards America are very conflicted. “Yes, you’re evil, but you’re not that bad” succinctly sums up her ambivalence. Arriving just in time for Independence Day on 4th July, the track marks the latest instalment in her series of tracks released to tie in with holidays like Mother’s Day and Valentine’s Day. It’s another thought-provoking offering from the singer-songwriter which still inspires hopefulness, despite all of the horror which surrounds it.

Along with the announcement that he will be releasing a new album called ‘Animated Violence Mild’ on 16th August, Blanck Mass has unveiled a preview track called ‘No Dice’. “No Dice is about denial” according to producer Benjamin Power. “No Dice is about denial. It’s the voice in the back of your head stopping you from moving forward, the separation between your head and your heart.” Industrial beats meet big pop melodies in the song but there’s definitely a sinister layer which bobs its head to the surface; a streak of malevolence that makes this cut playful yet strangely eerie at the same time.

Gearing up for the release of his new album ‘Why Me? Why Not’, Liam Gallagher announced a massive UK and European tour for later this year which will take place in November and bring him to both Aberdeen and Glasgow. In amongst all the exciting news, he also shared a brand new slice of music called ‘The River; a stomping slab of rock & roll that will go down a storm with his fans. A call-to-arms that rails against establishment hypocrisy, he urges his fans to get up and question authority in typically swaggering fashion.

Check out the full playlist for June below.

From Glastonbury to Glasgow, Scotland's festival season kicks off