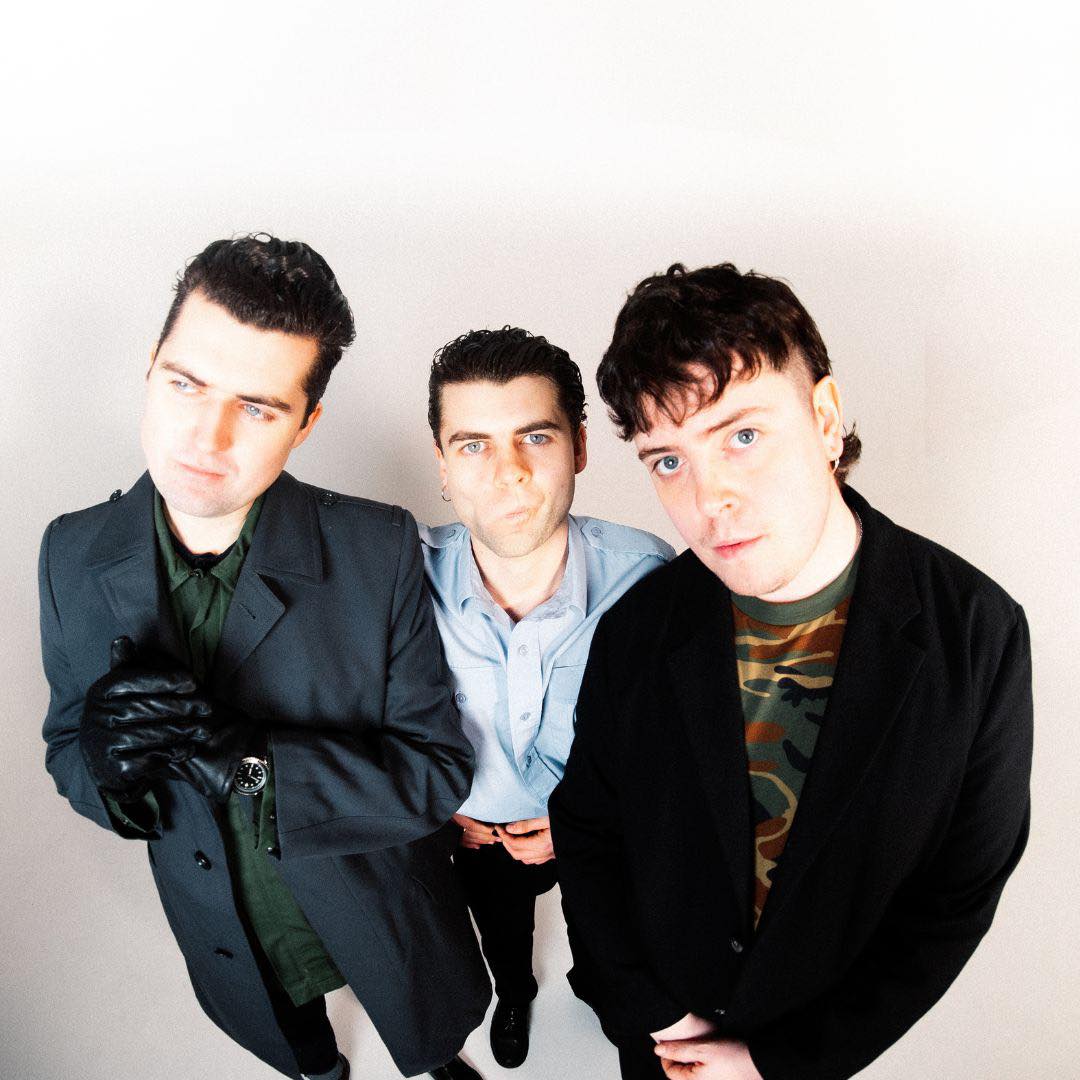 NEXT weekend, Baby Strange will headline the River Stage at Scotland’s biggest festival TRNSMT. Appearing on the same day, and crucially, just before long-time heroes The Strokes, it will mark another milestone in what has been a memorable year so far for the trio.

Ahead of playing the Glasgow Green festival, we caught up with the band’s Johnny Madden about TRNSMT, what it means to play alongside The Strokes, their new album and more.

“We’re playing a high energy set, it’ll be the first time we’ve had the chance to play songs from the new album so we’re really excited about that. We’ve been going to TRNSMT since it started so it’s a real honour to be headlining one of the stages!”

The Saturday of TRNSMT is absolutely jam-packed with talent with the likes of Wet Leg, Self Esteem, Kenny Hoopla, The Snuts, Fontaines D.C all set to appear – as well as the small matter of a Strokes headline set. The New York outfit have been a major influence to so many over the years – and Baby Strange are no different.

He says “The Strokes are the biggest influence for me, they changed the way I looked at music from a very young age. They taught me a lot about how songs should move, how keeping things simple can be super effective and a lot about production too. I can’t wait to see them after we play.”

It’s set to be another major highlight of what is proving to be a big year for the band. On 17th June, they unveiled their long-awaited second album ‘World Below’ – a record packed full of stabbing guitars, relentless beats and rousing anthems. Since it’s release, it has broken into the Scottish album and UK Indie album charts – landing them their first ever chart positions.

Of course, six years on from the release of its predecessor ‘Want It Need It’, a lot has happened – and ‘World Below’ marks a distinct shift in the band’s sonic evolution.

Speaking about its release, they say “It’s such a great feeling. It’s like a massive weight off your shoulders gets lifted when you put a record out, it’s daunting but mostly exciting. There was a point when we wondered if we’d ever actually get the opportunity to put out a second album, so to have it out in the open and for it to get the reaction its had is amazing.

“It’s a pretty versatile album so I’m sure it would work in any setting. It has big choruses, made for summer and festivals but also has dark, slower moments that would work when you’re on your own, submerged in your own thoughts.”

Whether it’s their growing confidence as songwriters, Johnny Madden’s experience as a producer or an expanding list of influences, the second album is far more eclectic – taking the punchy, garage-flecked indie for which they’ve become known and elevating it with some surprises along the way – notably the grinding, industrial grooves on ‘Midnight’, the quirky synths and rippling choruses on ‘When It Calls’ and the ominous, minimalist ‘Only Feel It When I’m With You’ which features guest vocals from Hayley Mary. Fuelled by that familiar aura of defiance and straight-talking lyrics, it makes for an invigorating listen.

Speaking about their progression, Johnny says “Our sound has evolved quite a lot since the first album, we wanted to be braver on this one and push ourselves out of comfort zones more. It was scary doing that but also really rewarding. We’ve gotten a lot better as writers too, we’re more confident in what we’re saying and how we want it to sound sonically. We’ve already started writing the third album, we’d like this one to be out within the next year and a half.”

A special body of work that deserves your full attention from start to finish, Johnny discusses what it’s like to release an album in the TikTok era – when everyone’s short attention spans are causing a demand for quick and instant hooks.

He says “It’s super important, listening to a full album start to finish is a journey, it puts you in the head space of the artist for the duration of it, which it’s special. Because of TikTok, everyone is trying to create 20 second hooks in songs purely with the hope of it going viral. The rest of the song is most likely an afterthought. This mentality is diluting a lot of todays music in my opinion. TikTok is great for some things, but I think when your sole purpose is to become viral, something’s went wrong.”

With no shortage of fresh ideas and creative inspiration in their arsenal, there’s plenty still to come from the Glasgow punk veterans. He confirms “We definitely won’t wait so long before the third album! It’ll come fast.”

Listen to ‘World Below’ here.

Catch the band on The River Stage at TRNSMT on Saturday 9th July at 7.50pm