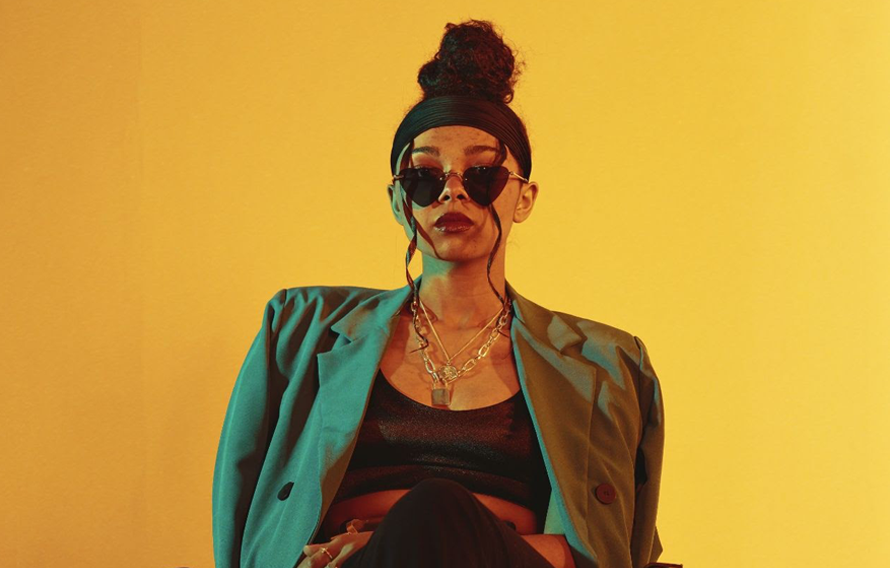 IF you’ve not heard the name Brooke Combe, then it’s time to sit up and take notice.

The Edinburgh songwriter became a social media sensation last year by  posting searing yet soulful bedroom covers of tracks like ‘Why’d You Only Call Me When You’re High’ by Arctic Monkeys and ‘Yes Sir, I Can Boogie’, the latter in the wake of Scotland’s play-off success. Quickly amassing an eye-watering following online and successfully seizing the attention of those scrolling through their timelines, it quickly became clear that there was far more to Combe than just bedroom acoustic covers.

As interest continued to grow, within weeks she found herself signing contacts, working on her own original material and being invited down to Liverpool’s famed Parr Studios to work with the likes of The Coral’s James Skelly and Blossoms’ Charlie Salt.

Since then, there’s been no going back. Brooke unveiled her debut single ‘Are You With Me?’ to great acclaim – a bouncy heartbreak anthem that pairs her powerful vocals with punishing lyrics and stirring Motown influences. She then followed it up with equally great tracks like ‘Used to Love Me’ and ‘Impress You’ – showcasing her incisive lyrical style alongside a knack for stomping hooks.

As her star continues to rise, we caught up with Brooke to find out about her highlights of 2021, her ambitions for the year ahead and more.

“I’m feeling good about what I’ve achieved last year. I’m quite quick to critique myself and don’t usually look back but when I do reflect, it’s been a good 12 months.”

“I’ve got a few highlights in 2021. Signing with Island, working with Miles Kane, doing my first ever gig.”

That first gig was a landmark for more than one reason – not only was it her debut show, it also marked the opening of King Tut’s after lockdown. From that moment, she’s made more than an impact on the live circuit – opening up for Courteeners and The Snuts to name a few.

Speaking about what’s coming up, she’s got plenty to look forward to – including the small matter of a UK tour supporting Miles Kane. She said “I’m looking forward to heading out on tour to support Miles as well as really working on my live set and getting it perfect for festival season. I think 2022 will be a great year, and I’m excited to show everyone what I have in store.”

‘I’ve got a few goals but to be honest I’m still finding my feet in the whole music world. I want to keep playing gigs and making music I’m proud of.”

Her music channels a myriad of influences – the ‘90s R&B played in her mum and dad’s house, the Motown her grandparents would play her. She also has a love of great songwriting, vocalists and lyricists with their own idiosyncrasies – such as Amy Winehouse and Fleetwood Mac.

She adds “I’ve been watching the Beatles “Get Back” and I’ve found watching them come up with tunes and stuff quite inspiring and interesting. I like to analyse lyrics and I think I might start looking into theirs a bit more.”

As a member of Scotland’s flourishing music scene, Combe is one of many artists making their mark way beyond the confines of her hometown. She says “There’s some good music coming out of Scotland at the minute. Get on The Rahs, they’re my pals and they’ve got some good stuff going on at the minute.”

And as for new music? “We can expect new music really really soon. Keep your ears pinned and dust off your dancing shoes. Let’s go baby.”