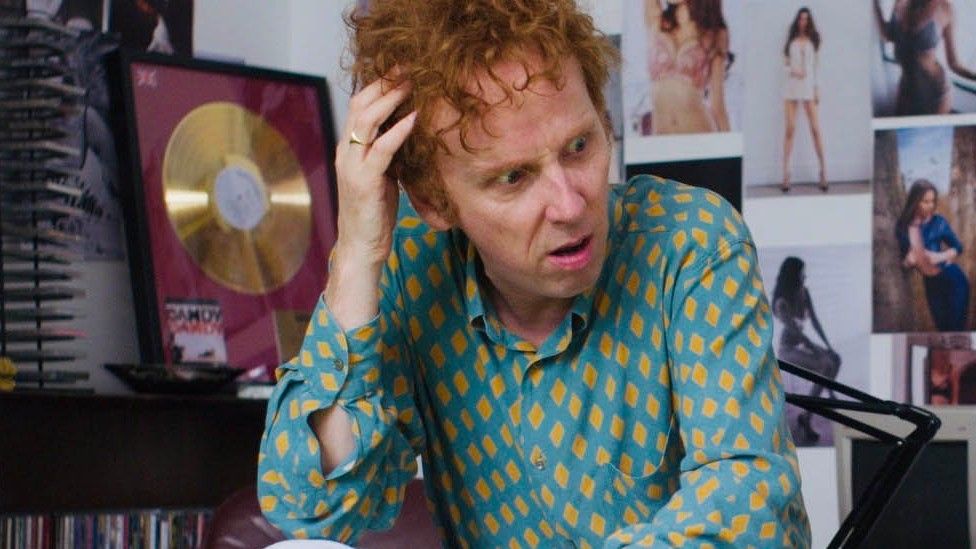 THE life of one of Scotland’s most powerful musical exports, Alan McGee, gets the cinematic treatment in ‘Creation Stories’. Set around McGee’s hedonistic drug-fuelled trip to a mid-90s LA, a brutally glamorous sign of the times, as McGee (Ewen Bremner) recalls his life in an interview with American music journalist, Gemma (played by Suki Waterhouse).

Opening scenes a barrage of old Glasgow photos and footage, perfectly illustrate the time that young Alan (Leo Flanagan) was finding his feet in and rebelling against. The film effortlessly flips between brutal and rejoicing scenes that go between his early encounters with Bobby Gillespie, contrasted by a harsh home life and abusive, un-supportive father. Alan’s Father, portrayed brilliantly by Richard Jobson, is incredibly disapproving of the punk scene and, as he calls them, ‘The Sexy Pistols’, which further fuels Alan’s fire to leave for London.

The film, directed by Nick Moran,  moves at almost break neck speed and before you know it, Alan has moved from his family home in Glasgow to London, and the viewer finds themselves thrown into the harsh reality of London life alongside the characters. This pace continues throughout the film, and with every passing awkward Christmas dinner and Christmas number one you can see McGee’s move from aspiring Bowie-like star to record label guru. A clever way to show the passing of time and Alan’s ever changing, and growing, ambitions. At this point, Bremnar effortlessly plays McGee in both the mid-90s and 80s, equipped with a wig and a “they’ll be bigger than U2” attitude.

As McGee’s 80s excess expands, the film drifts into some incredibly bizarre scenes thanks to hallucinations, and encounters with record label professionals, Alesiter Crowley and more, in a similar vein to some of Trainspotting’s most iconic scenes. This timeline mirrors the state of McGee’s LA interview, which, thanks to more and more booze, becomes increasingly chaotic and intense, much like the running of Creation Records. This humour in chaos can at times be dark and twisted, however this feels like holding a mirror to what the UK was like at the time throughout the 1980s; brutal, harsh, grey, however there will be always be somewhere in there to find humour, especially for Glaswegians.

The passing of Alan’s mother is a sombre tonic to the hard liquor of that time in McGee’s life and the movie itself. A scene that falls right into the most defining 10 minutes of the film, and McGees career: Screamadelica and THAT night at King Tut’s, thanks to a missed train back to London. This however is not the first point in the film there is a glimmer of Oasis. There are nods to the superstars throughout the film that would excite any fan of the Manchester band, including Paul Gallagher cast as an onlooker to an early Television Personalities gig.

While it may seem like a daunting task to attempt to slip into the role of one of the biggest bands, and biggest personalities in rock and roll history, Leo Harvey-Elledge finds his feet as Liam Gallagher incredibly in this film. Going for a real performance over the tribute-band, caricature style that Oasis superfans attempt at karaoke. Speaking about the role, Harvey-Elledge said “There’s so much out there to look into, so many videos, so it’s a gift as an actor.”

Following his interview, the film takes a rather grim turn. The darkest of dark sides of music industry hedonism. Drug-fuelled parties with strangers Alan can’t stand, waking up in crack dens and alcoholism. From here the inevitable curse of substance abuse ultimately leads to McGee’s deterioration and rehabilitation, which stylistically is a cinematic antidote to the colourful and joyful scenes of Alan’s life in the 1980s.

The touching end of the film shows Bremnar playing ANOTHER Alan, one that is accepting of his previous excess and current success, slipping into politics or as he describes it, “rock and roll for the ugly”. From here, the life and feeling of Alan comes to life in one of the film’s most touching scenes, an interview where Alan breaks down in tears recalling everything he has done for the bands, the country and the scene, leading to a closing scene which will make any music enthusiasts’ hairs stand on edge. There’s always something to rebel for.

The film would leave any aspiring mogul longing for a time of pressing vinyl and blind ambition and when indie labels could actually make it big. A 108-minute thrill ride of excess, rise, downfall, recovery and GREAT MUSIC.

Creation Stories premiered at the Glasgow Film Festival on 24th February. It will then be available on Sky Cinema from 20th March.