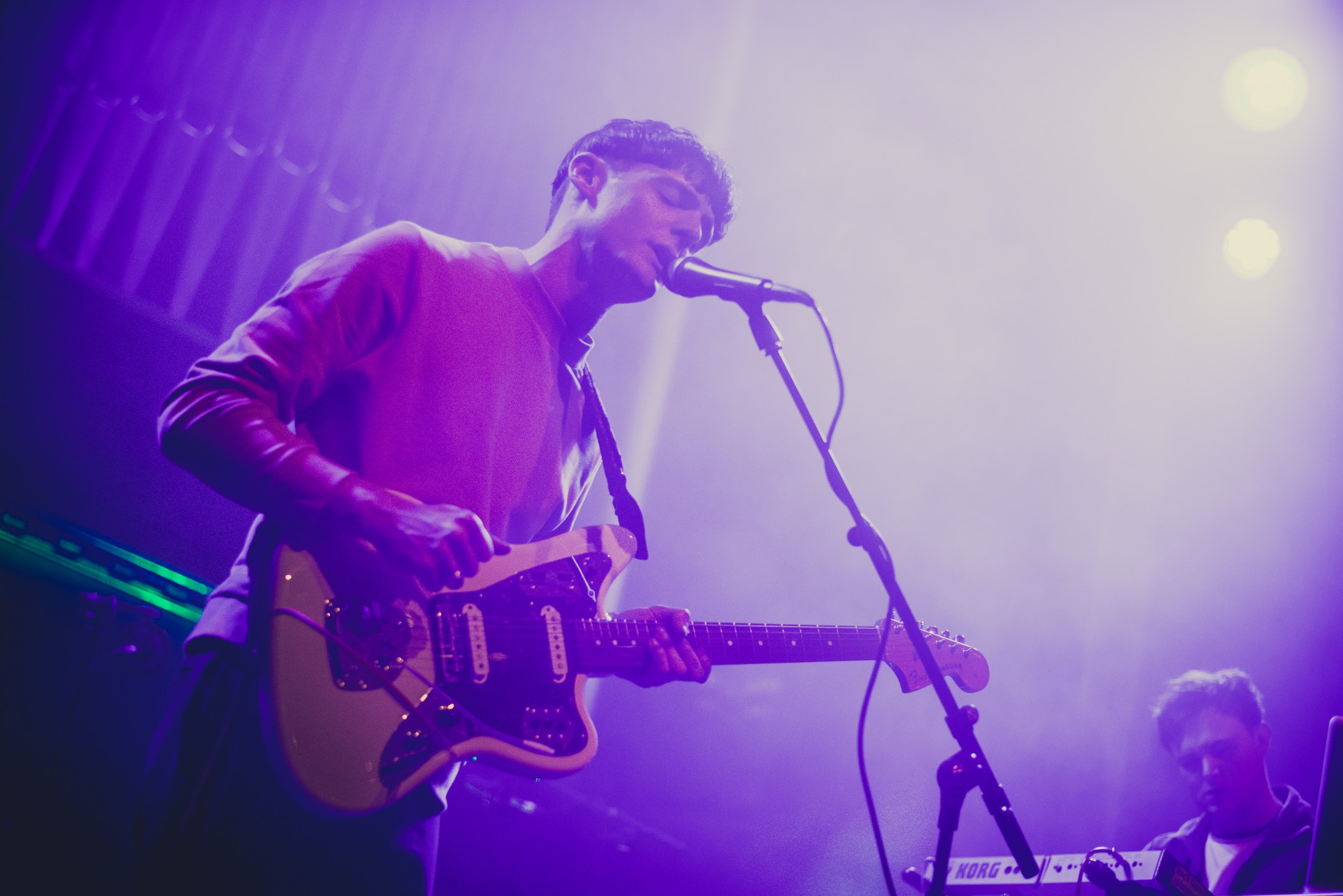 ASK the uninitiated about what’s on offer at Tenement Trail and you may be met by a skewed perception. Given our role in popularising the next wave of Scottish guitar music and how synonymous these riotous outfits have become with the event itself, there could be a reductive idea that it’s all we’re focused on. In reality, we aim to mirror the unrepentant eclecticism of festival-goers and consumers the world over, sprinkling in hints of music that is derived from diametrically opposed sets of influences.

Whether they dabble with the synthesised side of the spectrum or fully entrenched in drum pads, samplers and sequencers, here’s a rundown of some of the electronically-minded acts that’ll be venturing to the East End this very Saturday.

Ethereal, demure and impenetrably considered, OK Button have been firm favourites at TTV ever since they joined the ranks of the London edition of our Discover Tour back in April, Comprised of delicate vocal interplay, the fast-rising trio weave wistful tales of idyllic days and the heartache that lurks just out of sight over tantalising, borderline hypnotic production. No stranger to conjuring up poignancy or beauty, their invigorating sound is one that draws you into its thrall and is even more arresting in-person. Get familiar.

Utterly transcendent in every sense of the word, Dundee’s Beta Waves have regularly demonstrated not only their versatility but their ability to shirk even their own audience’s expectations of what’s to come. Although they may share a name with the bianaural frequencies that can usher the restless mind to sleep, Beta Waves’ remit is something else entirely. Hedonistic, introspective, Balearic or abrasive, the group are capable of transporting the crowd to any headspace they want within minutes of another and tracks such as “Let It Out” “Another Mad Crab” and “Love Love Love” speak to an innately restless creativity that’s a genuine joy to behold.

A meeting of the minds between Britain and Germany, Lunir’s cross-section of influences and irrepressible knack for a hook has garnered them no shortage of admirers. Formed in 2015, Becky Sikasa and David Scobie take the tropes of neo-soul and transfigure them into new, more celestial shapes. The perfect counterbalance between the traditionally austere nature of electronic music and the heartrending intimacy of pop at its most candid, their latest single “Cubs” exudes hit-in-the-making and it’s only a matter of time before the rest of the world takes heed of their undeniable talents.

Said to have joined forces after a chance meeting a chess club, APRE are a duo with no shortage of innovative ideas. Although infectious indie rock is doubtlessly in their wheelhouse, they are no stranger to injecting an undercurrent of enrapturing electronica into proceedings. Twinned with an adeptness for songwriting in the classic canon of pop, tracks such as ‘After You’ and new single ‘5 To 5’ exhibit a willingness to trifle with the unknown and it’s paid off in dividends.

Hailing from Edinburgh, Maranta are a duo that have a penchant for the mesmeric. Upon throwing yourself into their catalogue, it doesn’t take long before you’re ensnared by its transfixing qualities. While it contains a mere 5 tracks, their 2019 EP Care ii Cure contains the sort of wealth of well-executed ideas that bands scarcely fit into an entire full length record. For anyone that’s an avid fan of Twin Peaks: The Return, Maranta are an outfit that harbours the ambience and flair for the quietely alluring that would get them a spot on the stage at the roadhouse.

Where other entries in this list use electronica for propulsive purposes, Glasgow’s very own Who’s Olivia do so in order to compliment their sumptuous compositions. Relative newcomers to the scene, their emergence came in the form of last month’s ‘She’ and demonstrated a virtuosic ability to imbue a mood. As to where their expertise lies, it comes in the form of an ambient sound that bears none of the negative connotations that many ascribe to the sub-category. Rather than being listless or devoid of emotion, ‘She’ proves that Who’s Olivia are an act that know how to use minimalism to their advantage and deliver an absolutely riveting narrative along the way.

The remaining tickets for this year’s Tenement Trail are available now via Ticketweb.

Everything you need to know about TENEMENT TRAIL 2019