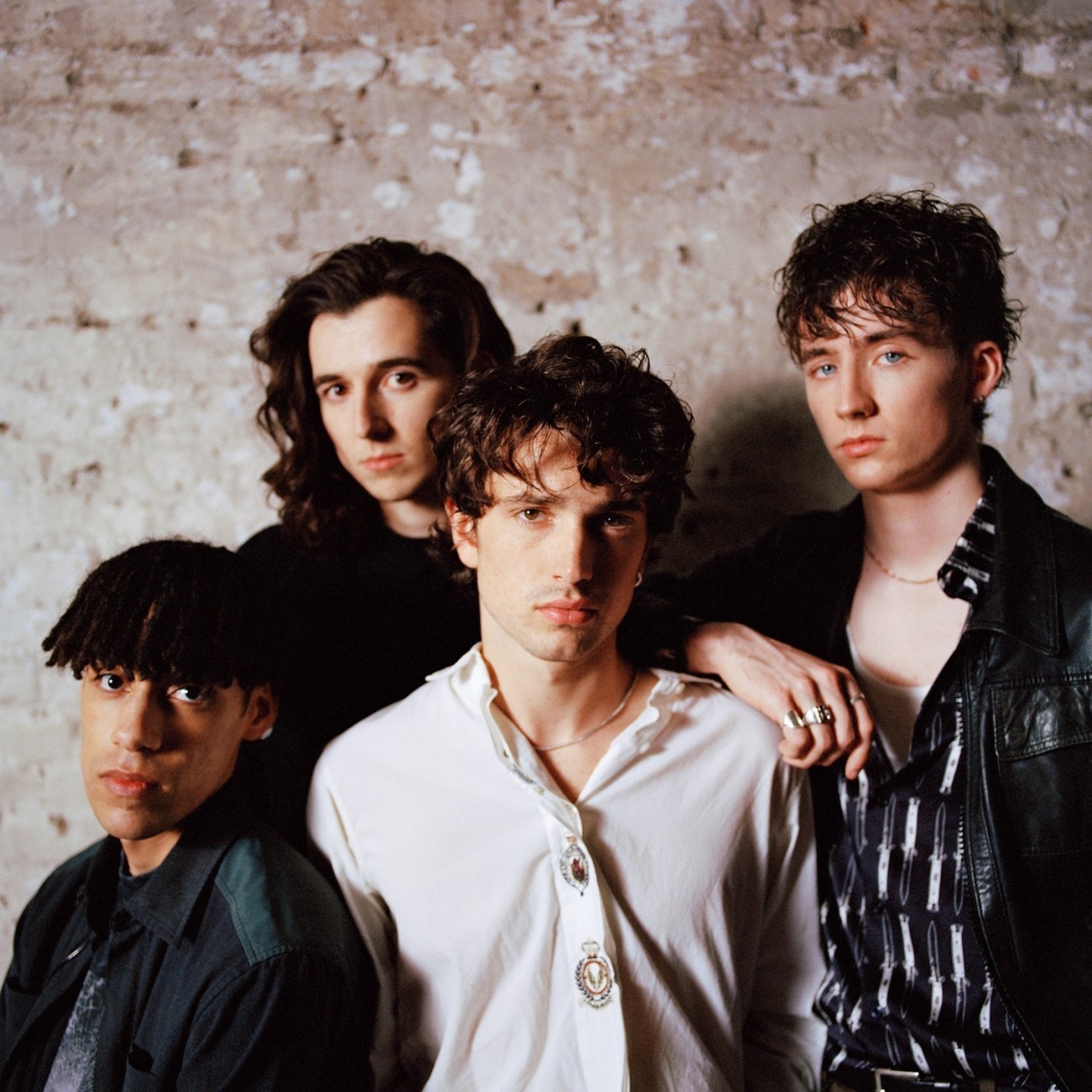 NEXT week, Dublin band Inhaler will return to Scotland to appear at the inaugural Dundee Summer Sessions.

A band made for big festival stages, they’re raring to go after a hectic touring schedule which took them all over Europe throughout April and May. And after getting a taste of festival season at Neighborhood Weekender in Warrington last weekend, it marks the start of a busy summer for the quartet.

So, ahead of the Dundee gig, we caught up with the four-piece – vocalist and guitarist Elijah Hewson, bassist Robert Keating, guitarist Josh Jenkinson and drummer Ryan McMahon – about their mutual admiration of Noel, Scottish gigs, festivals, new music and more.

“It’s going to be a good one – we’re looking forward to it. We’ve shared stage with Noel twice before – he was nice enough to have us on at Heaton Park and at one of his gigs in Dublin. It always feels like we have a bit of imposter syndrome when we’re there but he’s always really nice and we’re obviously huge fans of his music.”

No strangers to crafting massive indie-rock anthems themselves, they tell us what it means to support the former Oasis man.

Elijah says “We actually listened to a lot of Nirvana when we were kids – a lot of angsty teen stuff. Then we started listening to Oasis and songs like ‘Live Forever’ and ‘Rock & Roll Star’. He jokes “That just flicked a switch in us, the idea that rock music doesn’t need to be depressing. That was a big part of us forming.”

The Dundee show will mark their first return to Scotland since last year’s Barrowlands show in October.

They say “To this day, that stands out as one of best shows we’ve ever played. We’ve heard a lot of talk and speculation about bouncy floor in Barrowlands and then we figured out what we were talking about. It was one of our favourite shows ever.”

“It’s magic, kinda haunted as well – haunted by the ghosts of rock and roll. I don’t think we’ll ever do Hydro, we’ll just keep doing the Barras” Elijah jokes.

They add “Scottish crowds want to go for it 110% every time. We’ve got great memories of doing gigs there, even in smaller venues like King Tuts, really legendary venues.”

The band are raring to go for festival season after a European tour which spanned most of April and May. Above all else, it’s clear they have a real thirst for playing live

Elijah says “Touring can be physically exhausting and being in the studio can be mentally draining, I definitely prefer the physical. You just get such a huge high from being on stage and seeing that your music is connecting with people so we don’t really feel tired until the end of tour – we can keep going.  After the pandemic, we’re hungry for it – we’re ready to go out there.”

It’s nearly been a year since they released their UK Number 1 album ‘It Won’t Always Feel Like This’ – a record bursting with youthful optimism, defiance and hope. While it didn’t initially come together as planned, they put their previous release plans by the wayside and used the extra time during the pandemic to create a varied and galvanising album that pulled from a patchwork of influences. And without the ability to play gigs, they followed their instincts and triumphed with a robust sound that you’d expect from a far more established outfit – its sky’s the limit guitars, anthemic riffs, groove-inflected basslines and shimmering synths seizing the hearts of fans all over the country, and their message of hope and defiance arriving at a timely moment after a challenging time in lockdown.

They say “it was very rewarding after doing it in the pandemic and not knowing how long it would go on for. We recorded the album, put it out and didn’t really know what was going to happen as we hadn’t been playing gigs.”

“To see that reaction was amazing, it was the most gratifying thing we could have asked for. We’re just very thankful people that went out and bought records and supported us at that time. Granted, we did have about 100 different versions of the album as we weren’t able to introduce the songs to new people during that time.”

And from the moment it came out, it sparked a flurry of activity. Robert says “As soon as it came out, gigs started up again. We went from doing nothing to doing everything. We now feel we’re part of the big band scene the way we’re touring.”

As for its follow-up? Fans will be pleased to know that preparations are well underway. Elijah says “We’re writing out best tunes. It’s the difficult second album as they say, but we never stop writing –  during the pandemic, even before that, we were constantly playing with ideas so there’s lot of material around. It’s now just about finding time to finish them up and think about album as a whole – we’ve got less time now.”

He confirmed “We’ll put out new stuff soon but we won’t put a date on it – we’re working hard to get it finished.”

When asked what we can expect from the new material, he says “If the first album is us looking outwards, this is us looking more inwards. I think the pandemic has made everyone do that. We’re trying to get away from it as much as we can, but the influence is still there.”

On ‘It Won’t Always Feel Like This, the four-piece pulled from a wide spread of influences – yes, soaring the indie-rock choruses are there, as is a touch of Britpop, but there’s also elements of post-punk and new wave in its shimmering synths and intricate layering. Moving forward, they say “In some areas, we’re pushing it further, but we also sound like a real band, even more so than the previous album. We’re doing this record faster, and It definitely has that feel to it.”

Before then though, the band are diving headfirst into festival season with several dates penned in over the summer. Their first priority is playing again. Robert says “Live music is back so we’re excited to be part of it and live in the moment, everyone wants to have a party.”

How would they like 2022 to be remembered in the world of Inhaler? “A fucking big blur” Elijah says with a wry smile.