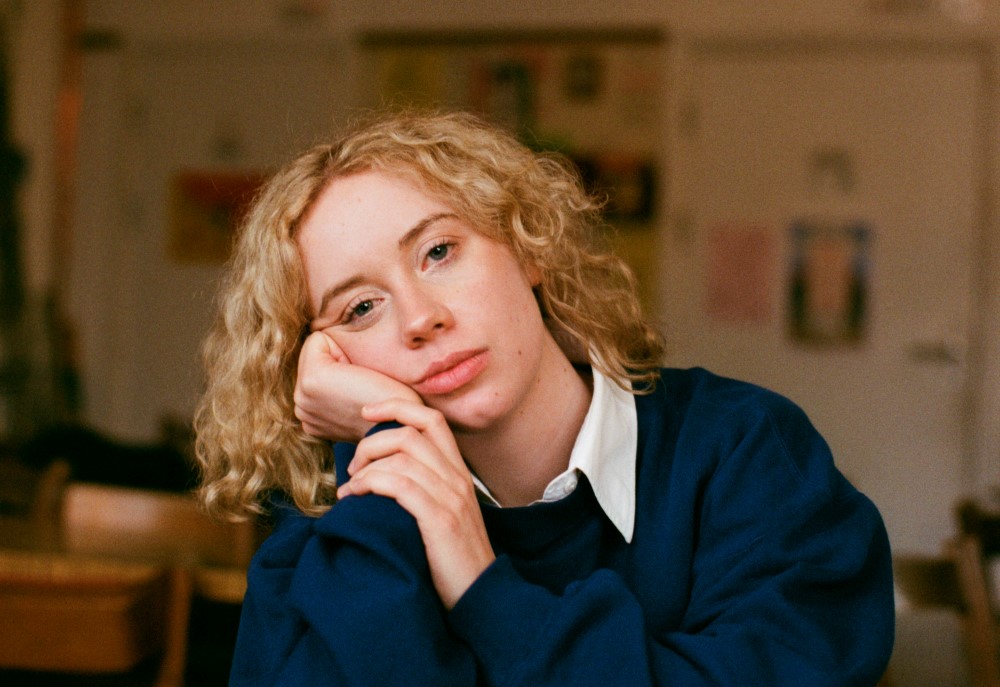 IT’S a rare thing to come across a new artist who instantly grabs you by the heartstrings and nestles their way into your most treasured playlists. Lizzie Reid is one such artist.

Since the release of her widely acclaimed debut EP ‘Cubicle’ last year, the singer-songwriter has gone from strength to strength – taking her delicate, homespun sound and enriching it with swagger and soul, all while retaining that same unflinching honesty and thoughtful introspection that we heard on her debut release.

With each release this year, her profile has grown – and deservedly so. For example, this summer alone, she’s made notable appearances at Latitude and Belladrum, completed a run of three sold-out shows at the Glad Cafe and supported Paolo Nutini in Oban.

The cherry on the cake will be a double appearance at Connect Festival this weekend, where she will perform on the acoustic Tiny Changes stage on Saturday, and on the Guitars and Other Machines stage on Sunday with her full band. Not to mention the release of her highly anticipated second EP ‘Mooching’ which follows close behind next week on 31st August.

So, in the midst of a particularly exciting time, we caught up with Lizzie to hear about Connect, her summer and of course, the new EP.

“The summer has been really good” she says. “It’s been the busiest summer I’ve ever had with festivals. I’ve done them before – just not with my own stuff – so it’s been really nice to play with the band more than ever.”

Discussing the intricacies of putting together a festival set, she says “With festivals you have to put together a half-hour set that expresses you in the best way possible – which is a fun challenge. It’s about choosing the songs that will grab people’s attention – especially for those who don’t know who you are. It’s a very different dynamic from playing in front of audience who are there just to see you, so the preparation is slightly different.”

At Connect this weekend, which takes place at the Royal Highland Centre in Ingliston, she will appear alongside Scottish greats like Admiral Fallow, The Twilight Sad and Mogwai, as well iconic names like Little Simz, Self Esteem and The National (“I would really like to see them, they’re one of those bands people always tell me I’d love” she says of the latter). This time she won’t be camping though – we exchange stories of camping mishaps, enough to put you off for life, and the time she slept in her car at Belladrum (“literally the worst decision of my life” she laughs).

However, with her set only days away, she’ll make sure she’s fully prepared. “I try and put my best foot forward with the time we’re given, try and make it as dynamic and engaging as possible. It’s that thing of playing to a new audience, which can sometimes be really scary, or sometimes bring the best out of you. Hopefully I’ll rise to the challenge.”

For those who have seen Lizzie perform live, they’ll know this won’t be an issue. With the backing of her four-piece band, she has been known to hold entire rooms to a standstill with her captivating performances.

And she’s had plenty of experience, too.  In fact, by the time the singer had shared her stunning debut single ‘Tribute’ in September 2020, she was a regular player in the local live scene with a budding reputation, thanks to numerous solo gigs and performing with other bands. It was a period that suitably prepared her for the years to follow – allowing her to hone in on her craft and put the steps in place that would allow her to build her own authentic, fully-formed sound.

Looking back, she says “I’m so thankful for that time where there was no pressure, you could just go out and do your thing. No one is properly engaging and you can go and practice, get better at your craft. Once you start releasing music it’s a different situation – you have to be more calculated, there’s more expectation around it than before the music came out.”

An important time for her musical progression, it also helped her personally. She adds: “I really value that time of playing with other people and getting used to being on a stage. I had horrendous stage anxiety, I used to vomit before going on stage every time – thankfully I’m not as bad more which is good as I’m gigging a lot more”.

Her new EP ‘Mooching’, out 31st August, sees Lizzie reflect on her mental health struggles for the first time – namely through the arrestingly beautiful, piano-based  ‘How Do I Show My Love’ which details her difficulty in expressing herself, and the dynamic and rocky ‘Soda Pop Stream’ – a song she says  was written when she was ‘still a teenager, around 19’ and was going through ‘a faze of having panic attacks in crowded spaces and dinner tables’.

As ever, she approaches each subject with a deft lyrical touch, showcasing her ability to communicate the most complex human emotions with heartfelt sincerity and authenticity. These are songs that aim straight for the heart and don’t miss – and Lizzie delivers them with a sense of warmth and reassurance.

The EP itself marks another step forward for the songwriter – both in her lyrics and arrangement. Teaming up with Oli Barton-Wood once again, it was recorded over a year ago after she retreated to a residential studio in Oxfordshire.

Reflecting on the experience, she says “It was a really nice experience to go with him again, we’re used to each other, and we had a good thing going by that point. We stayed in this studio for 10 days which was really lovely as you could go out and have walks in big fields nearby. It was a very peaceful environment to make music in.”

“I think it (staying in the one place) definitely takes away a lot of the stress needing to be out of the studio by a particular time. You’re not as pressured by time as you can go for as late as you want, work for however long you want and I don’t like taking breaks – so it works for me.”

She adds: “It was similar to Cubicle in that we stayed in the space where we were working. It was just the two of us who made it all – we got a drummer in for two tracks but other than that made the whole thing ourselves. I’m really proud of it.”

And as she should be. ‘Mooching’ is a deeply moving and highly accomplished collection of songs. The title itself comes from a phrase Lizzie’s Grandma used to use when her dog was begging for affection. “Stop mooching” she’d say, and to Lizzie, that phrase has come to act as a lesson to not rely entirely on others for comfort and to prioritise finding comfort within herself.

That growing feeling of self-confidence seeps through the record. The production is richer and more expansive – but it retains that all-important intimacy and vulnerability, perhaps a result of the circumstances of which it was recorded.

The brooding opener ‘Love Of Her Life’ invites us into the sonic world of the EP – her beautifully worded observations delivered over reverb-soaked guitars and melancholic melodies. Meanwhile, ‘Bible’, another track we’ve heard before, is imbued with that unflinching honesty and introspection as she as she explores the feeling of ‘being nervous about falling in love again’.

Citing Big Thief and Sharon Van Etten as big influences, she speaks about this sonic progression: “I think it was natural – I wanted to have an EP that bridged the gap between doing more fuller sounding stuff. There’s couple of tracks that could have been on Cubicle, and then there’s songs like Warpaint on Soda Pop – it’s nice to have that gradual step up. It’s not a huge jump but it’s nice to feel that wee bit of progress”

While ‘Cubicle’ revealed a person who was beginning to grow confident with her sexuality, ‘Mooching’ sees Lizzie embrace who she is for all to see. The aforementioned ‘Soda Pop Stream’ and Warpaint’ indicate the biggest shift – they’re full of energy and delectable harmonies, with the latter perhaps being her poppiest to date. Taking the disappointment of seeing her crush at a party with a new boyfriend, she turns her feelings into something fun and vibrant – dizzying guitar lines ring out and layered vocals give it a real sense of joy.

Speaking about her headspace at the time of writing, she says “I was in quite a good space to be honest, it was at an exciting point in my life. I had fully healed from the stuff I was writing about on Cubicle, was going into new things and that was really exciting. That’s what the songs remind me of – anticipating new things.”

Slated for release next week, ‘Mooching’ will mark exciting another chapter in her fledgling career. And yet, there’s still a lot to come – more beginnings and new experiences. On the phone, she teases an upcoming tour that’s yet to be announced and will see her playing some of her biggest venues to date. Describing them as “another step up”, we’re certain she’ll be more than ready to rise to the challenge.

Get tickets for Connect here.