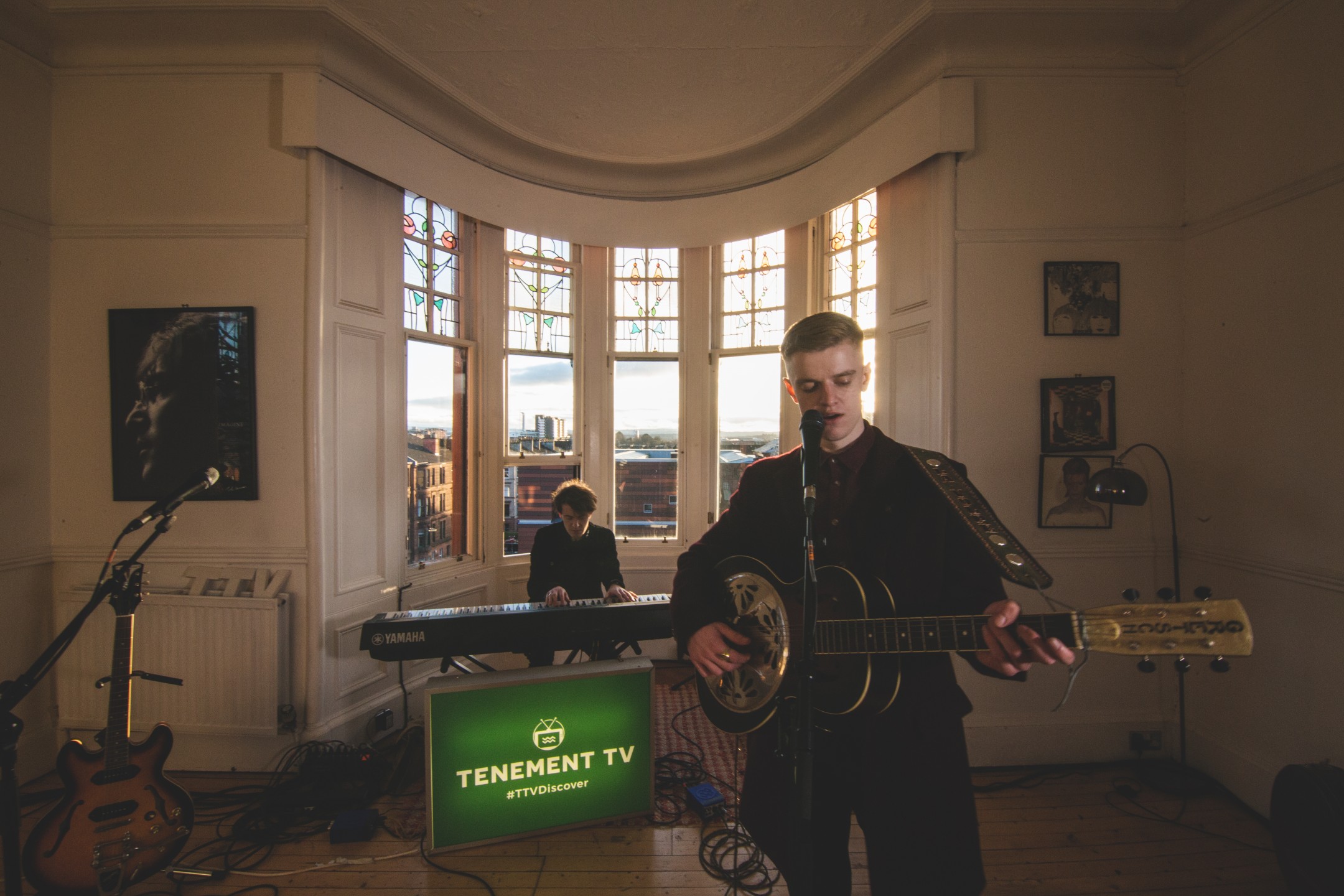 ONE of TTV’s 2020 vision artists, Luke La Volpe has kept busy during lockdown with various online performances and even a EP release out today.

We caught up with Luke, as he talks us through the EP in this Track By Track deep dive…

“This song means a lot to me. After the loss of a friend I attended his funeral and the emotions and feelings of that day have stuck with me ever since. After a lot of confusion and anger I initially sat down at a piano, which I have no idea how to play, and just followed how my emotions were making my fingers move. Gradually it formed into a pretty dark melody. The lyrics almost wrote themselves but I felt it was missing an outside ear on it. So then I took it to Dave Nelson, the fella who co-wrote Iron Sky with Paolo Nutini, and then it became the monster that it is.”

“I wrote this tune 8 years ago when I was around 16.  It’s your classic love ballad with a bit of crooning in amongst it. For a while I stopped playing it as my sound had moved on and I didn’t think it fit into my set any more. But people told me they missed it and it resurfaced for the TTV Session and on tour earlier this year so I thought why not let’s get it back in the mix.”

“Now this bad boy has an interesting story. Basically I was sitting watching Kyle Falconer do a live stream and I was enjoying the tunes he was singing. So I fired him a message saying ‘well in’. He then comes back with “I have an idea for a tune that you will nail.” So at this point I’m already sitting with Dead Mans Blues and Familiar Bliss… the minute I hear the two verses Kyle sends to me over a voice note I just go into overdrive. It was clear that this could be the third tune to finish off my EP.  So after around two weeks of myself and Kyle battering ideas off each other we created the base for the tune. My band got involved recording from their own personal isolations as well as Stevie Anderson who plays guitar with Kyle. It took around 5 weeks in total to go from the idea to a fully fledged song, almost killing me in the process. The idea of the song – being locked in isolation but being willing to harm yourself in order to protect the welfare of others – is truly beautiful to me and it is reflected in the beauty of this tune.”