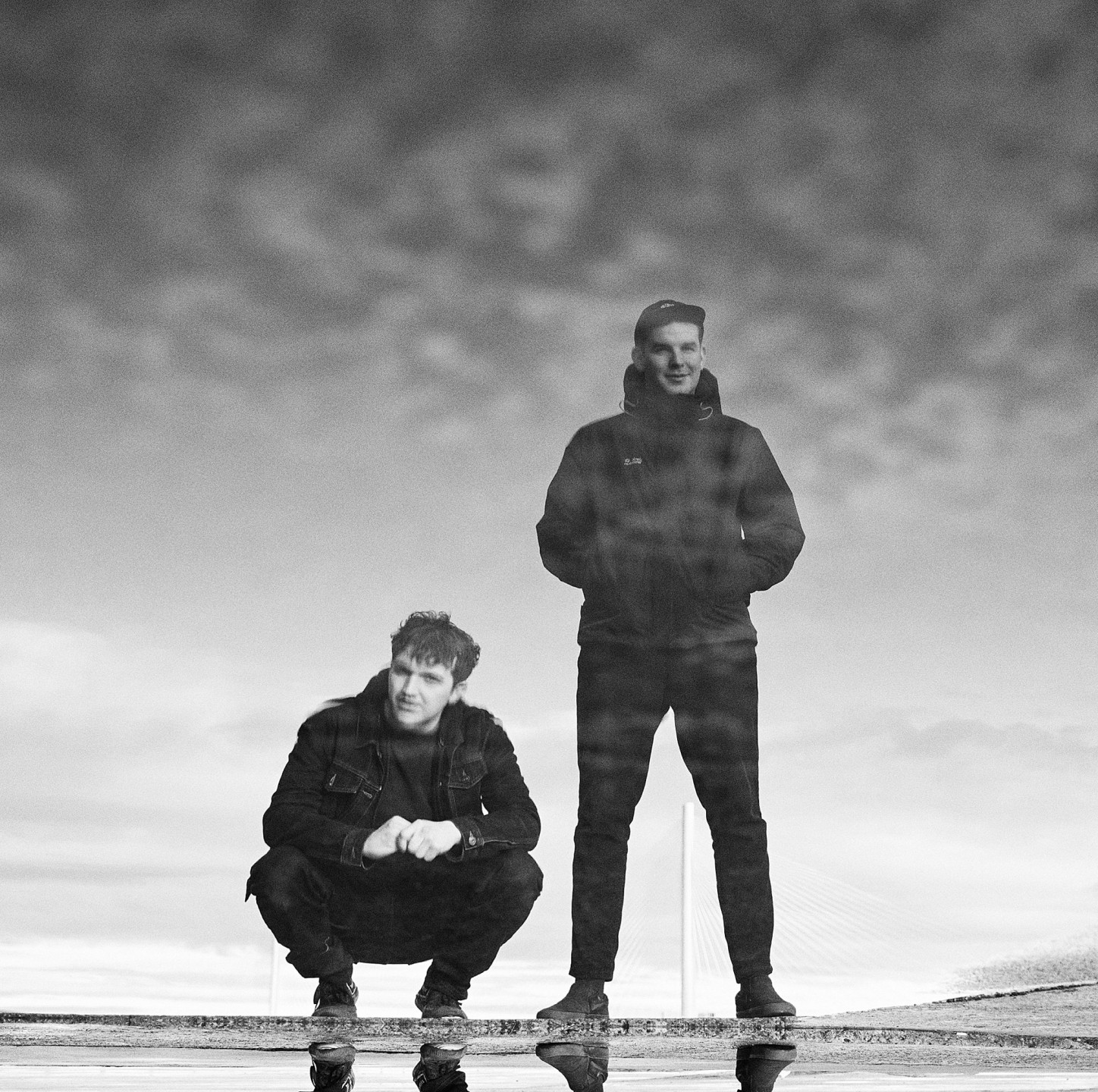 AFTER teasing us with one track per week throughout lockdown, Edinburgh-based duo Man Of Moon shared their ‘Chemicals: The Remixes’ project in full last week across all main streaming platforms. The collection has seen them revisit their 2019 ‘Chemicals’ EP with the help of a few well-known faces from within Scotland’s music scene – Amber Leith, Edwin Organ, The Ninth Wave, Beta Waves , Django Django and Zoe Graham – who each offer their own gripping take on the band’s propulsive brand on post-punk.

With the two tracks given a vital new lease of life by the project, we caught up with the band to hear their take on each mix.

This is the second remix Amber Leith has done for us, the first one being ‘the road’ a few years back. We asked if he would like to be involved with the project as we both loved how he tackled the first remix. We really like what he’s done with ’Skin’, the way he’s cut up the vocals, the percussion he has introduced and especially the sort of acid house synth part he’s brought into the mix. You can find more of his music on Soundcloud go check him out, its all good!

I originally started remixing a song that’s on our debut album whilst in lockdown and sent it to Chris and our manager Jamie and they loved it which sparked the idea of contributing one for this remix EP. I chose to work on ‘Ride the waves’. I had never remixed a song before so it was cool that the first time was with our own tune. The initial hook came about when I started cutting up Chris’s vocals and after a while i managed to get a catchy wee hook! I wanted to transform a dark song into a upbeat party tune. I think it turned out really well and was over the moon that big Vic Galloway played it on the radio. Was a very cool moment!

We’re both big fans of Kyle’s skills as a producer. He supported us at our show at King Tuts last year and we were blown away by his live set. We knew that when we asked him to be involved that he would deliver the goods and he really has. He’s taken our track ‘Skin’ and completely made it his own which I think is really difficult to do but he’s nailed it. The drop at 1:53 gets me very time. Kyle has recently brought out a new single ‘The River’, go check it out its a banger.

The Djangos have been one of our favourite Scottish bands for years now. They have a completely distinctive sound which we love. We supported them on their European Tour in 2018 and got to know them a bit, great guys and an incredible band. They’ve taken our track ‘Ride the waves’ and completely started from scratch. Occasionally introducing one of the original vocal hooks, they’ve created this hypnotic, slow burner of a track that gradually gets darker as it builds. We love how different it is, whilst at parts has echoes of the original.

We’re so pleased Millie from The Ninth Wave agreed to be part of the project as were a big fan of the band and her particular skills as a musician and a producer.    I really like the textures she’s introduced into the track, and the way she has really changed the progression, making it much darker than the original. It’s been so cool to hear different artists take on the same song. Whilst keeping true to the original, Millie has really made this track her own. The Ninth Wave have just brought out a new single ‘Happy Days’ which is amazing, be sure to check it out.

Fellow two piece amigos ‘Beta Waves’ absolutely nailed their dreamy, dance take on our track ‘Ride the waves’. We’ve played a few shows together and we are fans of their work so were really keen to have them involved. In a similar fashion to Django Django, they started from scratch with a new idea, constantly building throughout the track using a vocal hook from the original which they have added some new cool effects to, panning it back and forth from left to right creating a feel of suspense. I love the drop at 1:18, it totally locks you in, pulling you into the track. The boys have just released a new single ‘UDH2’ which is great and perfect for this sunny weather, if you haven’t heard it go listen.

Iv’e always been a fan of Zoe’s work from the first time I saw one of her live sessions on youtube, she’s an incredible musician and has such an amazing voice. I saw her perform her new single ‘Sleep Talking’ at Oran Mor a few weeks before lockdown and was blown away. After seeing that performance I really wanted her to be part of the project and we love what she’s done to our track ’Skin’. The way she introduces the track is fucking bliss, it hooked me instantly. I also really like how she’s re-arranged the chord progressions at parts giving the track a total new lease of life and the way she has effected the vocals at points to create another lift.

This was my first time tackling a remix and I wasn’t quite sure how I was going to go about it, so I decided to start from scratch. I started by recording all the bass and melodic parts on my Korn Minilogue Synth, sending it through the guitar pedals I use for the live show. Then created a drum loop in logic and re-recorded the vocals to fit the new structure. Once I had recorded all parts and was happy, I passed it onto the amazing Andy Bush, who then mixed it and I feel really took it up a level. Iv’e always been a huge fan of trip hop legends Massive Attack and they definitely played a part in the inspiration for this re-worked track.