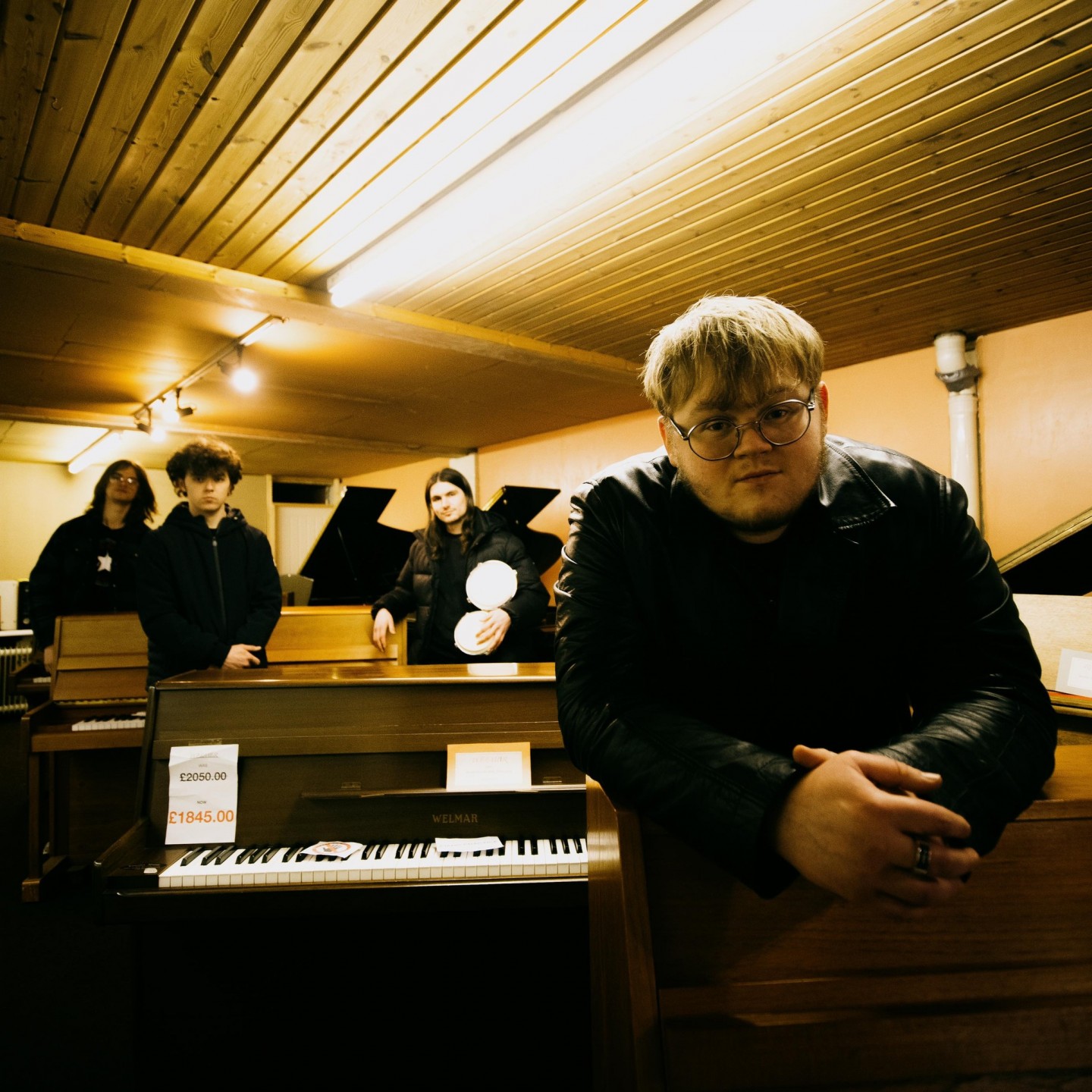 REWIND back to TRNSMT Festival September 2021. The Lathums are playing the King Tut’s Stage at 4pm, their mid-afternoon set jammed between Joy Crookes and upcoming pop star Griff. From the moment they enter the stage, they have the bouncing crowd in the palm of their hands, lapping up their strident indie anthems and singing along toe very tune. It’s fair to say they attracted one of the loudest crowds at the King Tut’s stage that weekend.

Just nine months on and the Wigan outfit are about to go one further on the Main Stage as part of a jam-packed line-up that includes Nile Rodgers & Chic, Sam Fender and Paolo Nutini. So, ahead of an action-packed weekend, we catch up with the band’s drummer Ryan about TRNSMT, Scottish crowds, new material and more.

“We’re absolutely buzzing, especially after last year. It was our first year last year and the response we got was mind blowing. This year we don’t know what to expect to be fair, but we know it’s going to be good.”

Afforded some rare time off at the festival, Ryan is looking forward to catching some other acts on the day. ‘The Main Stage is looking like the one” he says.

Since emerging in 2019, the Scottish crowds have taken to the band as one of their own. Speaking about some of his favourite memories on tour, he says “We headlined the Barrowlands on our last tour which was absolutely amazing – the people, the venue, the sound – everything was top notch.”

“It’s definitely up there. And then TRNSMT last year blew our minds – it’s still one of the best responses we’ve ever had from a festival.”

The Scottish crowds are often cited as some of the best in the world, and Ryan can’t help agree. “I think the people genuinely just really love being there and living in the moment. They obviously love the music, but they’re nice people as well which helps. We love Scotland.”

In the past three years, The Lathums have done a lot in a small amount of time. Since emerging in 2019, their popularity has skyrocketed – culminating in the release of their UK Number 1 selling album ‘How Beautiful Life Can Be’ last year. And while the pandemic meant much of their early promise didn’t play out in front of live audiences, they’ve more than made up for it since – racking up huge shows with Blossoms, Gerry Cinnamon, The Killer and Courteeners to name a few. It’s the kind of experience, any rising indie band would dream of.

Discussing what they’ve learned from these shows, Ryan says “I would say we’ve learned how to tour properly, gig etiquette and stuff like that, how to be professional, what to do backstage, how to be with other bands. Other than that, they’ve taught us that gigs are the best thing in the world.”

And later this year, they’ll take on Scotland’s biggest venue, the OVO Hydro, with none other than Kasabian. He says “We’ve done support tours like that with Gerry Cinnamon – but we were just boys back then, we’ve turned into men since, so I think we’ll be able to handle it. But I’ll be honest – I’ll probably be a bit starstruck watching Kasabian. I went to see them just before the band came about when I was at uni, so to share a stage will be a pleasure.”

Of course, many would find it challenging to deal with such a rapid rise to fame. But Ryan insists they take it in their stride. “Well, we just take it in our stride and take it as it comes. There’s always challenges but you’ve got to crack on and get it done. You get to a certain point where it becomes second nature. In the early days, everything like this was so nerve-wracking – it still is, but you learn how to put a face on and take it in your stride.”

Their debut album helped to cement their popularity. A record brimming with hope and heartbreak, it showcased their innate ability for massive hooks and resonant lyrics – rooted in the jangly sound of The Smiths and The Housemartins, while also showing a chameleonic ability to channel other musical figures of the past, like The Stone Roses, The Specials and Peter Hook to name a few.

Topping off a momentous 2021, it climbed to number 1 in the UK charts at the first point of trying. Have they had time to reflect on such an achievement? “We have and we haven’t. We don’t think it’s all going to sink in until we’ve done it all. Maybe in ten years we’ll look back and think ‘wow, what a year we had that year.’ When you’re living it, you’re just excited for the next thing, and you go from one thing to the next. There’s so many amazing things going on – it’s hard to reflect on just one”.

Now they’re already looking forward to the follow-up. Having already released ‘Sad Face Baby’ earlier this year, fans will be pleased to know that work on the next album is already well underway.

“Everyone will be Pleasantly surprised, hopefully,” he says. “Anything from now on will be much better than the first album. We’ve really matured, not just as people but as musicians as well – there’s a lot more depth to what’s coming up, more of a narrative, and more soul behind it.”

“Most of the songs that are coming are actually quite old. That first album was a mix of old and new ones and some that had never been finished before. On this second album, there’s quite a lot of oldies that we’ve had time to work out and make them into the songs they should have been a few years ago.”

Whatever they come up with, The Lathums have shown their ability to win over the masses. When you see them, as we did at TRNSMT last year, they feed off the energy of their fans and take their songs to the next level.

Speaking about this relationship, Ryan says “We love our fans – they are why we’re here, they’re the only reason we’re in this position. We owe everything to them so we’ll do anything we can to put on a show or whack out a tune we know they’ll love – they’re our best friends.”

There’s no denying the future is bright, and there’s plenty more to come from the Wigan outfit. When we ask Ryan where he says the band in five years, his response is easy: “Main Stage Glasto, Main Stage Reading & Leeds, world tour, another number 1 album, the usual.”

Catch The Lathums at TRSNMT on Friday 8th July on the Main Stage at 3.10pm.