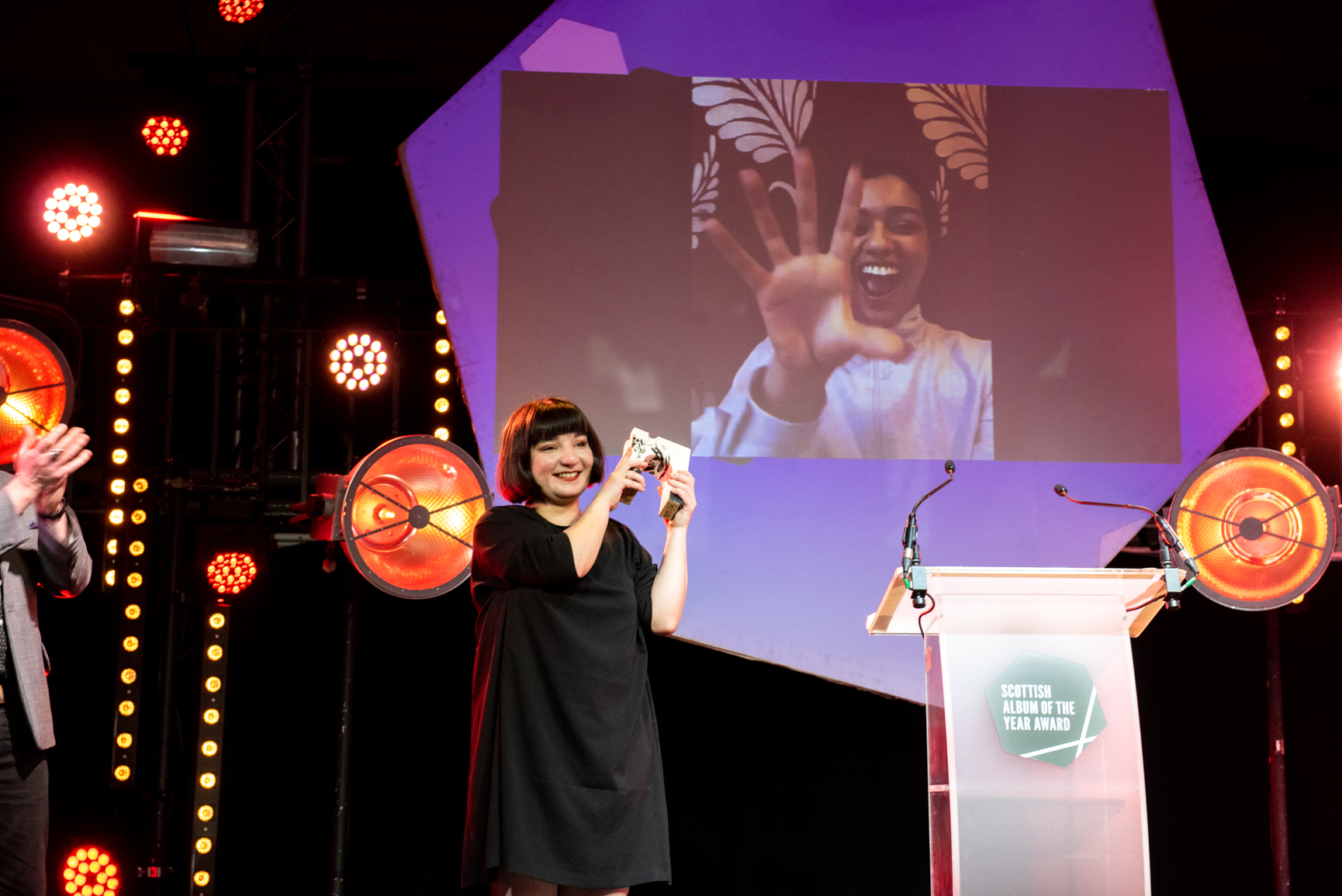 2020 may have given us little reason to celebrate but this year’s SAY Award has given us hope for the future in an otherwise dark year. With the future of live music hanging dangerously in the balance and the government dishing out pitiful advice to creatives to retrain amidst their disastrous handing of the pandemic, it’s been hard to find any kind of light at the end of this never-ending tunnel. However, one of the few positives we can take from the last few months is that, in the face of insurmountable uncertainly, our musicians have remained completely undeterred when it comes to pushing their creative boundaries and this year’s SAY Award has undoubtedly been testament to that.

This year’s record-breaking campaign saw an astonishing 362 eligible albums submitted for consideration. With the award upholding its yearly mission to place artistic merit before sales history, genre or record label affiliation, more musicians and fans than ever before threw their respective hats in the ring for what turned out to be a truly memorable celebration of Scottish music.

Forced to move online in response to ongoing pandemic, The SAY Award injected a much-needed dose of positivity onto our social media feeds for a few weeks, giving fans a chance to share their thoughts and feelings every step of the way while also giving them a chance to discover a vast array of exciting new music. Back in September, a special livestream event hosted by BBC Radio Scotland’s Vic Galloway and Nicola Meighan revealed the twenty artists who had made this year’s Longlist; and teeming with talent it was too. Spanning a wide contemporary of genres and styles, the likes of Vistas, Lewis Capaldi, Honeyblood, Fat-Suit, Sacred Paws and Anna Meredith were among those given recognition for their creative output.

From there, a panel of expert judges including Edith Bowman, Jack Saunders and Ally McCrae were given the unenviable task of whittling the Longlist down to ten records. With a notable exception in global superstar Lewis Capaldi’s ‘Divinely Uninspired to a Hellish Extent’ (currently on track to be the best-selling album in the UK for a second year running), the sheer eclecticism of the shortlist demonstrated The SAY Award’s unwavering commitment to showcasing Scottish music in all its influential, inspiring and idiosyncratic glory.

Traversing indie artists we’ve followed since the very formative stages of their respective careers (Declan Welsh & The Decadent West, The Ninth Wave), experimental underground acts (Comfort, Bossy Love, Erland Cooper), the boldly independent (Nova), the minimalist and dreamy (Cloth, SHHE), the dramatic and majestic (Blanck Mass) and the winner of the popular vote (Callum Easter), these were ten very distinct stories by ten very different artists, all incredibly unique in their own ways. And with a record-breaking eight debut albums named in the final ten, a first in the award’s history, this year’s shortlist offered up a vibrant and hopeful future vision of Scottish music at a time when it has never felt more precarious. Appropriate then that each artist was granted a financial boost to the tune of £1,000 for making the final ten; a sum that will go a long way as they navigate the current crisis.

It’s for that reason that the 2020 SAY Award has felt absolutely vital. At a time when most of our culture is confined to our borders, this year it was more important than ever to illuminate the very best of Scottish music and our diverse cultural identity. Two years after generating £5.2 billion for the UK economy, the music industry finds itself in dire straits – artists are finding it difficult to sustain themselves, jobs are being lost and music businesses are closing on a regular basis. However, it’s through events like The SAY Award that we continue to reinforce the industry’s value, increase its visibility and create more opportunities for our immensely talented artists. Not only has this year’s campaign done that successfully, but it has also helped to lift spirits in ways it perhaps didn’t expect.

Joining forces with Tim Burgess for his now infamous Listening Parties on Twitter proved to be a massive coup for this year’s award, allowing music fans from all over the world to listen to the ten shortlisted albums in tandem with one another, live-tweeting as they went. Staged over three nights, the listening parties provoked visceral, real-time reactions from fans and new listeners alike, sending the albums into households that would otherwise never have heard them in the gig-less world we now find ourselves in. It’s safe to say that this year’s shortlisted acts will have won over many new fans in the process.

This celebratory tone of collectiveness was reinforced with the final ceremony, which for the first time ever, was open to all. Usually held in a decadent, invite-only setting, organisers celebrated this year’s award with an online event on Youtube (which you can see below). With Vic Galloway and Nicola Meighan returning as hosts, we were treated to a series of live special live performances from some of the country’s most exciting emerging artists – Zoe Graham, VLURE, Kapil Seshasayee and Happy Spendy – before the winning artist Nova was revealed.

At the age of 24, Nova is the youngest ever recipient of Scotland’s most prestigious music prize for her acclaimed debut album ‘RE-UP’; a leftfield choice but nevertheless, a very deserving one. Running at only 18 minutes in length and containing just six tracks, it’s an adventurous and innovative piece of work full of swagger and dexterous wordplay, touching down on grime, trap, Afrobeats, dubstep and electronica with the help of some of Scotland’s fastest-rising producers. Not only does it vividly capture the spirit of Scotland’s underground nightlife but as one of the lesser-known albums on this year’s shortlist, it’s also testament to Nova’s unwavering ambition and self-sufficiency.

With its £20,000 prize, The SAY Award is one of the most lucrative awards in UK music and for Nova, this victory and financial boost will be life-changing. As the first rap/grime title to enter the award’s eclectic fold of winners, it also highlights the strength and innovation of the rap/grime landscape in Scotland – a scene that is often overlooked by the mainstream. The message that her win will send though is massive and will hopefully inspire a new generation of stars.

At a time when the Scottish music industry is facing unprecedented challenges, The SAY Award has given us reason to celebrate. Above all, music has the power to connect us with each other and ourselves and this year’s award has been a powerful reminder of that. It almost feels fitting that an album which explores the tales of a young artist in modern day Scotland struggling to keep financially afloat should win in 2020. In Robert Kilpatrick’s words (General Manager of the SMIA), “these challenges poignantly mirror challenges that many of us in music face today, and in the articulation of these challenges through the creation of ‘Re-Up’, Nova now finds herself in a position where the future presents opportunity, recognition and ultimately hope. This is something that can and should inspire us all.”

Watch the ceremony below.

TENEMENT TRAIL FESTIVAL: Through the years

TTV SPOTLIGHT: Behind the scenes with Joesef at TTV HQ