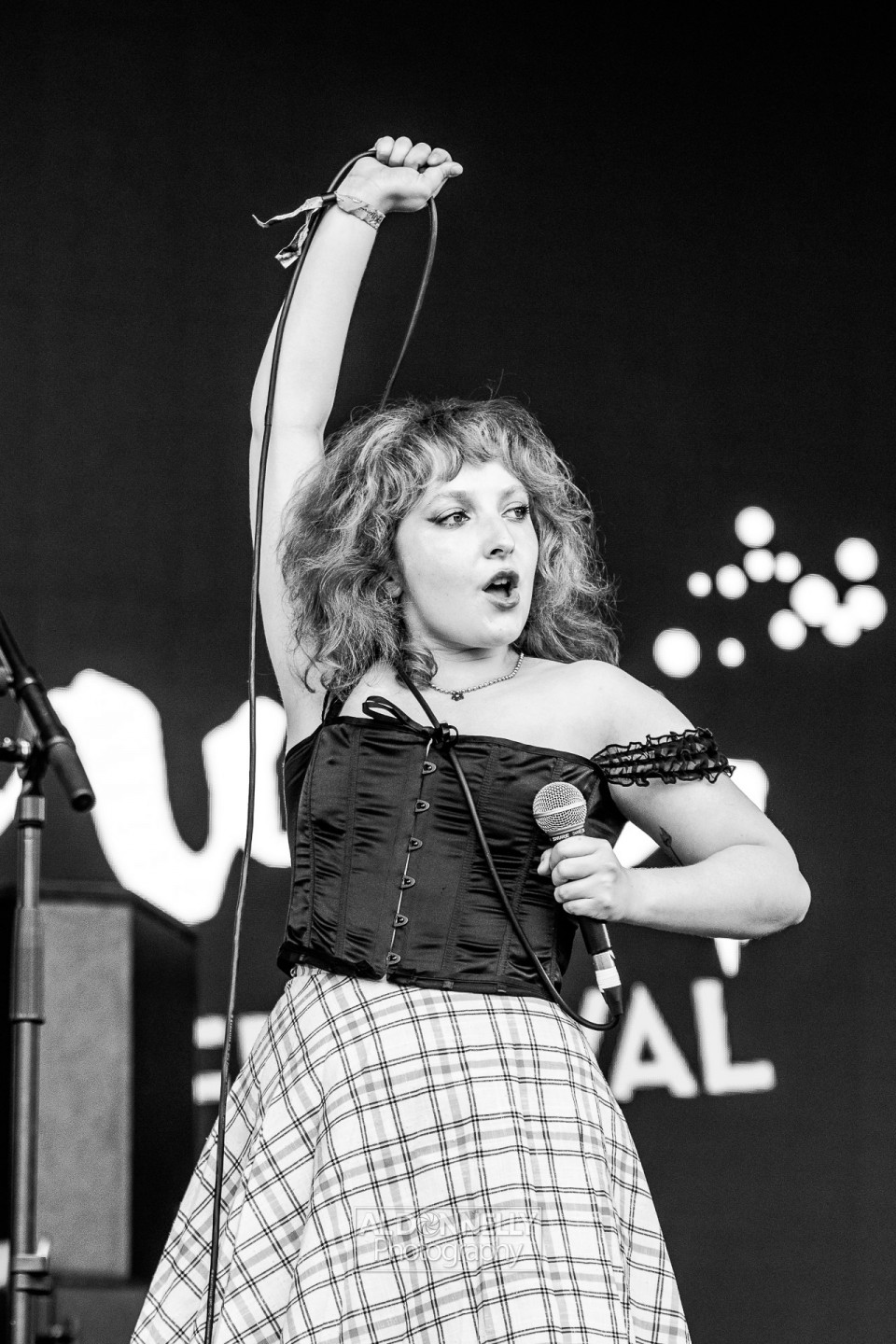 JUST a couple of weeks ago, we announced Tina Sandwich as the winner of our Belladrum/Tenement Trail competition. Beating off hundreds of other entries, the singer-songwriter seized her opportunity to open the main Garden Stage at the Highlands festival over the weekend with great aplomb – launching the weekend’s festivities with a triumphant set that showcased her fantastic potential. Brimming with charisma and stage presence, the singer has also secured a slot at Tenement Trail later in the year – where she will appear as part of a jam-packed line-up of fresh and exciting new artists.

After her set at Belladrum, we caught up with the artist to find out more about her influences, ambitions and upcoming plans.

How did it feel to win the Bella/Trail competition?

It felt mad. We had just over a week to get it all together so there were a lot of frantic, logistical texts flying around – “Are you free Thursday plz?”

How was your set?

Ah it was great craic. We very nearly missed our slot due to about 2 hours’ worth of stand-still motorway traffic. We pulled up, blurted out “Tina Sandwich – on in ten minutes” and sprinted to the main stage carrying all our gear. That’s showbiz baby!

Any other highlights of the weekend?

A few wee guys who’d seen the set offered us some of their mini cheddars at 1am Thursday night as sign of respect.

What’s the first festival you went to and who did you see?

The Mighty Boosh festival in Kent in 2010 with my mum and sister. A one-off event curated and headlined by the Boosh and Gary Numan. I got cold by the time they were on so wore the bug pattered pop up tent we had with us as an extra layer. Alan Davies and Ross Noble were dr*nk stood behind me laughing and asked if I was a ladybird or another type of bug, to which I replied – “I don’t know!”

Who are your dream headliners?

Probably Nile Rodgers and Chic. I would love to see them headline a festival sometime soon.

Can you tell us a bit about how you got started with music?

Who are your inspirations?

See above. Also Lady Gaga and Joan Jett – the usuals.

What Scottish artists do you listen to?

What are your ambitions as an artist?

What else have you got coming up this year?

What can people expect from your set at Tenement Trail?

A lotta laughs, smiles and a handshake when we’re done.

Have you been before and what’s your favourite memory of the fest?