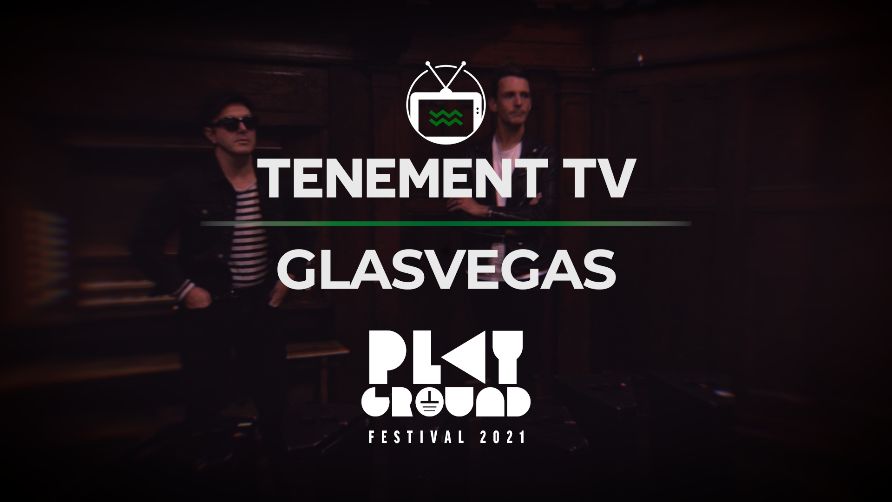 AHEAD of their appearance at Playground Festival 2021, TTV caught up with James and Rab Allan of the iconic Glasvegas to chat lockdown, the return of gigs, touring with Carl Barat and much more.

After seven years since their last record, Glasvegas released their fourth record, Godspeed, as Scotland was in the midst of lockdown in April 2021. While on paper this may not seem like the ideal time to release a new album, James recalls the more relaxed approach that came to releasing Godspeed – 7 years in the making.

“I don’t really think there was that much planning behind it, it was more ‘James are you finished yet?’ ‘No’ ‘When will it be done?’ ‘Soon’ – and I really did believe that. It took longer than expected so once we were finished we were that excited to just share it with people”

Reflecting on the songwriting behind Godspeed, compared to earlier Glasvegas records, James said, “The writing is the exact same, but the actual recording of the song has altered. Even going back to the first album, I would normally record a demo and present that to the band and then we’d record the album in a studio with a producer, but this time we’ve recorded it on our own. That’s been a big difference – trying to plug things into things without blowing ourselves up you know what I mean?”

“It’s almost like spending time in another country when you don’t know the language and it’s quite frustrating – it’s the same with music. Sometimes when you start writing songs, there will be a certain language that goes with that, and with any art, medium or vehicle, there will be a language that you want to understand so you can express the thought you’ve got in your head. That has helped us now, being more involved frees you up but the writing of the music is exactly the same as it was at the beginning. I guess different writers do it different ways, and with myself it is me going in a daydream and writing songs, it’s not something you’re trying to grab on to, or invite – it’s something that just happens and more than anything it feels like something you need to get out, rather than something you are supposed to do.”

With the sound of Godspeed feeling as distinctly Glasvegas, James reflected on how the band have stayed very much themselves and true to their own intentions throughout over a decade and a half of self discovery, fame and success.

“I think a big part of it is the personality you had before being in the band. I think it was Neil Young who said it’s better to die once than die twice. I think he meant if you try and guess what somebody else is going to like and you try to adapt to that and make something for that person’s taste or personality, if they don’t like it then you die… well you die twice because the second time you realise you’ve compromised everything for something else. There has got to be a certain part of you that when you go into that wee daydream, everything else shuts out. You can’t measure music in that moment as right or wrong, all you’re left with is ‘this is the way this is supposed to be’ and nobody can ever tell you that the way you want to express yourself is the wrong way, your instincts are pulling you along.”

“I don’t think I would’ve understood it if someone tried to explain it to me, these are things that are complicated, and deep and come from way before you’re even in a band. If it was to break it right down, I could probably argue with myself that I don’t accept any other critic or opinion, than I value my own.”

With the band appearing alongside the Libertines on Friday 24th September, James and Rab recalled their experience touring with Carl Barat across the USA back in 2009.

“Encounters is a good word,” as Rab adds some of their tales are potentially “incriminating”

“Carl came to one of the bands first gigs and after all these years now, he’s our family. He’s a beautiful soul, a very unique guy and when we were on tour, there’s always a couple of things that jump out at me. When Carl was a bit younger, he was a bit competitive, always wanting to arm wrestle people but I was always a bit too lazy. One night on the tour bus, our lightning engineer had this came called knuckles, where you had to hit the other person’s knuckles. Our lighting engineer had tears in his eyes, and this guy was a nutcase – he has tears streaming out his eyes, and 5 minutes later they are rolling about the floor while the tour bus is flying down to Vancouver or somewhere… so we’re looking forward to seeing Carl”

The confirmed go-ahead of Playground Festivals marks a highly-anticipated moment in the world of live music – the return of festivals and live gigs.

“It’s good to get out the house isn’t it?” confirms Rab, with James saying, “You know that you love doing a lot of the basic things you used to do, it’s just human nature. When it comes back, it makes you recognise the beauty in all of those simple things that you had regularly before, but maybe didn’t stop to think of it’s beauty all the time.”

“I don’t know if we’ll look back at this last couple of years and think ‘what the fuck happened there?!’ because it’s mental. I don’t know if it’s my imagination but you can sort of feel it in the air when you’re out and about, and you can feel that people know they are coming out the end of it – there’s a good kind of vibe going around”

Tickets for Playground 2021 are available NOW

TTV TALKS: Gallus on signing with Marshall Records and TRNSMT 2021