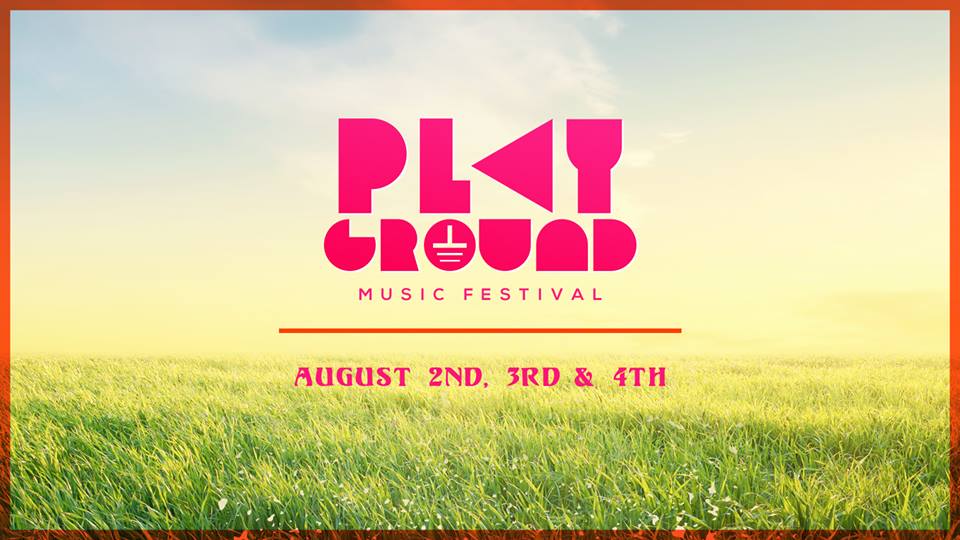 TODAY marks the beginning of the very first Playground Festival. Boasting a wildly eclectic bill full of iconic headline acts, electronic aficionados, hip-hop legends, local acts and DJs, the brand new festival is set to take over Rouken Glen park in the south side of Glasgow for three days this weekend. So as the event prepares to open its gates for the very first time this afternoon, here’s our Playground top picks.

Playground have secured a massive coup in Groove Armada who will arrive in Rouken Glen as Friday night headliners. Known for their electric and funky live sets, the hugely influential duo of the late 90s and early 2000s still sound as fresh and innovative as they did 22 years ago. And while dance music has moved on a fair bit since their heyday, they will always be synonymous with the good times thanks to big tunes like ‘Superstylin’ and ‘At the River’. And it sounds like it’s a show avid fans won’t want to miss.  “This Summer’s run of shows is the last of its kind. Next gigs, all about a new album, a new set, so this is GA21, all killers no fillers, at its finest & in full effect.”

Widely regarded as one of the best live bands in the UK, Friendly Fires’ boundless energy makes for a truly exhilarating live experience. If their latest singles are anything to go by then the four-piece are very much back to their very best and they are quite simply made for festival season. Expect a generous live percussion section, funky beats, blissful comedowns, a colourful explosion of material both new and old aswell as some eye-catching dance moves from frontman Ed Macfarlane.

Legendary American hip-hop outfit De La Soul formed in 1987 on Long Island, New York and are best known for their eclectic sampling, quirky lyrics and their contributions to the evolution of jazz rap and hip hop subgenres. Having brought a number of enduring classics to the pop canon, they are most predominantly known for their masterpiece ‘3 Feet High and Rising’ and with Gorillaz’ Feel Good Inc.

It’s been over 14 years since Craig Charles first hosted his Funk and Soul show on BBC Radio 6 music. Now the longest running show on the radio station, the cult icon has taken it to live audiences all over the UK and has established himself as a festival favourite. Expect lots of crowd pleasing funk and soul aswell as some deep cuts from Grandmaster Flash to Hot 8 Brass Band to Rick James.

The soul voice of a generation, Lauryn Hill emerged last year to celebrate the 20th anniversary of her five-Grammy-winning, game-changing album The Miseducation of Lauryn Hill and has since gone onto deliver a series of mesmeric performances which have lived up to her much-lauded status as one of hip-hop’s foremost lyricist and one of contemporary soul’s most passionate vocalists. With a formidable back catalogue behind her, the inaugural edition of Playground festival will be a chance to see a genuine music legend in the flesh.

Nominated once again for the Mercury Prize just last week for ‘Hunter’, Anna Calvi has gained a reputation for her extravagant and startlingly intense live shows. With a voice as dextrous as her guitar playing, she is a musician who marches to the beat of her own drum, writing songs that atmospheric, intense, bombastic and intimate all at once.

Beating off hundreds of competitors to win Playground’s Resonate competition, Fauves are a band who certainly fit the festival’s eclectic bill. Set to appear on the Main Stage on Saturday afternoon, the band have a string of impressive singles behind them such as ‘Blank Eyes’, ‘Head Spins’ and Hit Like This’. Bright, infectious indie-pop meets funky psychedelic soul with enthralling results and following the completion of a UK headline tour aswell as appearances at Tenement Trail, Tramlines, XPO North under their belt, it’s exciting to see all their tireless hard work pay off with more high profile shows on the horizon. They are sure to go down a storm with the local crowd this weekend.

Thanks to a prolific gigging schedule, Lylo are perhaps one of the tightest and most impressive live groups residing in Glasgow. Last year’s Post Era was one of the finest Scottish records of 2018 and it is sure to get a good run out at Playground on Sunday when they take to the Main Stage. Oscillating between languid slow-burners, enthralling jams and ebullient, jazzy, high-energy numbers, they are sure to win over many new fans once again.

Hot Chip returned with their lush seventh album ‘A Bath Full of Ecstasy’ earlier this year. Perhaps their boldest offering in some time, it arrived in full technicolour – an explosion of sound, optimism and experimentation. Back to their very best, their winning combination of synth-pop, electronica, funk and house is known to make for a wholly euphoric and energetic live experience. Not to be missed.

Dance duo Maribou State found their musical niche with their critically acclaimed debut album ‘Portraits’ back in 2015 and just last year unveiled its follow-up ‘Kingdoms in Colour’ a vastly more ambitious offering than its predecessor. After touring all over the world, they’ve used sounds from all over the globe for inspiration and it has resulted in a technicolour burst of sound. It’s one that begs to be heard live – their show is known to engage the eyes as much as it does the ears.

Playground marks Django Django’s first Scottish appearance in over a year. With three albums to their name, the critically acclaimed left-field art-rock outfit are known for their enormous hooks and frenzied rhythms. A band who most definitely dance to their own beat, the Edinburgh four-piece are will certainly keep the atmosphere upbeat.