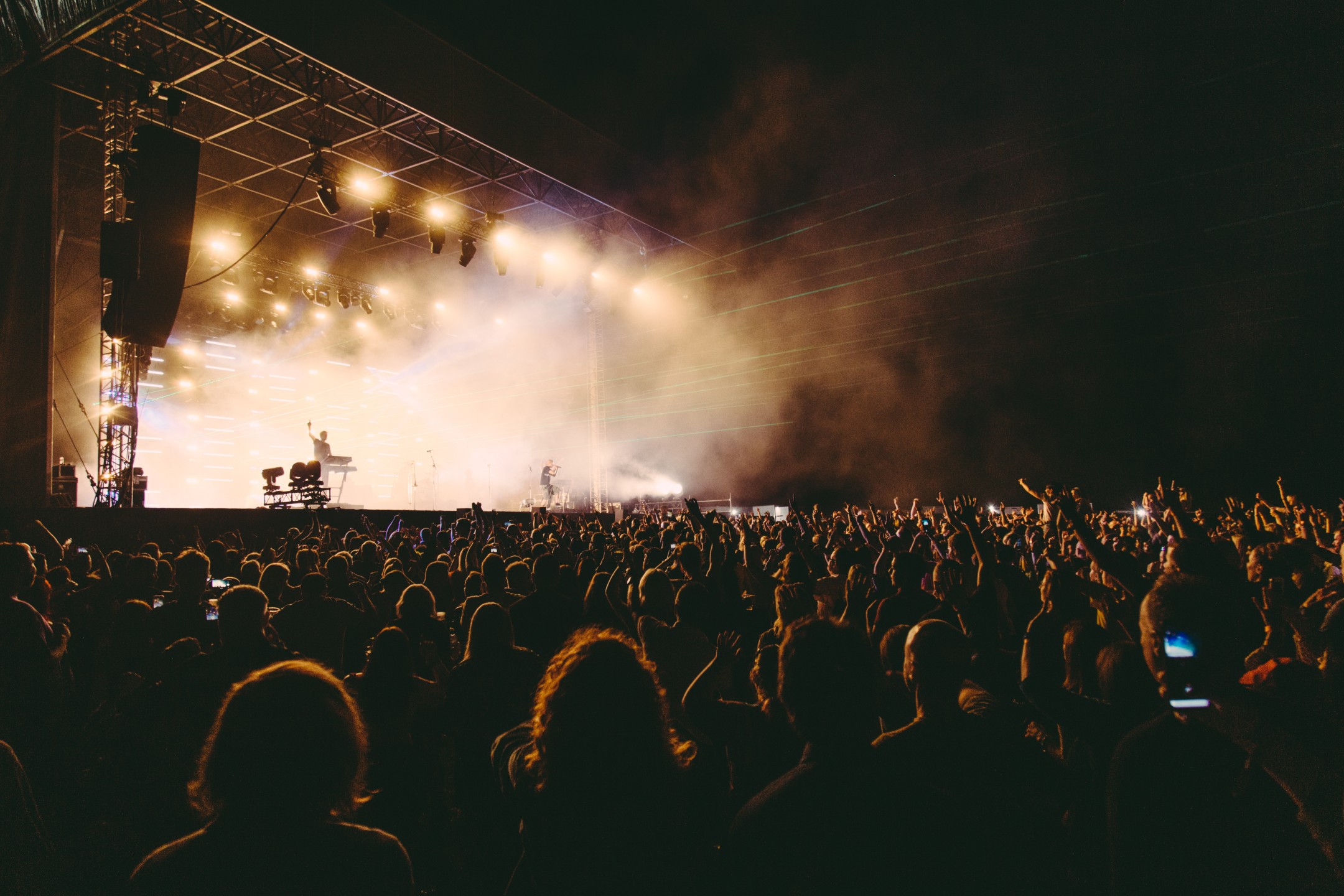 TWO years after its inaugural edition, Playground Festival returns to the leafy suburbs of Glasgow this weekend for three days of incredible live music. Taking place in Rouken Glen Park, organisers have secured a wildly eclectic bill that, quite literally, has something for everyone; from indie-rock veterans to disco legends to dance music icons to exciting emerging local talent.

As the festival prepares to open its gates to thousands of revellers tomorrow afternoon, we’ve put together a handy guide of all the artists you won’t want to miss across the weekend.

Creators of one of the most iconic disco catalogues in musical history, it’s impossible to pick out any singular career highlight for Nile Rodgers & Chic given that they’ve provided us with so many classic  hits. Sure to put a smile on everyone’s faces, they are the ultimate party starters and the Glasgow crowds are certain to get into the groove. Expect big hitters like “Everybody Dance”, “I Want Your Love” and “Le Freak”.

One of the most influential indie bands of the early 2000s, The Libertines are revered in Glasgow and they’re back to headline Playground for the first time. They may not be the fiery, riotous, wholly unpredictable band they once were but they’ve still got a set packed full of timeless indie classics. Now a well-drilled rock & roll outfit, they’re poetic tales of youth and debauchery have struck a chord with a new generation of fans and they’re sure to deliver all the old favourites.

Scottish cult heroes Glasvegas will arrive at Playground this Friday with a new album in tow – their fourth full-length ‘Godspeed’ came out earlier this year in the middle of lockdown. Back to their devastating best, it’s an album packed with cinematic emotional turmoil and gorgeous walls of sound. Alongside the new material, fans can expect to see classics from their acclaimed 2008 debut such as ‘Daddy’s Home’ and ‘Geraldine’.

Friday will be a special occasion for the Glasgow art-funk collective Fauves – not only because it will mark their eagerly anticipated return to live music, but because half of the band grew up within a short walking distance of Rouken Glen Park. Having been affectionally described as the festival’s ‘house band’ – they also appeared at its inaugural edition in 2019 – their eclectic sound draws from an array of influences such as funk, indie, R&B and electronica. Get your dancing shoes on for their early evening set.

Fife outfit Shambolics have an uncanny ability to produce dreamy indie-rock anthems with big, catchy choruses. Counting Alan McGee as one of their many admirers, their sound is full of nineties nostalgia, unerring charisma, hazy guitar lines and expressive harmonies.

Orbital, the British duo consisting of brothers Phil and Paul Hartnoll, are masters of their craft. With a vast catalogue of ambitious yet instantly accessible dance music, they’re informed by a wide variety of genres such as ambient, electro, punk, and film scores. After breaking through in the late eighties/early nineties, they’re back doing exactly what they do best; bringing joy to the masses.

Franc Moody are all about disco-fuelled funk tunes, packaged in glittering dance-pop productions. Their fun, intergalactic, sound is influenced by the likes of Daft Punk and Jamiroquai and is known for bringing the party atmosphere. With a vibrant, infectious stage presence, they’re at their best in the live arena.

Martha Reeves and the Vandellas

Sunday will be a rare opportunity to catch one of Detroit’s original Motown legends in the flesh. Martha Reeves may be 80 years old but there’s no denying the iconic catalogue of tunes she has at her disposal. Known for a string of hits like ‘Dancing in the Street’, ‘Come and Get These Memories’ and ‘Nowhere to Run’, she’s an absolute powerhouse with classic, timeless appeal.

Following the release of their debut ‘EP1’ last year, Beta Waves have been quietly working away behind the scenes on their next project – said to be their first full-length album. Never afraid to push the parameters of their sound, fans can expect a heady mix of vibrant psychedlia and cerebral synth-pop with an indie flair.

Scarlett Randle’s sound has developed massively since the release of their debut single ‘Berlin’ in 2017, with electronic and 90s soulful influences coming to the forefront. Having grown into a really engaging frontperson, Randle’s dreamy vocals and inventive pop arragements are sure to go down well this weekend.

Having first risen to fame as the lead singer of the popular electronic duo Moloko, Roisin Murphy has effortlessly forged a hugely successful solo career since the nineties – showing her ability to continuously reinvent and experiment with new electronic and disco sounds. Following the release her critically acclaimed album ‘Roisin Machine’ earlier this year, her set will be jam-packed with dancefloor-ready hits.

Rebecca Vasmant plays Playground this coming Sunday, returning after the release of her collaborative album ‘With Love From Glasgow’. Working at the centre of the city’s flourishing jazz scene, the DJ, musician and producer is sure to win crowds over with her inventive jazzy arrangements and positive vibes.

TTV TALKS: The Libertines on lockdown, playing live and Playground