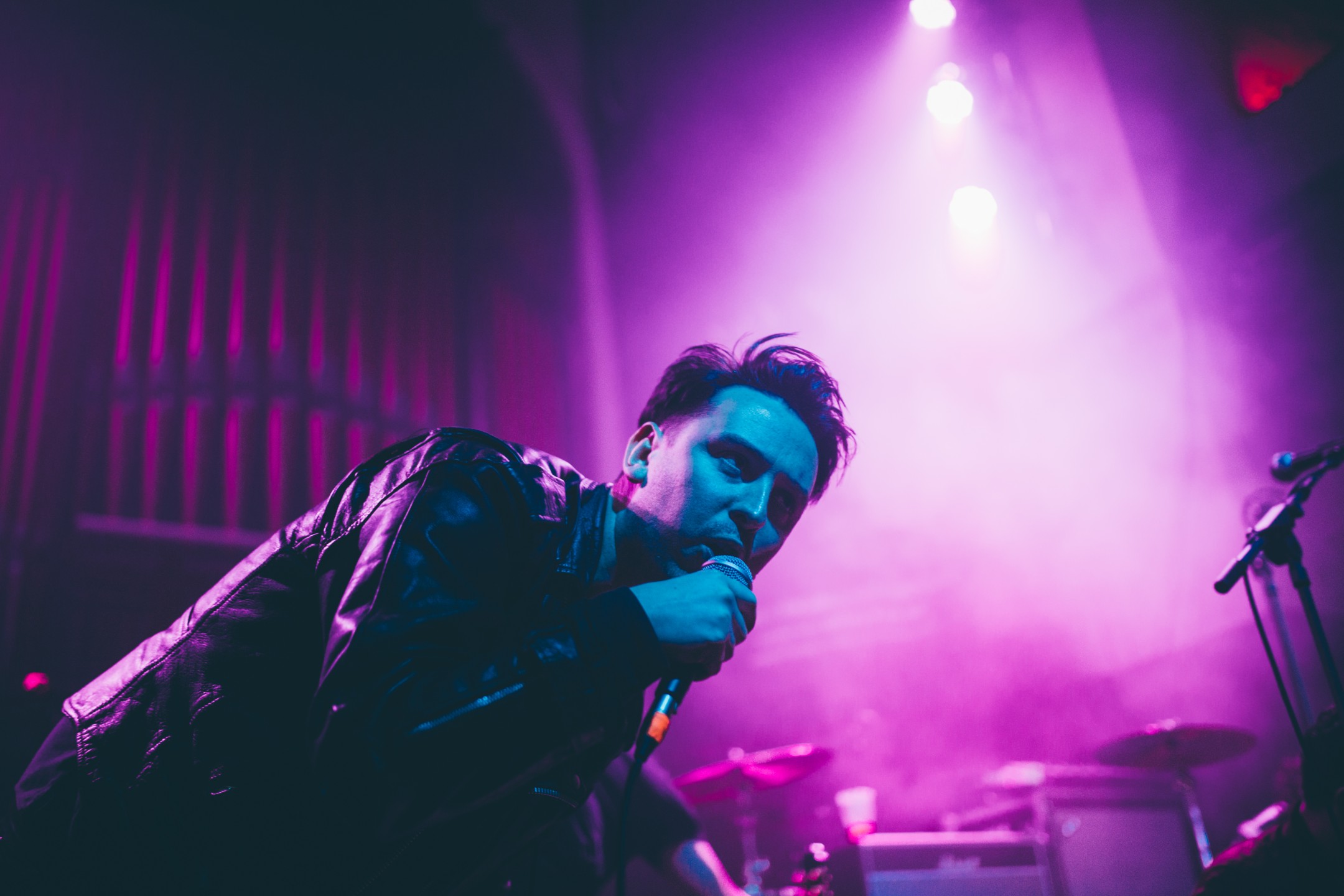 SINCE its inaugural edition in 2016, the St Luke’s All Dayer has become a pillar of Glasgow’s summer music calendar. With each new iteration, the bill and subsequent buzz around it goes from strength to strength and this year is no exception. Steeped in the now iconic surrounds of The East End’s St Luke’s and the adjoining Winged Ox bar, it’s a chance for revellers of all ages and demographics to worship at the secular altar of live music. Comprised of burgeoning talents, artists that have been on a mercurial upswing and returning conquering heroes, we’ve provided you with a step-by-step guide to the artists that cannot be missed.

Whether it’s The Cramps, The Birthday Party or the patron saints of subversion that were The Stooges, there’s a lot to be said for harnessing the more malevolent side of the human experience and funnelling it into your art. Far from shocking just for the sake of it, Franky’s Evil Party are here to make you question the very  fabric and power structures of the world around you through their high intensity aural assault. All guttural roars and serrating guitars, this Dumfries based outfit aren’t for the timid but it does exactly what rock music at its most uproariously potent should do- make you feel something.

In times of opaque uncertainty, punk music can be a much-needed unifying force. Clenched into the bosom of the Glasgow faithful ever since they first made the trip up from their native Blackpool, Strange Bones have maintained the affections of audiences around the UK courtesy of their pandemonium-inciting material. Taking influence from everything from Frank Carter-era Gallows to the heyday of So-Cal ska punk, the group toe the line between anthemic songwriting and riotous sonic dissonance like few others and will sure to add to the throngs of the converted at St Luke’s.

Never one to cower in the face of convention, Scarlett Randle is a songwriter of the 21st century in all the best ways possible. Whether others extol virtue and rhyme off platitudes for the sake of their own personal gain, this naturalised Glasgow-based talent has the courage of her convictions and turned in enthralling performances at every turn. After staking her claim as one of the nation’s rising stars at last year’s Tenement Trail, she’s consolidated the hype with shows at TRNSMT’s Queen Tut’s and a recent support slot alongside Emme Woods. If you need any tangible evidence of her superlative talent, look no further than the poignant, Frank Ocean-tinted  ethereality of  ‘Her’ below:

Over the course of the past year and a half, Parliamo have went from the fringes of their provincial hometown to a well-established fixture on the lips of tastemakers from around the nation. Boasting a punchy but formidable indie pop sound and a penchant for invigorating detours that exemplify the cumulative reserves of creativity, many have hastened to describe the band as some sort of throwback to the ebullient days of guitar music’s radio dominance but it ultimately does them a disservice.

Rather than acting on dewy eyed nostalgia, the Perth outfit are actively permeating through the predisposed notion of what modern guitar pop should sound like and Scotland’s musical landscape is all the better for it.

The proponent of a resonant and, at times, heartrending brand of folk, Lizzie Reid’s music possesses a sense of forthright emotional clarity that expands beyond her years. Capable of fleshing out spellbinding and affecting narratives that would stand her in good stead for the position of Boygenius’ fourth member, there’s still an innate sense that she’s only just beginning to outline what she has to offer and that’s an exciting prospect to say the least. If you want to have your heart and mind serenaded and prodded all at the one time, her set is not to be missed.

Although it may be shrouded in mystery, to say that the excitement surrounding Kieren Webster’s new WEB project is anything less than palpable would be to do him a disservice. While any evaluations that could be made about the sound would be wild speculation at this point, a recent TTV Talks with the acclaimed songwriter informed us of the following:

““Yeah…. I’d say there’s a lot of the same influences as before but there’s a lot of new influences as well,” he proclaims. “I’ve sort of been… nurturing the dark side. A lot of people I’ve sent the demo to have been saying it’s kind of (Jesus And The) Mary Chain-esque, sort of shoegazy. Which I’m happy about ‘cos… that makes sense as I listen to them like every day. The Fall as well, I’ve been listening to a lot of them over the last sort of year or so. They’ve been quite influential in the way that they don’t really care and they just go for it. It’s something that definitely comes through in their records.”

To put it bluntly, you’d be mental to overlook this one. 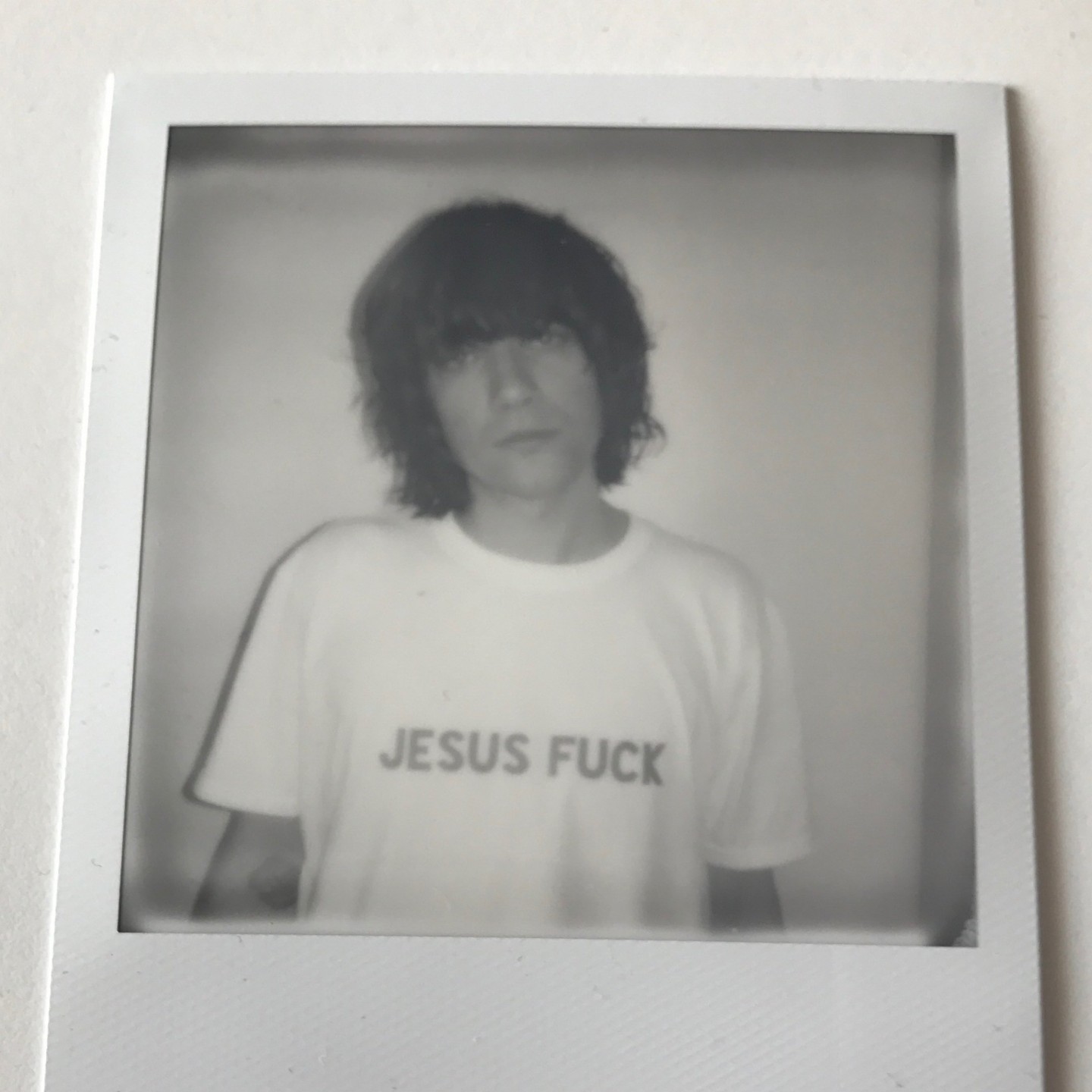 To make use of an age old adage, they say that absence makes the heart grow fonder and it’s safe to say that the groundswell of love for Glasgow’s Tijuana Bibles has only intensified during their period of sustained hiatus. Despite their Welshian assurances that “oUr cApTorS hAve BeEn gOOd tO uS”, the liberation of this feral, unsullied outfit is long overdue and the prospect of what their latest incarnation holds is tantalising to say the least. Acerbic and confrontational, the primal howls of Tony Costello and their formidable wall of sound have been sorely missed and it’s now time to see how they’ve retooled and contorted their sound on this occasion. Two years on since they last entranced the assembled congregation at the venue during a December 2017 headline show, there’s no telling what their re-emergence will bring and there’s only one way to find out-  Be there.

Check out the full set times for this year’s event below now: 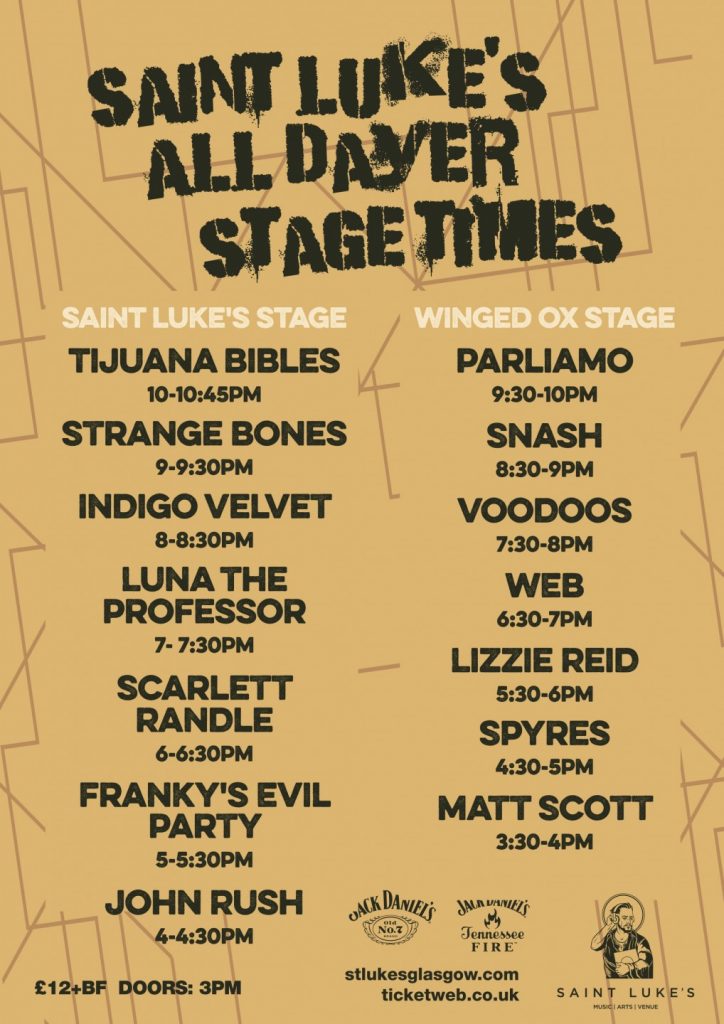