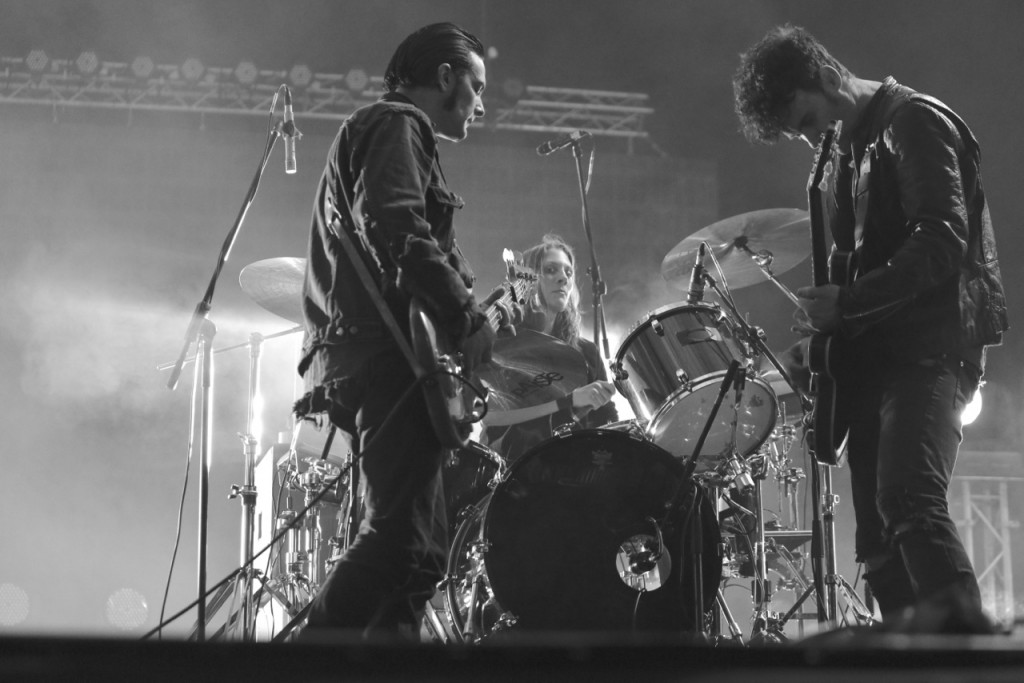 Black Rebel Motorcycle Club are touring the world with a wing and a prayer that one day they will be a “fucking big band.” With an entire section of their website dedicated to fans with BRMC tattoos, its hard to fathom that these guys would think they are anything but. As they get ready to headline the first day of Clockenflap Festival in Hong, Tenement TV catch the band backstage.

“We feel lucky as fuck to even be here. Touring places like Australia, New Zealand and Japan has been great. Everyone has been really positive towards us and we’re coming up to a whole year of being out on the road.

“This time around in Australia it seemed like everything got bumped up a bit from last time and people were really cool. We are in bigger venues. Getting to even go to Australia is lucky as fuck.”

“You only really get to come to places like this once in an album cycle so you have to make the most of it. It’s good to go somewhere new and break even to pay for gas at the end of it.

“It was only two years ago we were last in China and I was like ‘shit this could be the first and last time we get to be here.’ I don’t know how many cities open up to us. At festivals all the other bands are helping each other out to make the gig happen, whereas when you are out on your own its a whole other story.”

Turning their hand to the business side of music releasing their record on their own label, the band insist they don’t really know the music business like you think they would: “When we started the idea we thought we could help out smaller bands, we don’t want to be a record company though.

“To be responsible for people and stuff is not what we wanted, I don’t know how to help. On our CD’s we include band names and info, that’s about the best we can do. And we invite them on tour with us when we can.

“It would be awesome to get bands joining the label, its always nice to help out friends and other bands from music genres we like that we want to support.”

With an eclectic back catalogue, BRMC are still very much in touch with up-and-coming talent and genres: “We love loads of new bands, man. Bass Drum of Death are awesome, Restavrant……and Deap Vally, they are killing it!”

BRMC are touring over the next few months, with a large tour planned in France : “A promoter we worked with in France urged us to go for the tour. He was like ‘why don’t you fucking try it? It went pretty fucking well in France at festivals and we did a handful of shows, we are trying to see if we can make something of it.

“Someday we are going to be big.”

Jagwar Ma on using samplers instead of live drums, touring in Australia and favourite show of the year