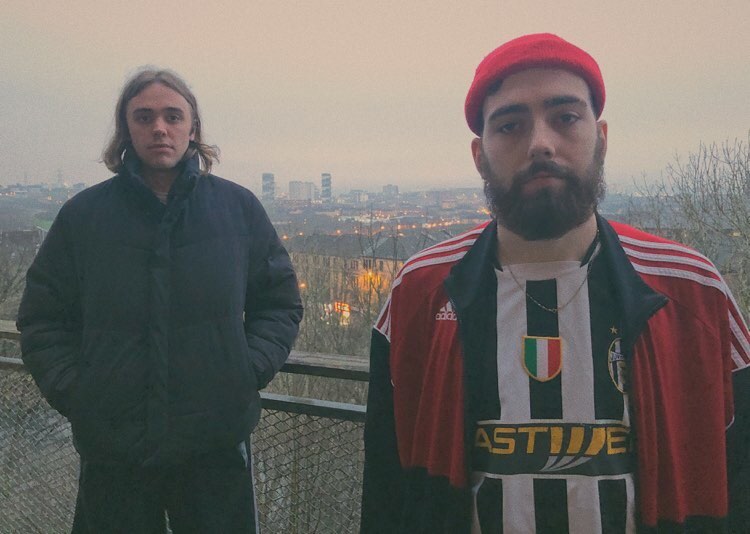 IN the latest instalment of our In Isolation series, we catch up with two of Glasgow’s most popular emerging acts Gallus and CRYSTAL. As part of the city’s closeknit music scene, Gallus frontman Barry Dolan and CRYSTAL guitarist Blair Crichton have found themselves in close proximity at the beginning of their isolation period having recently moved into a flat together. Here’s what they had to say.

What’s the last thing you said in the band whatsapp?

Barry: I think I said that our mixes are in for our new tunes.

Blair: Probably just talking about the record deal and all that mate [he says looking at Barry, laughing]. Nah, I think I was just asking Liam if he was ok because he’s pretty certain he’s got coronavirus.

How do you feel about the current state of the world and the effect it will have on the Scottish music industry?

Barry: It’s pretty bad now but I’m looking forward to what the Scottish music scene does afterwards and how it will recover because I know we’re a strong bunch. I think people will rally round it. Realistically the demand is going to be so much higher when all this blows over because there are going to be so many gigs people want to go to because now they’ve not had the chance to go to them.

Blair: Aye, it’s obviously going to be bad but it’s having the same effect here as it is everywhere else. It’s bad short term, but long term I don’t think it’s going to be a really, really bad thing.

Barry: Declan Welsh and the Decadent West, Spyres, The Roly Mo, Pleasure Heads and The Vanities.

Blair: Thanks for mentioning Crystal, mate. Gerry Cinnamon, Spyres, The Dunts, Ghostbaby and, fuck it, Gallus!

When the world gets back to normal what’s the first thing you are going to do?

Blair: After seeing my family and girlfriend, I’ll go for a night out. Get the group together, all my pals, have some brewskis, and go to a public venue! I’ll enjoy that.

Barry: We’ve just recorded and we’re very happy with the tunes! So releasing music soon. Hopefully we’ll be playing TRNSMT along with all the other local acts on the lineup, and hopefully the stuff that hasn’t been announced yet gets to go ahead. We’ll come back stronger!

Blair: Releasing tunes via LAB Records! Roughly every eight weeks for the rest of the year.

TTV TALKS: In Isolation With.... Voodoos