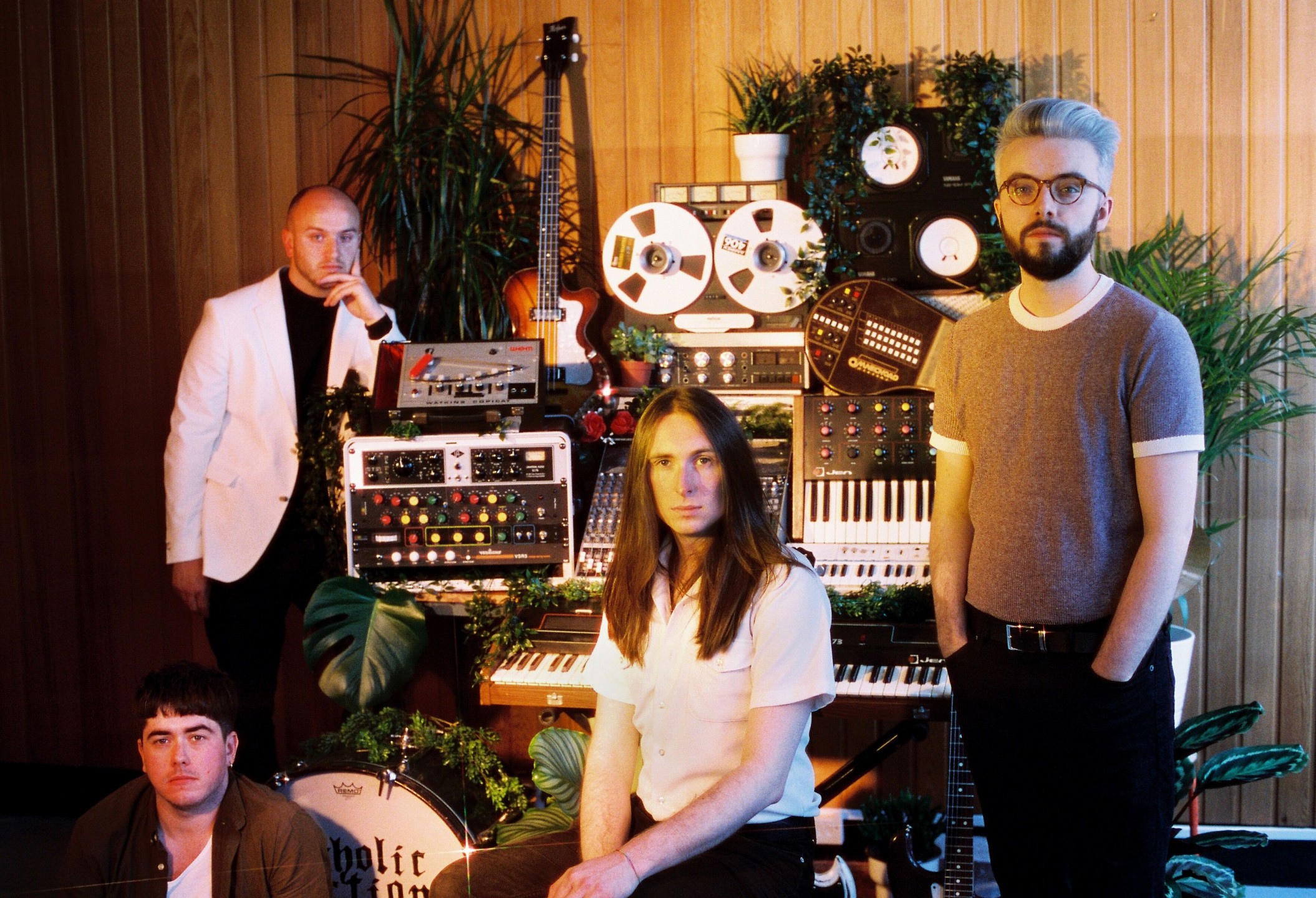 AHEAD of the release of their latest record, ‘Celebrated By Strangers’, TENEMENT TV caught up with Catholic Action’s lead singer and guitarist Chris McCrory to chat about the politics, Glasgow, and the new album.

“It’s been a long time coming. It always feels good to have new music out, it means you can clear the slate and move on creatively to whatever is next.”

The band released the single ‘One Of Us’ back in October 2019, a tune with a defining spirit that touches all of the tracks on this record.

“Kind of… there’s definitely a spirit that runs through all the tracks. You’ll have to answer that one yourself. I will say however, that we definitely did not set out to make 11 roughly similar songs. The tracks ebb and flow, we set out to make an album that’s best enjoyed cover to cover. It’s definitely a luddite view in today’s world of drip feed singles, but our main focus as a band is making whole albums that people can enjoy, put your feet up (or down) and really listen to.”

In such a divisive and uncertain time, it is not uncommon for musicians to discover creativity out of challenging environments and situations.

“Yeah, I think any kind of turmoil tends to produce great art. Creativity needs a fuel.

I reckon in a few months we’ll hear a lot of great music, with everyone being in lockdown and life as we know it essentially hanging in the balance.”

One of the most promising bands in the thriving Glasgow music scene, Catholic Action relish in the attitude that defines the bands making waves both in and out of the city.

“Every time we tour the UK or I’m working at studios in Liverpool or London I’m reminded of it. We are very, very lucky in Glasgow.

It’s not just the abundance of bands doing very different things from each other, nor is it how high the bar seems to be in terms of quality, it’s the attitude. There’s a healthy, open and collaborative culture of respect here. From the bands themselves to venues, studios, blogs and podcasts – everyone gets involved just for the pure love of it.

There’s also much less of the kind of vicious careerism and power tripping that you tend to find in places like London. Then again, I think that’s just because most of the A&R folk are down there. But either way, we should keep celebrating the scene – we have it very good.”

With two full length albums under their belt, Chris offered some advice to bands heading into the studio for the first time.

“Be bold and commit to something substantial.

Work with a producer you trust and get on the same page sonically, do some pre-production so everyone knows what they’re doing and write at least ten more songs than you think you’ll need. That last one is the most important. Good songs are everything.”

Listen to ‘Celebrated By Strangers’ below:

TTV TALKS: In Isolation With... Gallus and Crystal