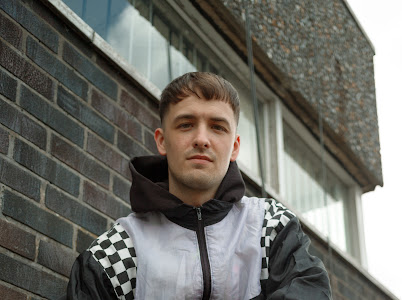 THERE’S a very good chance that you’ve heard Ewan McVicar’s ‘Tell Me Something Good’ over the last couple of months. The Ayr DJ enjoyed UK Top 40 success with the dancefloor banger earlier this year, gaining regular airplay on Radio 1 and a raft of compliments from dance music aficionados such as Arielle Free, Danny Howard and Jodie Harsh. It also had the honour of being named Radio 1’s first ever Best Dance Track of the Year.

Following the huge success of the infectious mix – which samples Rufus & Chaka Khan’s classic track Tell Me Something Good – we caught up with the high-flying DJ to hear about his recent success, his influences, starting out in Ayr and what his plans are for the next year.

“It feels great!” he says of his recent chart success. “I make music to play out in clubs / sets so when a track does well anyway it is always a bonus. It’s pretty surreal because TMSG charting at 15 in the national UK charts is crazy in comparison to the tracks sitting around it. I’m hoping it could be the catalyst for some good house music to start coming through and other talented producers receiving well deserved recognition. That is the kind of thing that means the most to me!”

Combining catchy vocal hooks and huge synth stabs to create a rapturous moment of dancefloor euphoria, it’s no wonder that ‘Tell Me Something Good’ has been so popular with the masses. Citing Paul Johnson, Patrick Topping, Dan Shake, Rex The Dog + Big Miz as his influences, he reveals what he believes to be the hallmarks of a classic dance track.

“Jackin’ drums with plenty of swing, a bassline that makes you want to swing yer gran aboot, powerful vocals and some noises that mean the track never gets old” he says.

For those who follow Radio 1 and the UK Charts, his recent hit will probably be their first taste of the young DJ and producer. However, his recent success comes after years of putting on his own club nights and experimenting with a range of electronic genres. It all started with ‘TEN’ in Ayr– a night that has been credited as revitalising the town’s club culture.

“I started a club night in Ayr called TEN in 2017, named after some tragic events that have happened to me. As this meant so much to me this then dispersed onto the ravers that would come to TEN and really became more of a movement than ‘just another club night’. I placed the focus on the consumer and ensured that everyone felt safe & welcome & that they were really part of something special. This for me gave Ayr credibility and was a dream for me to add some culture to my town that – in my opinion – has been neglected for years! This was very much a conscious decision!!”

Having cultivated a large word-of-mouth off the back of ‘TEN’, McVicar is proud to showcase his roots – and his music often dabbles with the classic rave sounds that were so popular in his hometown in the 90s. In fact, his new EP (out on Friday 19th November) is appropriately called ‘Back Tae Ayr’.

He says, “Even now with the way things are going, I make subtle hints to my hometown to let everyone know I won’t forget where I’ve come from.”

Now with a large following that stretches way beyond the confines of his hometown, he shares advice for DJs and producers just starting out.

“Patience, work ethic, perseverance and self-belief. All of these have been key to me getting to where I am and if one of them fell by the wayside, I would not have made it this far. It’s competitive and tough but if I can do it with no musical background and playing no instruments, then anyone can do it!!”

From his formative days dabbling with different sounds on Ableton, McVicar has come a long way. Speaking about his journey, he tells us: “Since 2015, when I started learning to produce, my production has evolved massively. I can now get the ideas in my head and put them onto my laptop whilst keeping my personal energy throughout the tracks. You never stop learning as a producer, there is so much that goes into it and to this day and forevermore, I will always find new techniques that keep me on my toes!”

One standout moment of the last couple of years has been teaming up with Patrick Topping’s label ‘Trick’ for the release of his debut EP. Not only has this relationship allowed him to blossom as an artist, but he’s been able to share his music with bigger audiences than ever before. Now a core part of the Trick collective, he tells us how it all began:

“Patrick started his label Trick and I grabbed an email from their new Soundcloud they had started. I think it was around 6/7 months before I heard back from his tour manager Morgan Bennett who said he loved my track ‘Dorian’. I think only a few days after I woke up to PT messaging me on WhatsApp and I burst out crying. After so many years I knew this was a really good chance for me to start showing everyone what I could do as a producer and Patrick always believed in me. A week later I sent him Street Rave and that’s all she wrote! We have now grown the Trick label together musically and I’ve released my biggest tracks on there too!”

“Patrick has helped me massively and I owe so much to him & to Morgan especially!!”

With many highlights to choose from, the biggest to date though has to be his recent residency at Glasgow’s famous Sub Club.

“My biggest achievement personally is securing a residency in Sub Club in Glasgow. This was my number 1 goal before I started all this!

“I had waited about 7 years for this chance and I wanted to invite people into my brain for the residency. I’m consciously didn’t want to play any of my big original tracks as I don’t think Subbie is the right venue for them. It was exciting to show people what I’ve had stored in my laptop for years and years for this very moment and take them on a journey.”

And after a highly successful 2021, there’s plenty still to come from Ewan McVicar. Ambitious and hungry for more, he sets out his plans and ambitions for the future.

“I want to keep releasing music I love, on labels I love. Having the freedom to make multi- genres and enjoy myself is really why I started all this! Be good to see now if people that listen to chart music can be open-minded enough to listen to my other EPs!!”

“My biggest ambition is to do a one-day festival in Ayr & after maybe play at Hampden!”