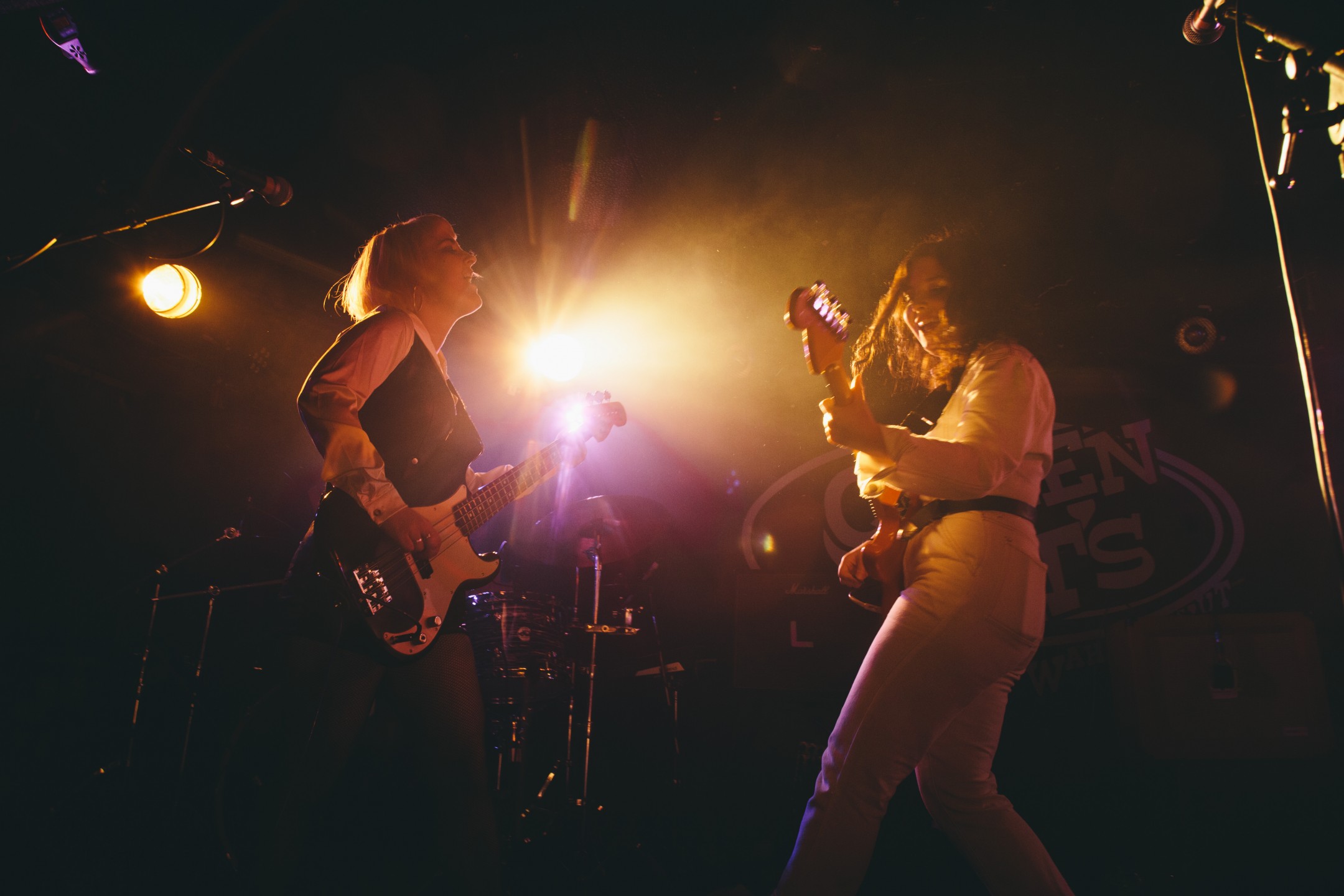 IN the latest instalment of our In Isolation series we catch up with The Van T’s.

Like so many around the world, the Glasg0w-based band have had to deal with the ripple effects of COVID-19 head-on – co-lead singer Chloe Van Thompson only recently returned to the UK after a tumultuous few days stuck on the other side of the world due to flights from Australia being cancelled, leaving hundreds stranded. Now back on home soil, Chloe and twin sister Hannah continue on with their full-time jobs in the health sector, joining the thousands of key workers across the country who are working on the frontline.

However, still keeping some time aside to create new music, we catch up with Hannah to hear her thoughts on the current situation and what the band’s plans are for the future.

What’s the last thing The Van T’s said to each other in Whatsapp?

We don’t have one actually! Myself and Chloe are in one and I’m pretty sure I was moaning about not being allowed into Boots pharmacy as they were only letting 5 people in at a time. Scary stuff.

It’s quite surreal, it’s almost as if everything is frozen at the moment. We are stuck in limbo where everything has been postponed until after summer or sadly cancelled. It’s a scary time for Freelancers, promoters, venues, musicians, photographers, sound engineers, techs and those on zero hour contracts. It’s sad that go-fund me pages are being used to help venues pay their staff. The government should have stepped in earlier and put measures in place for those who can’t receive statutory sick pay. Boris Johnson has said it’s easier now to make a claim for Universal Credit or Contributory Employment and Support Allowance, however this won’t be near enough for most people to still pay full rent, bills, studio fees etc. Despite this, the music scene and community in Scotland has pulled together and supported each other immensely. Continuously supporting each other’s work. Help Musicians is a great platform to help struggling musicians and are there to offer advice too.

There’s far too many. The new Glasgow Spotify playlist has an extensive list of bands killing it at the moment!!

When the world gets back to normal, what’s the first thing The Van T’s are going to do?

Hopefully give each other big hugs and carry on with business. My hours in work have increased immensely due to COVID-19, so I’m continuing to write new material amidst the chaos.

What’s next for the band? Still releasing new music etc?

We actually have a new single ready to be released. We have pushed this back due to everything going on. But it’s a banger and we can’t wait for you to hear it.