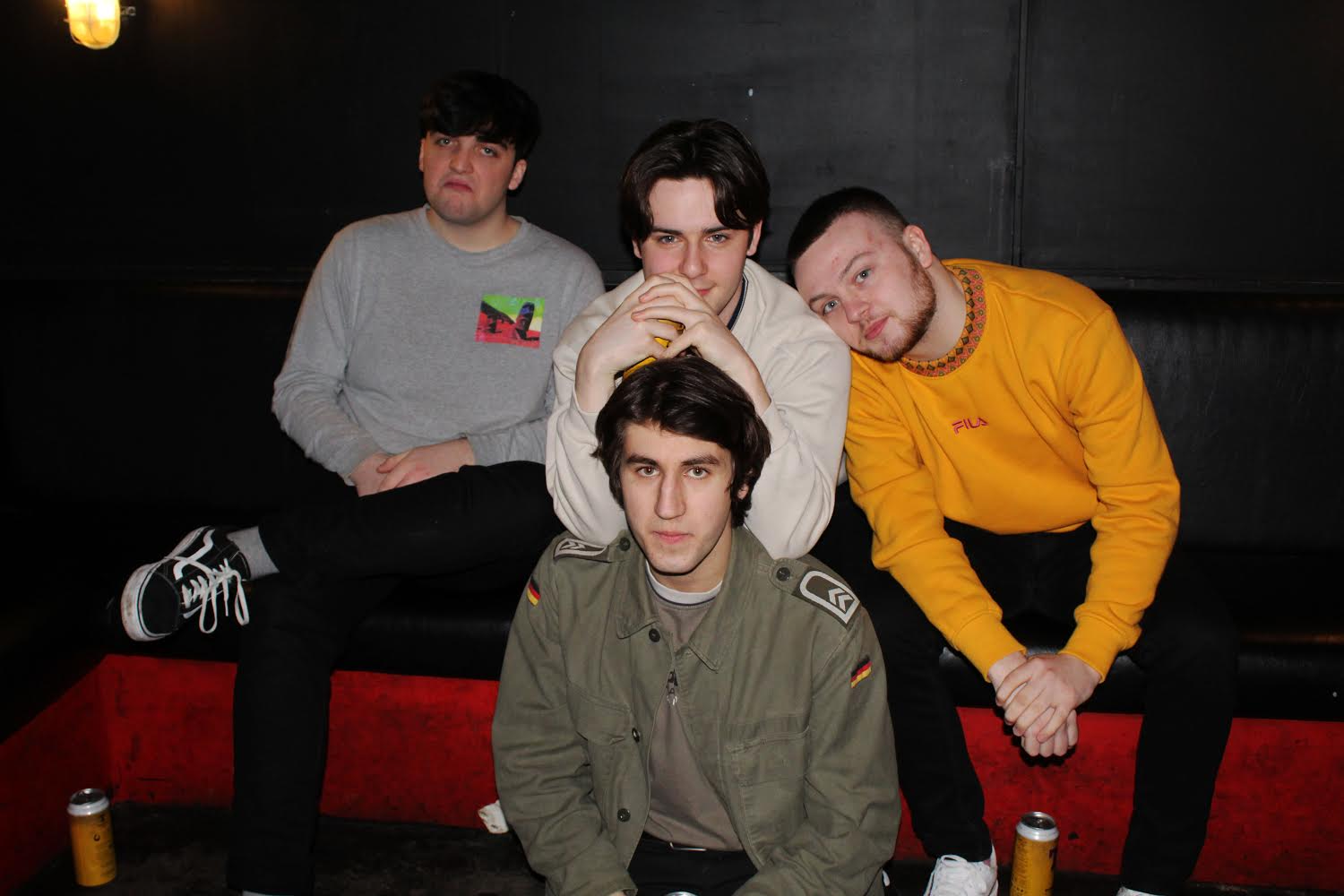 JUST a few weeks ago, Voodoos firmly embedded themselves in Glasgow music scene folklore with a riotous set at SWG3 supporting The Dunts. Showing themselves to be right at home on one of the city’s biggest stages, they whipped the room into a frenzy with one rapturously received anthem after another and displayed exactly why they’ve been tipped to follow in the footsteps of many of their local punk contemporaries.

While that night may feel like a long time ago for many of whom were in attendance, the fast-rising quartet are back tomorrow to treat fans with a brand new single called ‘TV Set’, the first from their upcoming EP ‘What Was The Supposed to Mean?’ out on 3rd July. In the latest instalment of our In Isolation series, we catch up with the band to hear about their plans for the future and more.

A heavily doctored photo of Kenenisa Bekele was the last thing to be sent.

How do you feel about the current state of the world and the effect that it will have on Scottish music industry? It’s a total disaster but it’s something we are going to have to deal with and get through together. In terms of the music industry it has the potential to destroy everything people have spent years building. As bands we need to keep finding new ways of engaging with people and being locked down really doesn’t help with that. Not playing gigs is really tough because it’s what we are all about. Hopefully the time we spend in isolation will give us some time to get creative and write more songs but that’s really the only positive. Having said that, there’s loads of great bands in Scotland right now who all want to help each other and this situation is no different. We won’t let people forget about us in a hurry. If we keep washing our hands and staying indoors then hopefully we will be out of this mess sooner rather than later.

As everyone says there’s far too many and even Spotify have made full playlists just of bands from Scotland or Glasgow so I’ve been listening to them. If I have to pick five then I’ll go with The Dunts, Baby Strange, Rascalton, Gallus and Fabric Bear. 4.

Book a table at Doner Haus and order a few kebabs. We’ve got our priorities in order.

The most we can do just now is release new music. We’ve got some singles an EP coming your way, TV Set being the first. In terms of dates we obviously had the TTV Discover postponed so we are looking forward to eventually doing that. We also had some big plans just before this crisis hit which we didn’t even get to announce so we are working on getting that sorted again for as soon as possible. Until we can get back to playing live we are just going to try and create as much as we can to keep everyone engaged.

Check out a preview of the ‘TV Set’ below.

TTV TALKS: In Isolation With... Gallus and Crystal