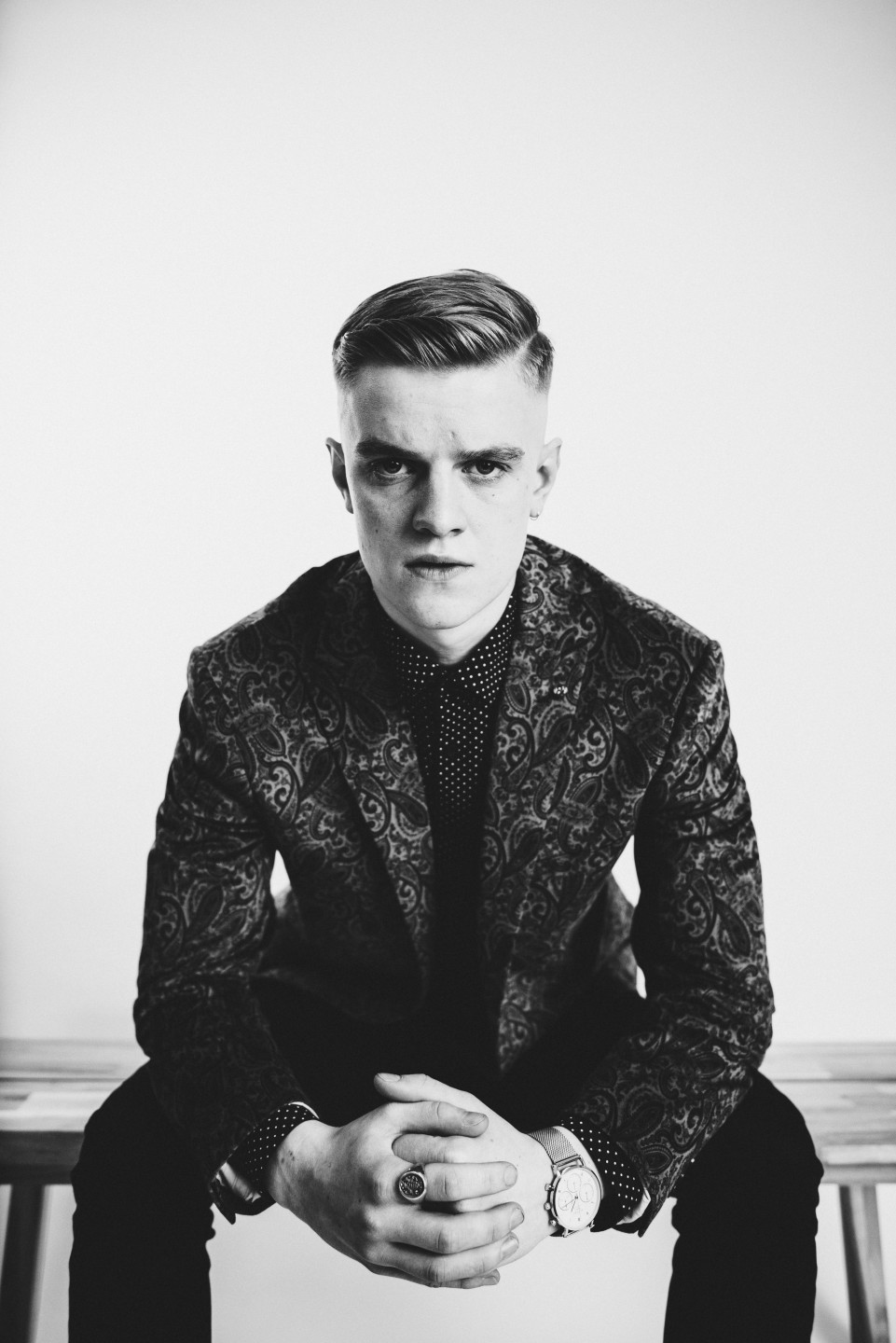 MEET Luke La Volpe, the fast-rising singer-songwriter who has been tipped to follow in the footsteps of his West Lothian counterparts Lewis Capaldi and The Snuts. A name you’re going to be hearing a lot more of in the coming months, Luke was named as one of our TTV 2020 Vision Artists at the start of the year alongside the likes of Aaron Smith, Kitti, Swim School, Spyres, Medicine Cabinet and more, having seized our attention with massive tunes like ‘Can’t Seem To Get Enough’ and ‘Nightmare of the Streets’ throughout 2019.

Already counting an Edinburgh Summer Sessions show alongside Lewis Capaldi and a Tom Grennan support slot among his many triumphs in the two years since he started out, Luke and his three-piece band now have a Scottish tour and a sold-out headline show at Edinburgh’s The Mash House lined up in a few weeks as well as a support slot with Tom Walker; it seems that 2020 is already shaping up to be a big one for the Bathgate singer. However, despite the endless ‘one to watch’ tags being thrown his way and continuous interest from industry insiders, he remains with his feet firmly on the ground when we catch up with him in the weeks after Christmas.

Discussing his TTV Vision 2020 nomination, he replies “It was pretty good, a bit of a shock actually.. Obviously the Capaldi gigs kicked us on but up until now we’ve not really been noticed.”

“I’ve followed TTV for a while and I’ve found a lot of artists through it. To be one of them shows it’s possible for me to go as far as where these other artists have gone. Without platforms like TTV, people like us wouldn’t get noticed”

Luke is in good company on this year’s TTV Vision 2020 list with the likes of Spyres, The Roly Mo and Joesef all making serious waves in the industry. However, one voice particular stands out for the frontman

“I’d ever heard of kitti until I looked at that list. When I heard her I was like ‘holy fuck!’. She’s got big Amy Winehouse vibes and some voice. I’d love to write a song with her as she’s similar style to what I like.”

As part of the buzz surrounding his TTV Vision nomination, Luke stopped by TTV HQ at the tail end of 2019 to deliver one of our iconic live sessions. Set to appear online in the coming weeks, he discusses how it was a massive moment for him and the band.

“It was really good, the boys from The Roly Mo were in before us so we got to hear them. I’m an old man and don’t do social media so it’s the first time I’ve heard them but was really into it. But yeah, everyone was friendly and it was very seamless. We did a couple of takes and that was us. I enjoyed actually being there after seeing all the videos”

After Roly Mo delivered a rock’n’roll cover of Lady Gaga’s ‘Bad Romance’, we ask Luke what his go-to cover would be. “Lizzo’s ‘Juice” his the unexpected response.

Perhaps though it shouldn’t be too much of a surprise as he is known for having a wildly eclectic range of musical influences. His recent tunes indicate a love of all things 50s and 60s rock and roll, the blues and modern indie – marrying a traditional songwriting flare with a modern production style and heaps of swagger.

“It’s a weird range” Luke tells us. “I was brought up on blues music mostly. This sounds bad but I don’t listen to a lot of music. I’ve always been into indie – Arctic Monkeys have always influenced me but I need to get involved with the mainstream and start listening to more. I get in the habit of listening to the same stuff every day”

Having first started out as a solo songwriter, Luke now performs alongside another three musicians who have helped to make his sound fuller and more distinctive in the last couple of years. Not only has it helped him to sonically develop, his approach to songwriting has also changed for the better with the benefit of throwing ideas against one another. It’s a shift that has allowed him to avoid being pigeonholed in one specific genre, allowing him to develop his own modern spin on a vintage style.

“I write with the band as well as me writing songs. It started off as a blues band but I hate telling people we’re a rhythm & blues band because we’re not. You get pigeonholed as people hear that and think you’re old-fashioned. But we put a different spin on it. I also like Jeff Buckley, Radiohead and other stuff … it’s a big mix of everything”

“The band have definitely changed the way I write as I’m now writing for a band. But it’s a positive thing, not a negative. It’s good to have three other guys to batter ideas off and to have fresh ears to your own music because sometimes there’s a risk of getting lost in your own thing. You also have a better laugh with your pals”

One thing that Luke has found difficult to get use to in his rise to prominence is social media. An essential for all artists nowadays, he describes it as a job in itself. “You’ve got to be constantly on it all the time. That’s what the industry is now though. I’ve started getting used to it, having to put stories up and all that. It’s a shift in itself but that’ll come as we progress”

When talking to Luke, it’s impossible not to mention West Lothian – the place has become a certified breeding ground for new talent in recent years with the emergence of Lewis Capaldi, The Snuts and more. Has it given him more confidence moving forward? “100%” he says.

“I look at Lewis and he’s one of the biggest celebs on the planet right now. I see the charts and things in the paper and I have to double take and be like ‘holy fuck, that’s Lewis that stayed up the road’.”

We ask him about his experience at last year’s Edinburgh Summer Sessions, where he supported Lewis Capaldi in front of thousands of people. He describes the experience as “spiritual”.

“It wasn’t nerve-wracking” he explains. “It was like a baby taking its first steps. It felt like a totally different world but like exactly what I should be doing. It opened a door in my mind that I could have that if I work hard”

When speaking to Luke, there’s an underlying drive and ambition that’s impossible to ignore.. With his eyes set firmly on the next 12 months, we predict he may just take the UK music scene by storm.

“I want to keep going the way were going and to ride the wave of momentum. We’ve not really had recognition until now and we’ve only been together for two years. Now we’ve got a bit of spotlight, we need to work the way we have been and not to let any outside variables affect us. It’s easy to get to this stage and not put in the same effort”

“Keep going the way we’re going and maybe get a nod at the Scottish Music Awards for breakthrough or something… I won’t jinx it though” he says with half a laugh.

As for new music, he and his band are in the process of recording something but don’t want to give too much away. “It’s going to be totally different” he says. “It won’t be Lizzo’s ‘Juice’ though”.

TTV TALKS: In Isolation With..... VLURE