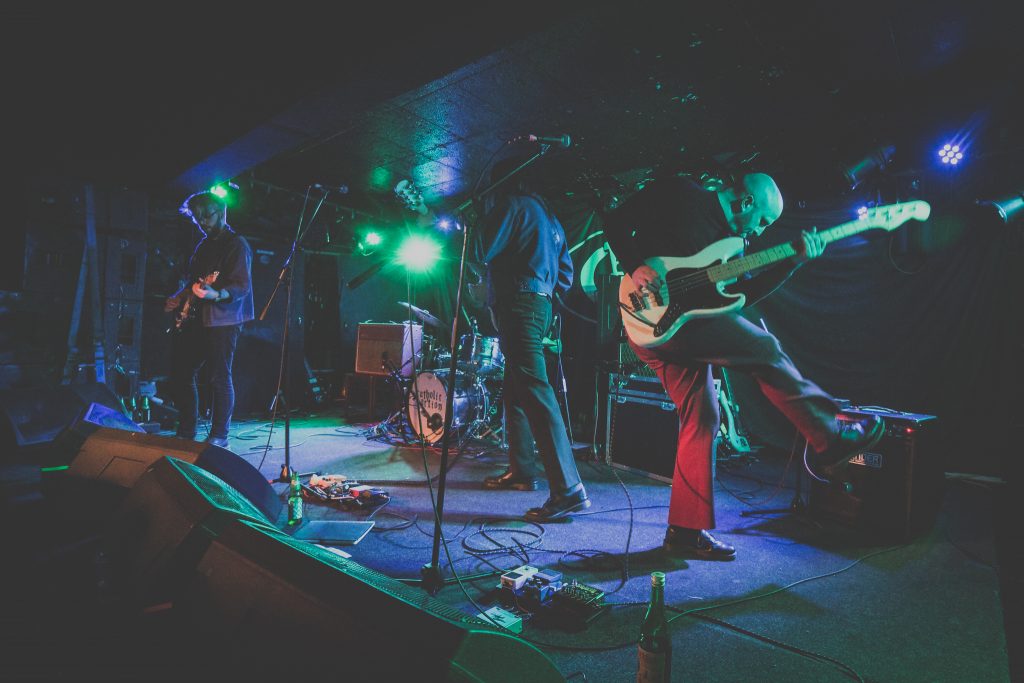 AHEAD of the first Yala! Record showcase north of the border, Tenement TV caught up with Maccabees guitarist turned label boss, Felix White to discuss the Yala! journey so far.

Following the end of The Maccabees, Felix found himself reflecting on the scene the band found themselves immersed in years ago.

“The Maccabees had been formed during a time in London where there were so many night, bands and record labels informing each other and pushing each other further. When the band finished two years ago, we realised that most of this had been disassembled over time without being refreshed. We felt like we had all the means in us to put something new together ourselves. Beginning by seeing The Magic Gang, falling in love, then signing and having them play our first night, it’s all grown really quickly and are now 8 releases, 15 sell out nights and infinite live sessions into Yala!”

The strength of the emerging music scene in the UK was the first indication of success for Yala! Records.

“We felt like it could grow because there is so much great new music around which was struggling to find a place. It was pretty simple really, we felt like we could provide that home. The frustration has actually been, whilst giving Idles, Whenyoung, Yak, etc. a real platform for them to go on and reach more people, that we haven’t been able to put out all of the records and put on all the bands we love. There will be a day!”

Yala! Records will, naturally, bring their clubnight to  Glasgow in November, and the roster of guests they have had at their London shows has been nothing short of exceptional.

“A friends of mine, who was the Maccabees merch guy, runs Bermondsey Social Club. It wasn’t a ‘gig’ venue at the time and certainly isn’t necessarily a place you’d walk past or know of by passing by. We liked the idea of creating this little monthly community, in a home that when people were going, they’d know it was specifically for Yala! and where all the bands, playing to packed beyond capactiy rooms of music lovers, would leave feeling like they could really achieve something brilliant next. Friends come and DJ like Foals, Nadine Shah, Florence, Vaccines, Wolf Alice etc too and it’s become a real staple in London, which often goes long into the night!”

“We are really excited to come to Glasgow because, whereas South London maybe needed a bit of a harnessing in terms of it’s guitar culture nightlife, Glasgow is a city which absolutely needs no encouraging. SO many of the new bands we love are from there, which makes bringing Catholic Action and Yakima to the first one so fitting, and we’re really excited by the potential of putting Yala! and Glasgow together!” 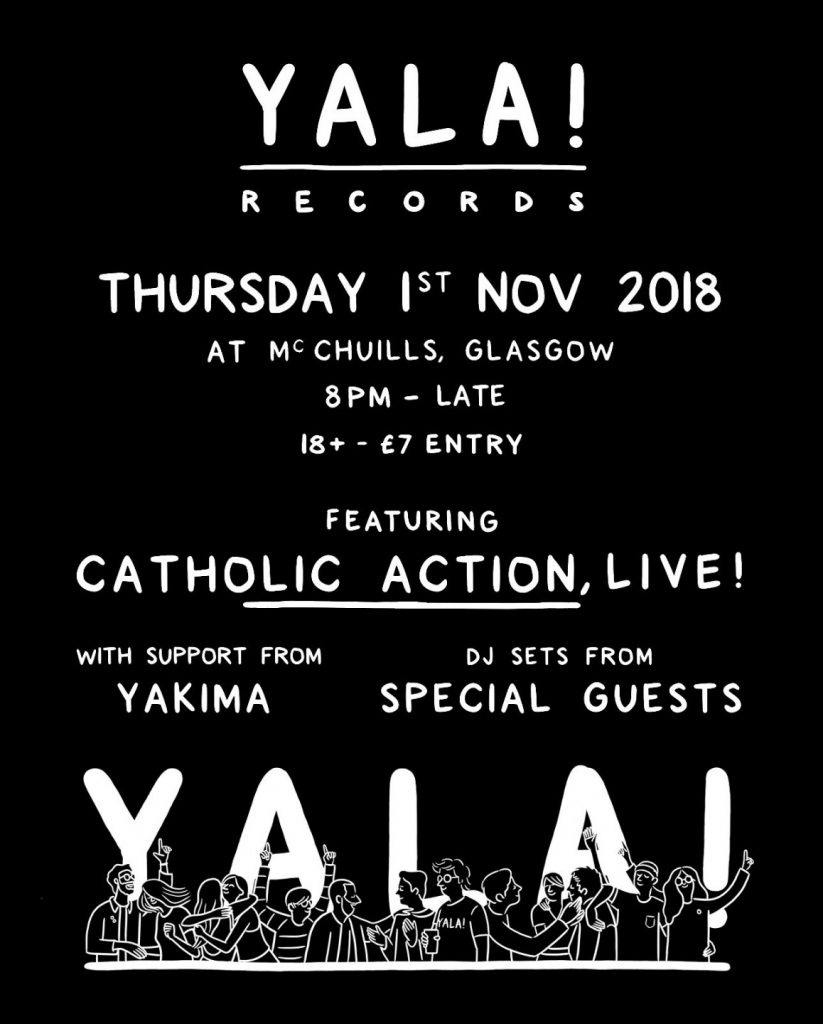 “There’s some great music we are about to announce releasing, end of year parties and then the continued growth, if in our own incremental and fuzzy way, of Yala! which is one of those ideas that really has been something we look back at regularly and think ‘we are SO glad we actually did this!'”

Tickets for the Yala! Records show in Glasgow are available now.

TTV TALKS: The Blinders on their debut album, politics and Tenement Trail