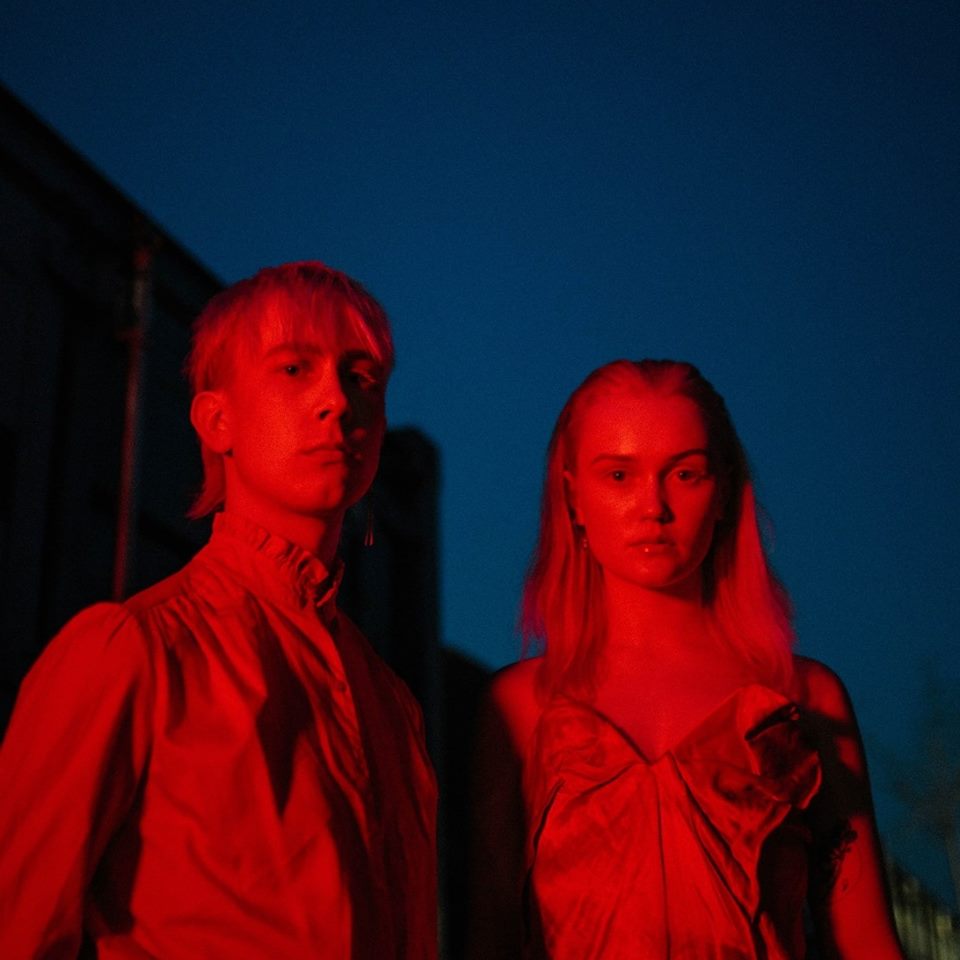 FROM the moment The Ninth Wave first seized our attention a couple of years ago, it was clear that they were a band destined for big things. The staggering level of ambition and songwriting potential displayed at their early shows immediately marked them out as ones to watch and since then, they have continued to go from strength to strength – confirming all our early suspicions with the arrival a critically acclaimed debut album earlier this year and a hectic touring schedule that has taken them all over Europe and beyond.

Firmly recognised as one of the most intriguing and creatively inspired acts to come out of the Glasgow music scene in some time, appearances at SXSW and The Great Escape, a series of high profile support slots aswell as the arrival of Infancy Part 1 have established 2019 as their biggest and most important year to date. And the latest exciting chapter arrives in the shape of an eagerly anticipated support slot with fellow Glaswegians CHVRCHES at this year’s Summer Sessions concert series at Princes Street Gardens. Ahead of the gig on Sunday 11th August, TTV caught up with the duo, Haydn Park-Patterson and Millie Kidd, to hear their thoughts on Summer Sessions, their busy year and more.

“We can’t wait, we’ve been trying out a lot of new things in the run up to this show so are excited to see how they go down”

Taking place against the backdrop of Edinburgh’s most famous landmark, the gig will mark their first in the capital in some time. “We haven’t played Edinburgh in a long time, but the last time we were here supporting Pussy Riot we had such an attentive audience – it was so nice to see the room so full for a support act both nights in a row”

Of course, this won’t be the first time that The Ninth Wave have been on the same bill as CHVRCHES. Earlier this year, the duo were invited to open for the electro-pop outfit at their SSE Hydro headline show, a night they describe as “surreal”.

“It never felt daunting because we were all just so excited for it. It was more of a confidence boost in a way; standing on the stage in soundcheck, hearing the songs you wrote in your bedroom played to a room that you know 12,000 people will be standing in later that evening. Madness.”

In fact, of all the exciting shows the band have played over the last 12 months, they cite the CHVRCHES show as their biggest milestone “Not many bands this early in their career get to say they’ve played The Hydro, and Chvrches were so supportive of us – it really pushed us to think more about every aspect of the band to get things perfect.”

The sound that The Ninth Wave have spent time carefully crafting is one made to be heard on the biggest of stages. The shoegazy influences that emanated from the band a couple of years ago have now evolved into a stunning, doom-laden post-punk sound, touching on glistening 80s infused synth-pop and brooding with the familiar gothic darkness of fellow Glasgow bands The Jesus and the Mary Chain, The Twilight Sad and even CHVRCHES. It’s unashamedly massive, ambitious and deeply moving all at once. Bring this together with their equally striking new romantic look and intensely compelling live show and it’s no wonder that they have seized the interest of fans and tastemakers alike on both sides of the Atlantic.

At this rate, it wouldn’t be too far-fetched to suggest that they could follow in the footsteps of fellow Summer Sessions acts CHVRCHES and We Were Promised Jetpacks, who have both enjoyed great international success in recent years. The band say: “There’s so much talent in Scotland that deserves to go global, and it’s always inspiring to see bands like these getting the attention they deserve on an international scale.”

They may only just be in the very early stages of making their presence known on an international level, but they are already resonating with crowds far beyond the reaches of their hometown: “Every time we’ve played in Germany, the venues have always been full of people singing along to our songs. It’s such a strange but incredible feeling! Playing SXSW this year was also mental – the British Embassy exceeded capacity during our set and people were even listening to us from the street. To know that it’s not just your family & friends supporting your music but people half way across the world is feeling that’s indescribable.”

Formed around the long term-friendship of singer and guitarist Hadyn Park-Patterson and singer and bassist Millie Kidd, it’s clear that at the heart of the Ninth Wave lies a very special collaborative partnership. Their mirrored aesthetic is matched by their equally compelling songwriting relationship and Millie’s arrival over two years ago has undoubtedly led to their most enthralling material.

“It feels natural to make music together, and we’re in a constantly evolving state so can never stay on the same thing for too long. Everything just comes together when you are able to understand each other and be comfortable enough to not feel shy about expressing your ideas.”

This collaborative spirit is very much alive and present in Glasgow’s current music scene. Bands like The Ninth Wave, Lucia and Walt Disco are leading a line of emerging artists who are putting the city’s thriving scene on the map. And everyone is flourishing in their own lane. Discussing this shared sense of community, they say: “Some of us live together, we write music together, we do everything together. It’s nice to be surrounded by like-minded people and drive each other to do the best we possibly can. There are so many bands in Glasgow doing so well for themselves at the moment, the city is full of energy and charisma from all angles.”

Driven by a constant desire to create, evolve and to experiment relentlessly on their craft, they reveal that are “constantly” working on new music. “Don’t expect the expected” is the response when we ask about Part 2 of their debut album Infancy, which is slated for arrival later this year.

And after a busy live schedule earlier this year which took them on tour with The Blinders, YONAKA and over to the US, they enjoyed some time off at the start of summer but refused to rest on their laurels. They added: “We’re writing hunners of new music for when we enter our post Infancy journey, and perfecting the live versions of our current Infancy period”.

Now renowned as a formidable live presence, the band are set to go down a storm at Summer Sessions this weekend. And as the shows continue to get bigger and bigger, it won’t be long until they start to climb these bills with ease. So with plenty more exciting things on the horizon, where do they see themselves in the next five years?  ‘Headlining our own Summer Sessions’ is the devilish reply.

TTV TALKS: The Dunts talk Glasgow, their journey and more