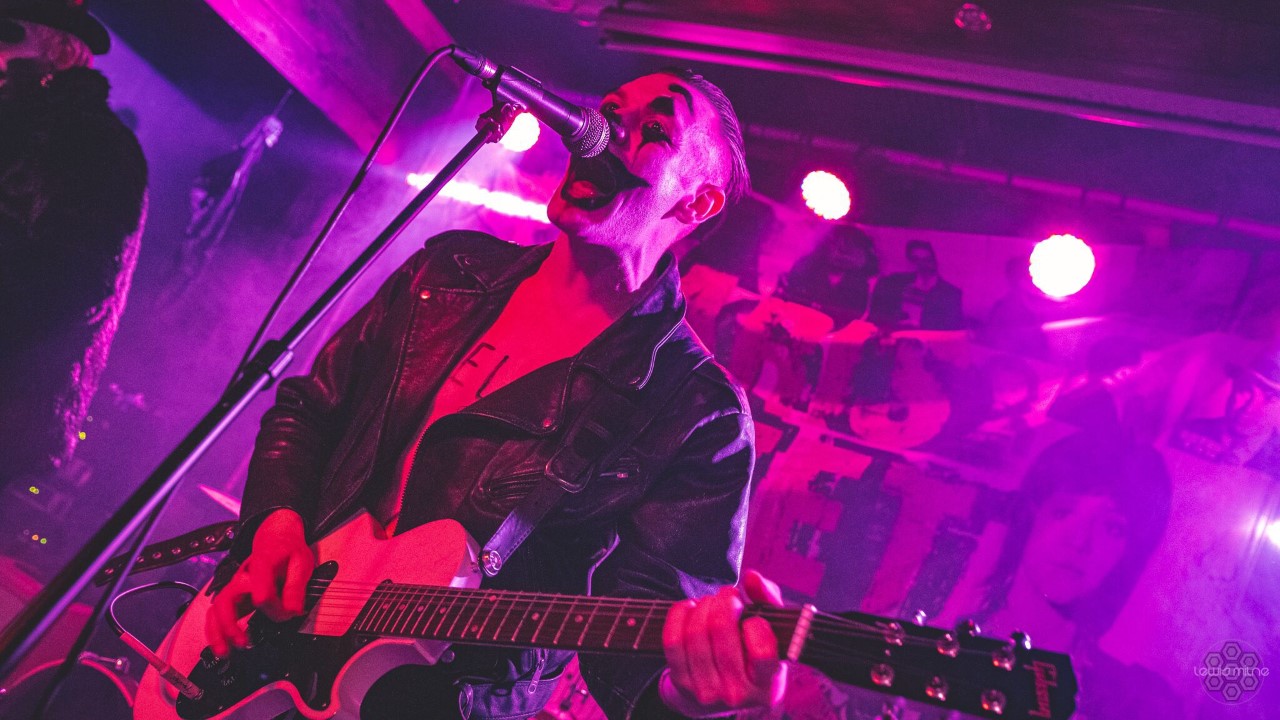 BURSTING out of Fife with a visceral punk sound and gutsy attitude, Paris Street Rebels beat off hundreds of hopeful artists to win this year’s Tenement Trail competition. Their opening set at Barras Art and Design back in October proved so popular that the band have been asked to return to  Glasgow in a couple of weeks’ time to play the annual TTV Christmas party at The Dam on Friday 13th December.

As the four-piece prepare to get into the festive spirit, we caught up with them to hear all about their year so far, their Tenement Trail experience and what’s to come.

“Our debut at TT was a real trip man. We came as punters last year and had one of the best nights of our lives. Fast forward 1 year and we’re opening up the first ever TT in the East End. It was a real honour and we loved every second. We got to play in front a lot of our Glasgow friends old and new and they seemed get a kick out of it too.”

Previous winners of the competition include the likes of Rascalton, Cheap Teeth and Scarlett Randle who have all opened the festival in the past and gone onto become household names on the local live circuit. As the quartet look set to follow in their footsteps, they reveal their surprise when they were announced as the winners.

“For us the news came as a bit of a shock. We applied last year and believe however naively, that that would be our year. In all honesty our dear drummer Cammy applied for the festival this year and completely forgot about it. So when we had the news we were delighted and shocked in equal measure.”

“These festivals are the life blood of the underground music scene. They give the people of their respective cities the chance to immerse themselves in all the great music that maybe they didn’t know was right under their noses. We play and perform like our hearts are on fire and our only hope is that if anyone catches us at a festival they leave thinking “who the fuck are those guys?” 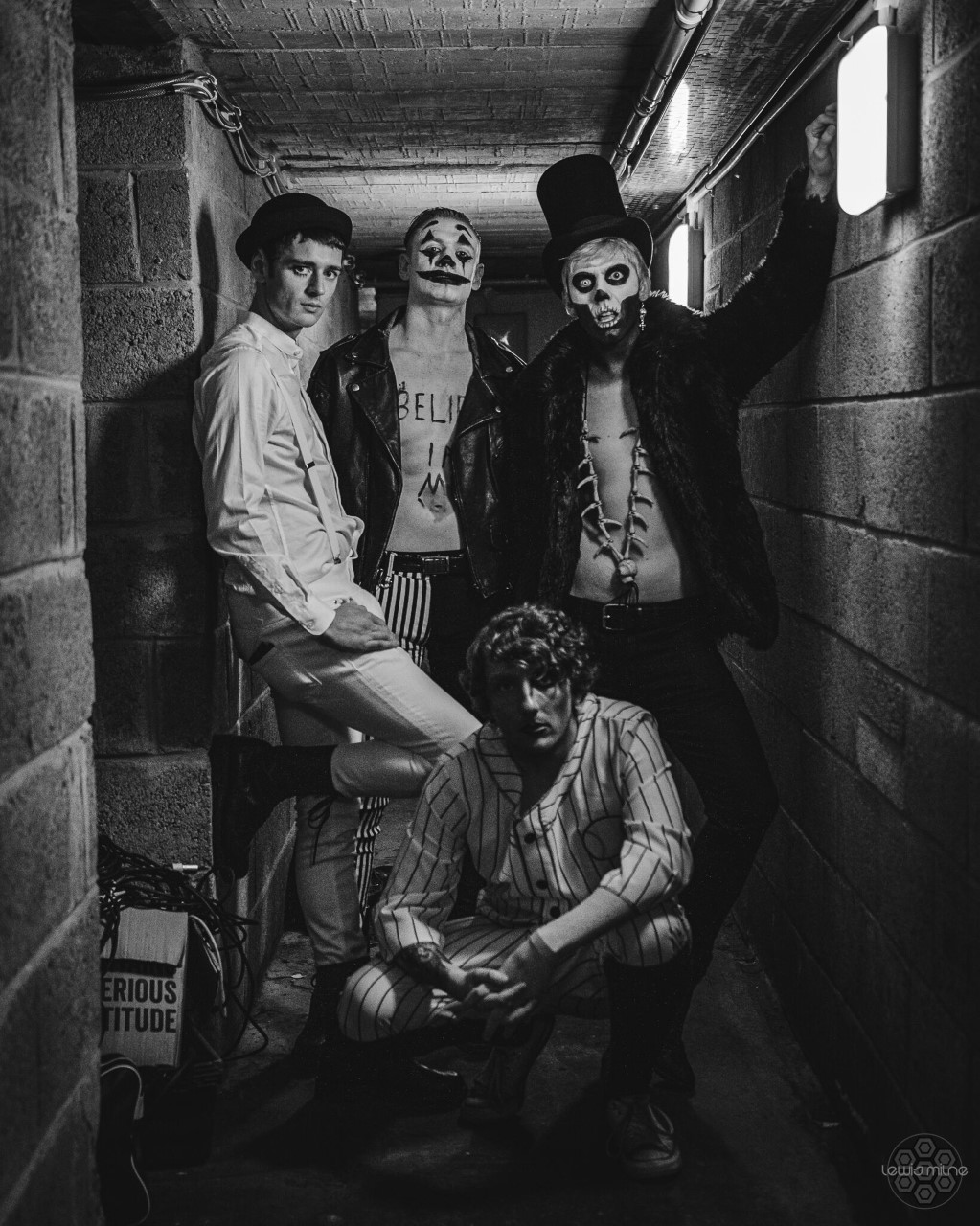 Keen to make the most of all the opportunities that are put in front of them, the quartet have gradually perfected their live sound with each raucous showing. Paris Street Rebels are one of those bands who are able to capture the manic, unpredictable feel of Saturday night debauchery. Harnessing the sound of the 1970s punk explosion with a modern indie flare, their gritty, visceral tunes are drenched in swagger and attitude but always have real meaning at their core. And while they’re full of their own idiosyncrasies, their emergence has coincided with the swell of punk bands that have taken over the Scottish music scene in recent years. It’s a movement that shows no signs of slowing down and one the band cite as a product of the tumultuous times we live in.

“I think it’s not just Punk…I think post-punk, glam, rock’n’roll, cosmic pop whatever you want to call it has always been an important part of youth culture in this country. Music with something important to say or just to elevate people from the hopelessness of their everyday lives has been missing for a long time. Now it’s here again and badder than ever. Maybe that’s a reaction to the crushing hypocrisy surrounding us at every turn our maybe kids are realising they can be heroes too.”

Full of biting vocals, snarling guitars and hard-hitting lyrics, tracks like ‘Nightcrawler’ and ‘I Don’t Wanna Die Young’ capture the mood of a fractured generation. And even though they may not be from Glasgow themselves, they slide in nicely alongside the likes of Gallus, The Roly Mo, Baby Strange, Spyres and Sunstinger, who they cite as bands who “always get our motors running”.

Unafraid to explore difficult subjects such as mental health, drugs and politics, their unifying and raw sound is rooted in their own experiences. Taking inspiration from what they see around them, they say: “Most of our songs are explorations of things that have happened in our lives. It just so happens we’ve had pretty mad lives. We don’t set out to try and preach to anyway we only write from our own point of view. If we tell our stories then hopefully someone, somewhere can relate and get something out of it.”

Their cutting, no-holds-barred approach has struck a chord with fans all over Scotland, making 2019 their biggest year yet. And they’re a band who don’t just talk the talk. Originally from Ballingry in Fife, the band are keen to give back to the town before the year goes out.  “We’re planning a huge hometown show in our little dark part of the country Ballingry, Fife. Ballingry is a small crazy mining village that was essentially left to rot after Thatcher closed down the industry that made it. There was lot of violence and drugs there growing up but a lot of the greatest people we’ve ever met come from that area. We just want to give something back. That shows on the 20th of December at The Red Goth.”

“Other than that we’re playing EH6 Festival on the 1st of December and we have a few other surprises up our sleeve before the year end.

“We never thought we’d make it this far to be honest. We’re just riding the wave and keeping it mental one day at a time.”

The TTV Christmas party is now high on the agenda with the band set to take on The Dam on Friday 13th December. One of the most eagerly anticipated nights of the festive season, we can’t think of a better band to see out the year out than Paris Street Rebels. Expect a fierce set full of passion, riffs and ferocious anthems.

TTV TALKS: Luna The Professor on their biggest headline show to date at BAaD