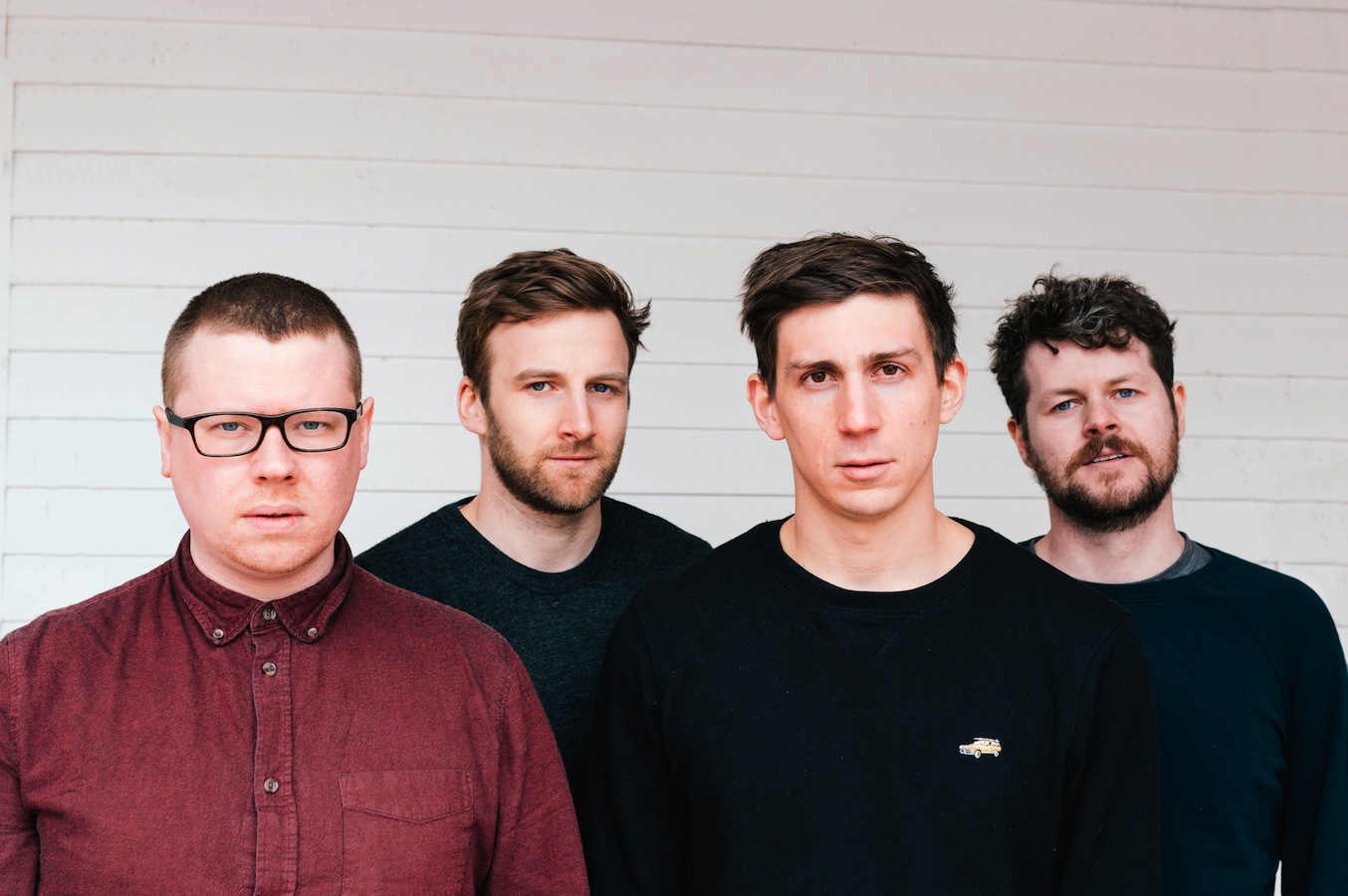 THIS August marks the return of the hugely popular Summer Session series to Princes Street Gardens in Edinburgh. After its successful inauguration last summer, festival organisers have secured yet another incredibly diverse line-up of Scottish musical icons, pop star heavyweights and exciting breakthrough artists who will all perform against the iconic backdrop of Edinburgh Castle in one of the nation’s most picturesque gig locations.

In the midst of a massive year in which they are celebrating the tenth anniversary of their hugely popular debut album ‘These Four Walls’, Scottish indie-rock outfit We Were Promised Jetpacks are set to appear at the festival as part of a really strong line-up of homegrown talent on Sunday 11th August. Lined up alongside Glasgow synth-pop heroes CHVRCHES and fast-rising goth-pop stars The Ninth Wave, we caught up with the band as they prepare to return to their hometown for one of their biggest shows of the year.

“We all grew up in Edinburgh and to play under the castle will be a special occasion. My grandma was impressed” lead singer Adam Thompson says.

A band who have made their presence known on both sides of Atlantic, they are known for their raw, cathartic and exceptionally dynamic brand of indie-rock that translates into an equally compelling live show. For those who have yet to become acquainted with the indie stalwarts though, Thompson says they can expect “a bunch of pals playing songs they’ve written together over 15 years! We like to keep it pretty simple up there. We like to push it hard and then bring it back nice and soft.”

Excited to play in front of the “radge” Scottish crowds who he says “love getting each other all geed up”, they cite Sigur Ros at Connect Festival and Muse at T in the Park as some of the finest festival performances they’ve ever seen. However, the Princes Street Gardens gig will of course be of particular importance to the band as it marks a return to where they first started out. Recalling their favourite memories of playing in the capital, Thompson says: “Maybe when we were starting out. Playing under 18 shows. Harassing friends to turn up. Not much has changed really!”

Bands like Frightened Rabbit, The Twilight Sad and Biffy Clyro have all played a major role in influencing We Were Promised Jetpacks’ inextricably Scottish sound. It was a sound that seized the hearts and minds of fans and critics alike from the very early stages of their career, particularly on their hugely popular debut album ‘These Four Walls’ which celebrates its tenth anniversary this year. An album which has now cemented its place in the upper echelons of Scotland’s storied musical history, it’s fair to say that the band did not expect it to resonate with so many people at the time.

“Not at all! The album came about very organically and we were literally nobodies. I’m delighted it has but definitely happy to see it spread so far”

Released via Fat Cat Records, home to Frightened Rabbit and The Twilight Sad at the time, it was recorded in the short space of 8 days with only one short tour behind them but quickly launched them into the spotlight after it received widespread critical acclaim. Defined by its rollicking, incredibly dynamic rhythm section, full of catalytic beats and nods to post-punk, its cleverly disguised and meticulously crafted pop melodies expertly oscillated between youthful urgency and thoughtful rumination. Like a tour of Scotland’s music past, present and future, it saw them follow in the footsteps of their Fat Cat peers and reach out to fans well beyond the reaches of their hometown. But looking back would they change anything about it? “Not all the tracks got mixed as we would have liked as we ran out of time” Thompson says. However, the overall the process of reflection has been a good one. He says: “It’s strange. I don’t think any of us thought we’d be making records for 10 years. It’s fun to look back and remember how fresh and exciting everything was for us. It was a really fun time in our lives.”

The four-piece recently announced that they will be unveiling a special 10th anniversary of ‘These Four Walls’ which will feature previously unreleased demos, radio sessions and live recordings. It will also be followed up by a special anniversary tour later this year which will take in both North America and the UK, including at date at Glasgow’s SWG3. It’s a trend that has become increasingly popular in recent years with many bands delving into their back catalogue to embrace nostalgia. It’s about “trying to give the consumer what they want” Thomspon says. “Plus it feels fun and without pressure to go back and play songs you’ve already written.”

The run of dates will see the band return to North America where audiences continue to really resonate with their inextricably Scottish sound. Thompson said of the American crowds: “They love Scottish people. Their auntie’s cousin’s dog’s maw was born in Scotland and they love it. Plus we played with some great Scottish bands (the Rabbits and The Twilight Sad) early on and people who liked them had a good chance of liking us.”

Now four albums into their career, We Were Promised Jetpacks are still very much at the top of their game. After changing labels to Big Scary Monsters, they unveiled their fourth record ‘The More I Sleep The Less I Dream’ last September after four years of radio silence. Recorded with producer Jonathan Low (The War on Drugs, The National, Kurt Vile, Sufjan Stevens), it marked an exciting new chapter for the group. He said: “Our last album came out in September and that took us 4 years! Hopefully be quicker this time as we have our mojo back.”

With an incredible arsenal of tunes to pull from, We Were Promised Jetpacks’ hometown show at Princes Street Gardens is not to be missed. Catch them alongside CHVRCHES and The Ninth Wave on Sunday 11th August.

TTV TALKS: C Duncan on the Live at the Longlist, the SAY Award and his latest album 'Health'