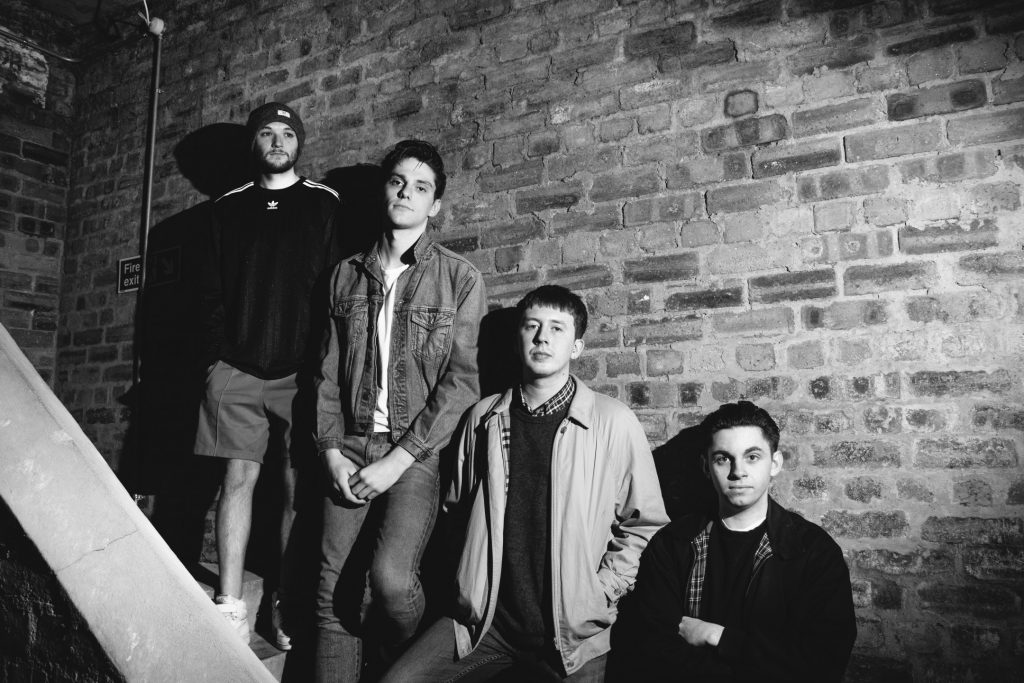 FROM the cramped stage of the Priory, to jetting off to Texas to represent Scotland at SXSW, Rascalton have went from strength to strength since forming, and Tenement TV caught up with the boys to chat through their seemingly unstoppable rise.

“The last two years have been crazy busy and beyond what we thought we could achieve. From playing in Glasgow’s smaller venues to selling out headline shows across Scotland and playing abroad has been a real buzz. We’ve been touring for pretty much the last year straight and we’ve enjoyed every minute of it.”

From show to show, there was always bound to be a few surreal moments for the four-piece along the way, from sessions to singalongs.

“I would say probably playing our live session with Vic Galloway on BBC Scotland. We have been watching his sessions for years so to get the chance to do one ourselves was an honour. Scary business though!”

“Other than that, I would say the CSC EP launch at the Fred Paton centre, that was crazy! Everything clicked and the reaction was a dream come true, the crowd was singing every word back to songs that had been online for 24 hours. That’s the first sold out show we’ve played where we didn’t actually know many people there. It’s cool to know that the kids are listening to us.”

Rascalton are one of the most prominent acts in Scotland’s thriving music scene. This scene continues to strive through a lack of egos, and bands helping one another, one of the biggest things a new band must keep in mind.

“Everyone in the scene is in it for the same reasons. All the bands are mates with each other and everyone wants to see each other do well and we all help each other out when we can. Even if it’s driving each other to shows or supporting each other. I’m still to see jealousy between bands in Glasgow, which I think is a massive thing. Everyone could easily be working against each other but it’s not like that at all. It’s a beautiful thing to see and be part of.”

“Get yourself out there. Release a banger of a tune, talk to other bands, everyone is in it for the same reasons. No egos, no bullshit.”

“We’ve been touring relentlessly for a year now and we are happy with the friendships and fan base we have developed around the country, it’s a wonderful feeling. We are concentrating fully on new music over the next couple of months to make 2019 bigger and better. We’re going to be taking the band to the next level with new music, content and visuals like you’ve never seen us before. Chapter one of the band’s history is done, the next chapter starts on the 15th of December at St Lukes, be there.”

TTV TALKS: BOOTlace chat hopes for 2019 and their latest single, 'The Last Hurrah'