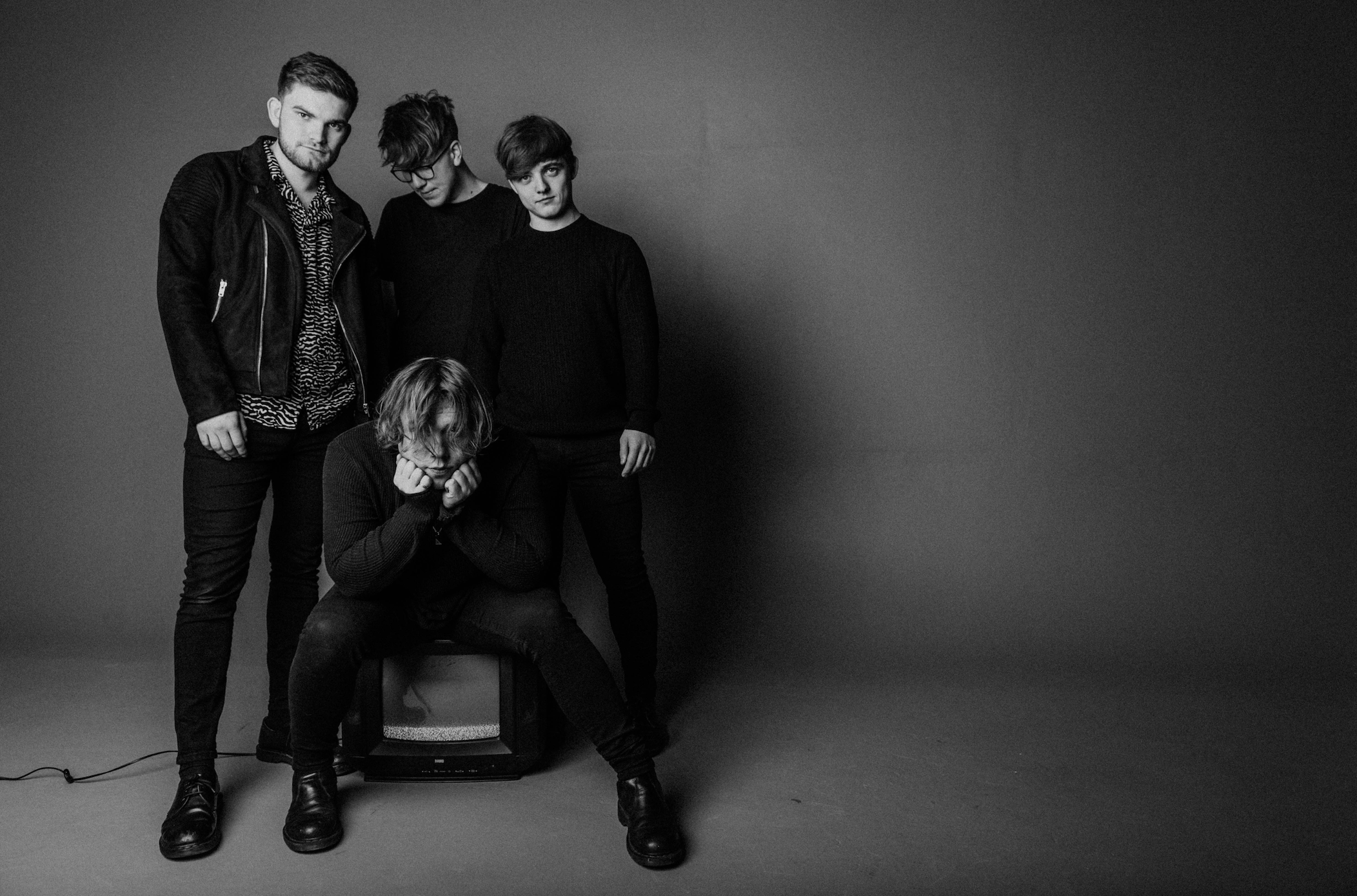 TRNSMT 2019 is home to some of the best emerging acts, with a strong showing from Scottish acts, including Edinburgh’s Retro Video Club. Ahead of their show, Tenement TV caught up singer Liam Allison to talk about touring with The Hunna, TRNSMT and live shows.

“We’re buzzin for it! I think we’ve never been more ready for it than we are at the moment, and everyone says timing is everything, so it feels like it’s come along at the perfect time for us. We’ve went the previous years, and to now be able to take to the stage this year feels like a culmination of the hard work we’ve put in the last two years, and we’re very honoured to be given the chance, seeing as it’s one of the UK’s biggest festivals. I’m looking forward to seeing a lot of acts to be honest, particularly The Amazons, DMA’s, Catfish and Snow Patrol.”

Heading in to their TRNSMT set, the four-piece are just off an epic tour with The Hunna, an ideal source of inspiration ahead of playing Scotland’s biggest festival.

“We were absolutely spoiled with the reaction we got at the shows, so many people came down early to see us which we were surprised about. Newcastle and London were absolutely unreal, to the point that they felt like they were our headline ones! I think more than anything you take a lot from what actually goes on behind the scenes to make the shows as epic. Needless to say, they were razor sharp, but I think it’s the entire production like the lighting and pyro etc that take it to that next level and turn it into a spectacle rather than just a gig. I was like a sponge taking all these things in so we can start to look at ways of implementing them into our live shows.”

Playing live is something the boys relish in, with the buzz and voice of audiences being the most rewarding element of live shows.

“I’d say the best part for me is the sing-alongs with the crowd, to know that people are so invested in your band and the message your band stands for, it’s all we ever wanted to be honest. The buzz you get stepping out on a stage to hundreds of people that sing every word back to you is indescribable I think, words don’t do it justice.”

Liam offered insight into how it feels forming a huge part of Edinburgh’s live music scene, showing the differences with Glasgow and what emerging Scottish bands they love.

“Yeah that’s a tough one for me to be honest. I think it’s definitely harder to build up hype if you’re an Edinburgh band because there isn’t a natural venue progression strategy. There’s a 100-capacity room, two 200 caps then a jump to a 650 cap really, and I think a lot of bands become circuit bands and get bogged down in those 200 cap rooms and are unable to build hype that allows them to escape from them, which is upsetting. Whereas in Glasgow there’s a natural work up from 100, 200, 300, 400 etc capacity rooms so it’s a bit easier to map out a strategy that way. In terms of the crowds, I think Glasgow crowds are more up for shows, and are more open to being won over by bands they haven’t seen, probably due to the fact there is a band scene in Glasgow that’s been there for years, whereas Edinburgh is currently working to build that scene at the minute, and it is getting there.”

“Yeah there’s a few I’m a fan of at the minute. There’s an Edinburgh artist called Ella’s Brother that’s really cool, and I really like Jake from Vandal Palace’s songwriting.”

With TRNSMT now only one month away, Liam offered some short advice on what fan’s should bring with them, and how Retro Video Club’s set is shaping up.

“Probably sunglasses, sun cream and a bank loan for the food/drink.”

As for their show…

Tickets to TRNSMT 2019 are available now.

TTV TALKS: The Snuts on TRNSMT, Scotland and more