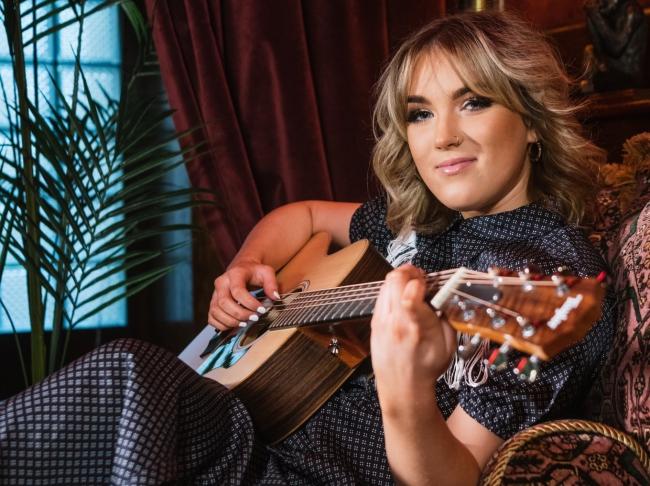 TO say that the last 12 months have been anything but pivotal for Rianne Downey would be an understatement.

When lockdown began in March of last year, the young Scottish singer-songwriter became an instant hit on social media with her classic pop and rock covers. Spreading much-needed joy at a time when people needed it most, her videos became increasingly popular and her followers began to stack up in their numbers across Twitter and Instagram.

It was exactly the kind of confidence boost Downey needed to start writing her own original material. At a time when many would have felt stunted by the lack of live opportunities and studio time, she retreated into her craft and began channelling her own classic influences into a modern country-pop sound.

Debut single ‘Fire To The Flame’ marked the beginning of this journey and was quickly followed up by ‘Stand My Ground’, released just a couple of weeks ago on 26th March. Not only have both tracks indicated her innate skill for pop storytelling; they’ve also demonstrated her ambition and revitalised sense of self-belief.

We caught up with Rianne to hear about her journey in music so far and recent single ‘Stand My Ground’.

“My passion for music is imbedded in me and it was the only thing I could picture myself doing. I had attempted writing with mates etc. for a couple of years but it wasn’t until lockdown that I started properly writing myself. I always questioned my capability and fell victim to my own mind and avoided writing to avoid failure. But when lockdown hit, I had all this time and nothing else to lose so I decided to give it my best shot.

“This new single is about stamping out our own territory and not answering to anybody, finding out through experience that appearances are deceiving and not everybody is really your friend. Ultimately, it takes time and hurt to realise that you don’t need the people who put you down.”

Having taken the journey down to Liverpool to record with a new team including James Skelly of The Coral, she tells us about the recording experience.

“I recorded the track down in Parr St. Studios with Chris Taylor and producer and legend James Skelly. The whole experience was surreal to begin with. Working with someone who’s music played a crucial part in my growing up was a total ‘pinch me’ moment. But James is so amazing at what he does. Working with James proved that there’s so much you can do to create a message, atmosphere and story within a song that you thought was already done and dusted. It was class.”

This new chapter in her songwriting career began with the huge success of her online covers. What initially began as a fun distraction though quickly became more important.

“I started uploading regular covers during lockdown last year. It was a dark time for everyone to be honest. But my covers always had a brilliant response and my following started to grow. What began as a distraction for me became a distraction for others and I’m so grateful that I could make lockdown a bit easier for people with my music.

“It’s hard to pinpoint one favourite artist to cover but I definitely think you can never go wrong with a bit of the Stone Roses. I have been obsessed with them since I was 12 and they led me to get into all the best artists of the late 80s/90s. Every song is a classic and I love experimenting ways to put my own spin on their timeless tunes.”

With two singles now out in the world and plenty more to come, Rianne Downey may only be in the formative stages of her songwriting career but there’s plenty to be excited about.

“I have so much planned. More music and loads of big gigs on the way. I will keep writing and releasing tunes and play to as many crowds as I can. I hope that my music can make a difference to people’s lives the way music has with me. You won’t get rid of me that easily!”

Listen to ‘Stand My Ground’ below.