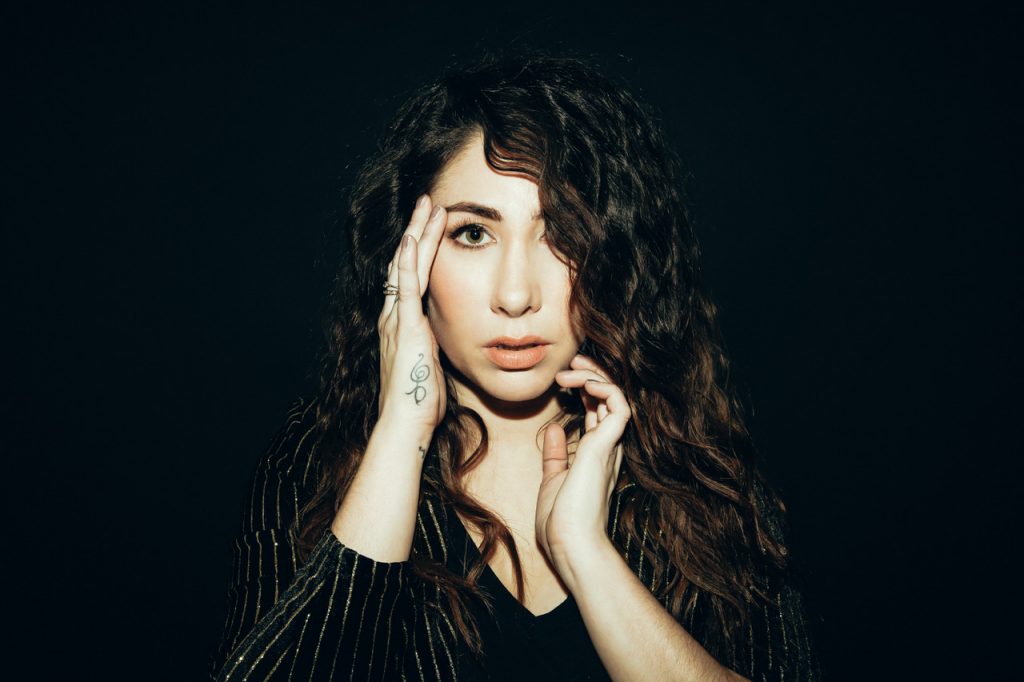 SET to take to the stage at TENEMENT TRAIL 2019 in a matter of weeks, singer-songwriter RuthAnne sat down to chat to Tenement TV about her songwriting, Glasgow gig memories and TENEMENT TRAIL.

“I think festivals are so important to upcoming bands because it’s a great way for festival goers to discover new music. At festivals you always stumble across new acts you don’t know or didn’t plan to see as well as acts you planned to see, so it’s a great way for artists to be heard and build more fans. I’m sooo excited for it! Gonna be such a good buzz and I love Glasgow!”

No stranger to the Glasgow stage, RuthAnne’s first show in the city gave her a taste for the Scottish crowd.

“I actually opened for an Irish band called Keywest there and the crowd were so great. Good vibes, attentive and you can tell they love music!”

Her songwriting journey started earlier than most, assembling a body of work that has been feeding into her debut album, set to drop next month.

“I’ve been writing songs since I was 7yrs old & one of my first ones was called ‘He lied to me’, it was me for three minutes just repeating 3 lines over and over getting louder and louder, and my mum was like “OMG who lied to you” and I was like ‘oh just something I saw in Eastenders'”

“I actually cannot wait, it’s been a long time coming and to have this body of work that i’ve been working on actually coming out into the world together is an incredible feeling I can’t even describe.”

As for TENEMENT TRAIL, RuthAnne’s tips for the festival are “The Magic Gang and Apre, they’re both Sick.” As for her own set “Expect some heartbreak soul ballads, some vibes and like an underground party you can groove, laugh and cry at.”