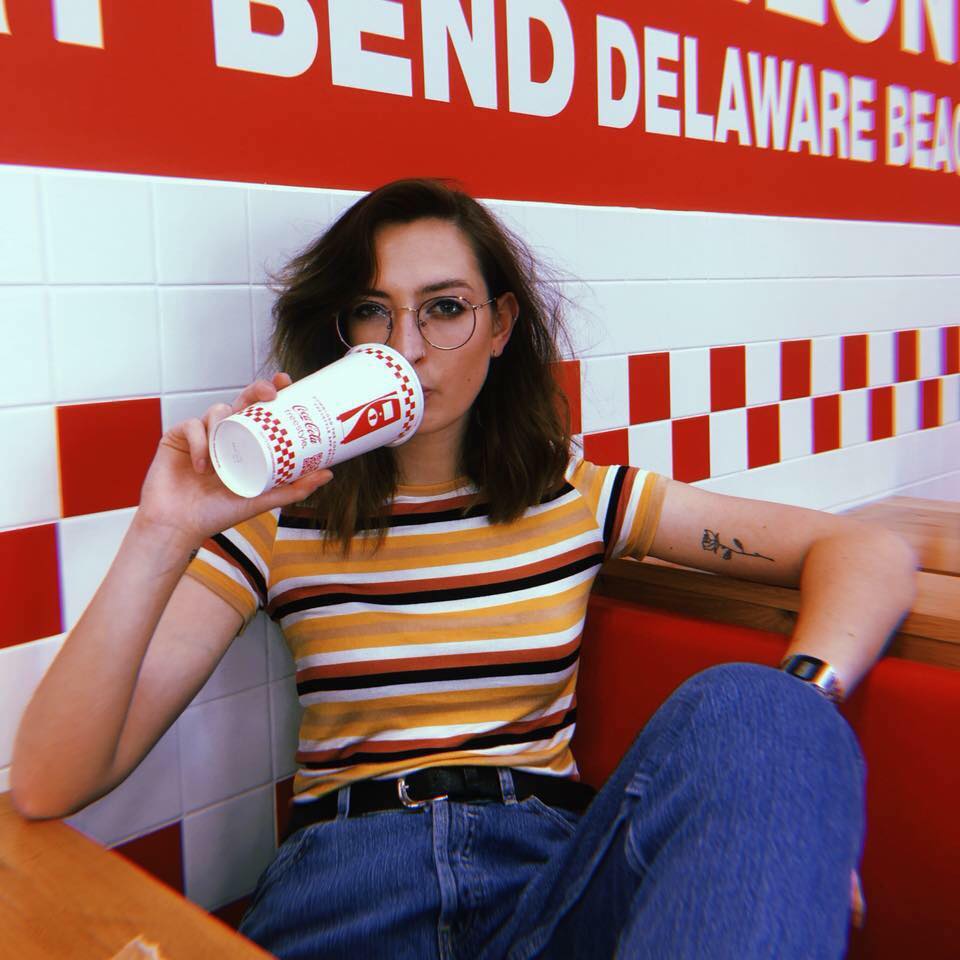 AHEAD of her performance at Queen Tut’s, Tenement TV caught up with Scarlett Randle to chat about women in music and her inspirations.

“I believe gender is a social construct so instead of other people defining what a woman is I’m learning to create my own definition that’s true to me, one box doesn’t fit all.”

As a celebration of women on and off the stage, Queen Tut’s reflects the importance of women both in music and society.

“The list of important women in my life is endless but to name one – Lauren MacDonald who plays drums for me is a perfect example, she’s the first female jazz drummer to study at RCS, if that ain’t cool I dunno what is! It’s also kind of sad though that in all the years of the course’s existence it was only in 2015 the first female drummer was on the course! I guess it’s a reminder that yes, progress is being made and we should celebrate that but the battle is far from over, we got a long way to go! I think the problem stems from encouragement as children and society’s systematic sexism, it’s not that women are inherently worse at instruments such as drums, guitar and bass but more that we’re encouraged to play other instruments such as piano, violin or voice!  I think the lack of representation plays a part too, as a child, or even now,  I can’t think of many female drummers or lead guitarists that I could be like “I wanna be like her!”, I’m sure there were a few but certainly not in the mainstream and if they were it’s “oh did you know their drummer is female” it would be nice to have equal and fair representation without it being forced.”

“I think nights like Queen Tut’s are so important, if not now then when?? Something’s got to change so an event like Queen Tut’s is a start at least and hopefully it’ll encourage more people to actually book female artists and we will start to see some change. It’s not as if the talent isn’t out there!”

Scarlett’s music continues to be the most important thing to her, finding creativity in the diversity that music shows to different listeners.

“Without being a big cheeseball music means every thing to me! Music for me is about expression and feeling, when I’m listening it makes me feel less alone. I love when I’m creating music knowing that someone might connect with it in the same way I connect with music! I like that you can listen to a song and it can mean something different to everyone. A song that you love, your pal might hate. It’s so individual but brings so many people together and I think that’s so special.”

From being inspired to inspiring, Scarlett Randle strives to capture the imagination of the next generation of female performers and provide guidance through their lives.

“I feel Inspiration can come from anywhere and being open to that is important. If I feel an emotion strongly I try to write about it, whether the feeling is ‘good’ or ‘bad’. You just gotta ride that wave when it comes!”

“I’d love to inspire other girls or anyone through my music! Like I mentioned earlier growing up there wasn’t much representation of woman in music but especially less representation of queer women in music. I think even stuff as small as using female pronouns in songs and it not being a big deal is amazing. I know if young queer Scarlett heard a girl singing a love song about another girl, I’d have thought that was super cool and probs would have helped me discover myself a lot sooner haha! To be a part of anyone’s journey of discovery would be the greatest honour! Everyone I’ve met at shows has been super lovely and supportive and that makes me very happy.”

As the music industry works towards a level playing field for men and women, Scarlett recalls the bad side of being in the minority at live shows.

“I think it’s difficult for everyone in music but being the minority can be challenging. More often than not I’ve been the only female on the bill and the only female in the venue (before the audience are in obvs!) and I know that sounds like something small but it can get tiring and I can see how that can be intimidating for some people. Often when I’ve shown up to gigs just myself and a guitar I’ve been asked who’s playing the guitar, which is funny the first time but after a while it’s a bit frustrating!”

“There was this one time we were sound checking and one of the amps was making a funny noise and I saw one of the guys in my band was using one of my cables which I knew was dodgy and wasn’t meant to be in my bag so I told the sound engineer that I thought it was maybe the cable causing the problem to which he replied “It’s actually the amp that’s the problem not the lead but thanks anyway”, after 10 mins of approx. 5 guys all gathered round an amp I suggested a few more times the problem might still be the cable that I KNOW is broken but nevertheless they struggled on. It wasn’t until I told my other bandmate and he told the sound engineer that the issue was resolved! And guess what? Aye, It was the cable. As much as I laugh off situations like that it’s actually quite disheartening knowing that some people don’t value your knowledge because of the gender you identify as.”

“Until it’s a level playing field, we gotta keep supporting the gals and anyone who is disadvantaged!”

Scarlett Randle appears at Queen Tut’s on Friday 8th March with The Van T’s and The Vegan Leather. Tickets are available now.

There’s a FREE Women in Music Panel taking place between 14;00-16:00 on 8th March also, tickets for that are available here.