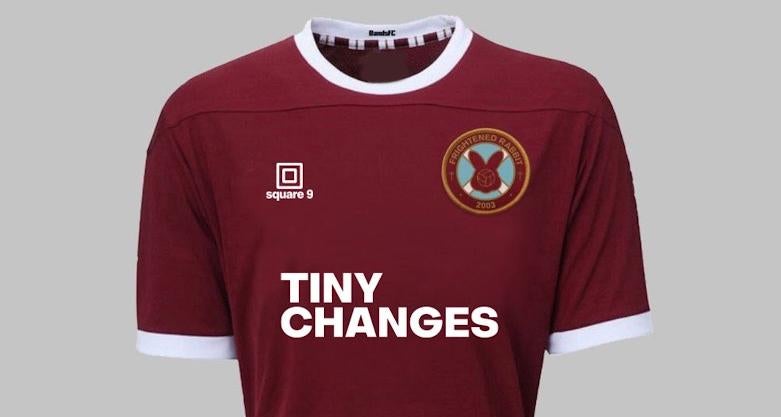 BANDS FC have announced that they will be re-releasing their Frightened Rabbit charity shirts for one weekend only.

The special maroon football shirts were made in collaboration with Tiny Changes, the mental health charity set up in Scott Hutchison’s memory and will be available to purchase from 10am on Friday 18th December until 10pm on Sunday 20th December.

They have already proved very popular and have already raised over £35,000 for Tiny Changes since their original release. Meanwhile, Hutchison’s team Hearts wore it ahead of their semi-final with Hibs at Hampden before auctioning them off for the charity. This new sale date coincides with the Edinburgh team’s Scottish Cup Final date against Celtic this weekend where they will once again wear them in the warm-up.

With all proceeds going to Tiny Changes, grab your Frightened Rabbit shirt this weekend from Band FC’s official website.