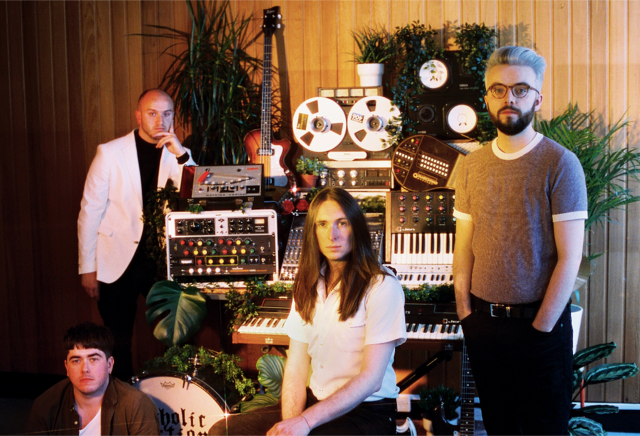 GLASGOW‘s own Catholic Action have teased the release of their latest single, ‘One of Us’ due for release on Thursday 3rd October.

Renowned for an honest portrayal of life through their guitar-driven punk-flavoured indie, the four-piece show no signs of wavering that honesty with their latest single, as Chris McCrory explains.

“One of Us was written as a direct response to what I see happening in the UK – a country ravaged by poverty and a disintegrating social fabric of increasingly isolated and intoxicated people. A neglected group spun in circles by an uncaring billionaire-owned media, (mis)led into pointing the finger at one another as opposed to those truly responsible for this situation. A depressing but common problem in 2019…sound familiar? This song is a comment on the aggressive divide and conquer politics that has kept this status quo of radical inequality in the UK firmly in place.

I believe people are good hearted at their core but are embittered and led astray by what they’re fed – what they’re seeing, hearing and being told. As long as we stay divided, nothing will ever change. So it’s pretty simple. If people want to shift the status quo they need to organise, come together and fight for equality – a way of life that’s positive, progressive and inclusive. We’re all human (apparently) after all.”

Are you one of them or one of us? Pre-save the track here.
Photo by Gemma Dagger.