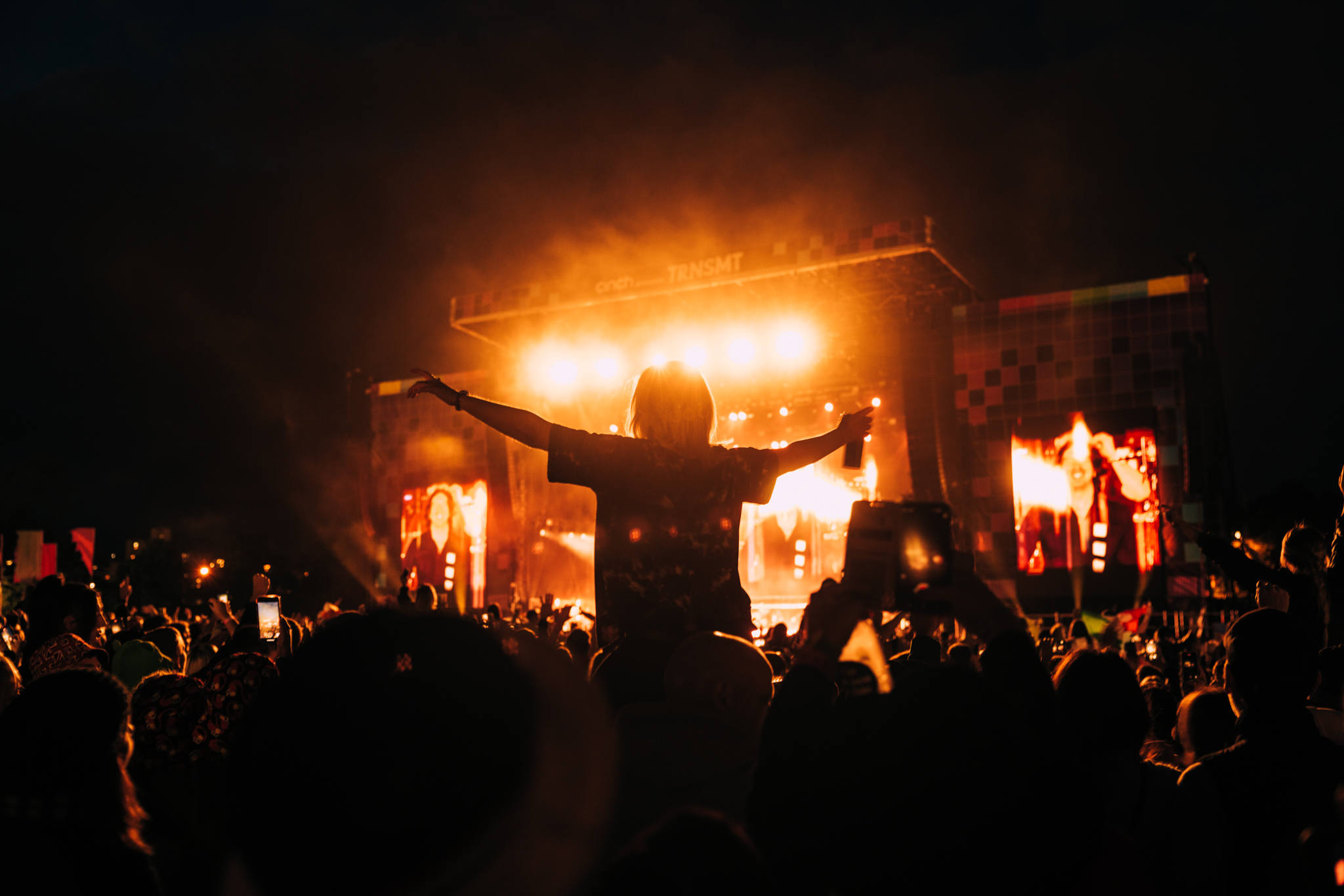 Following a weekend of non-stop music, good times and lifelong memories at 2021’s event, the festival have announced dates for the fifth edition of cinch presents TRNSMT, with fans able to secure their early bird ticket by signing up to access the TRNSMT presale here from 9am tomorrow before early bird tickets go on sale at 9am on Friday 17th September. 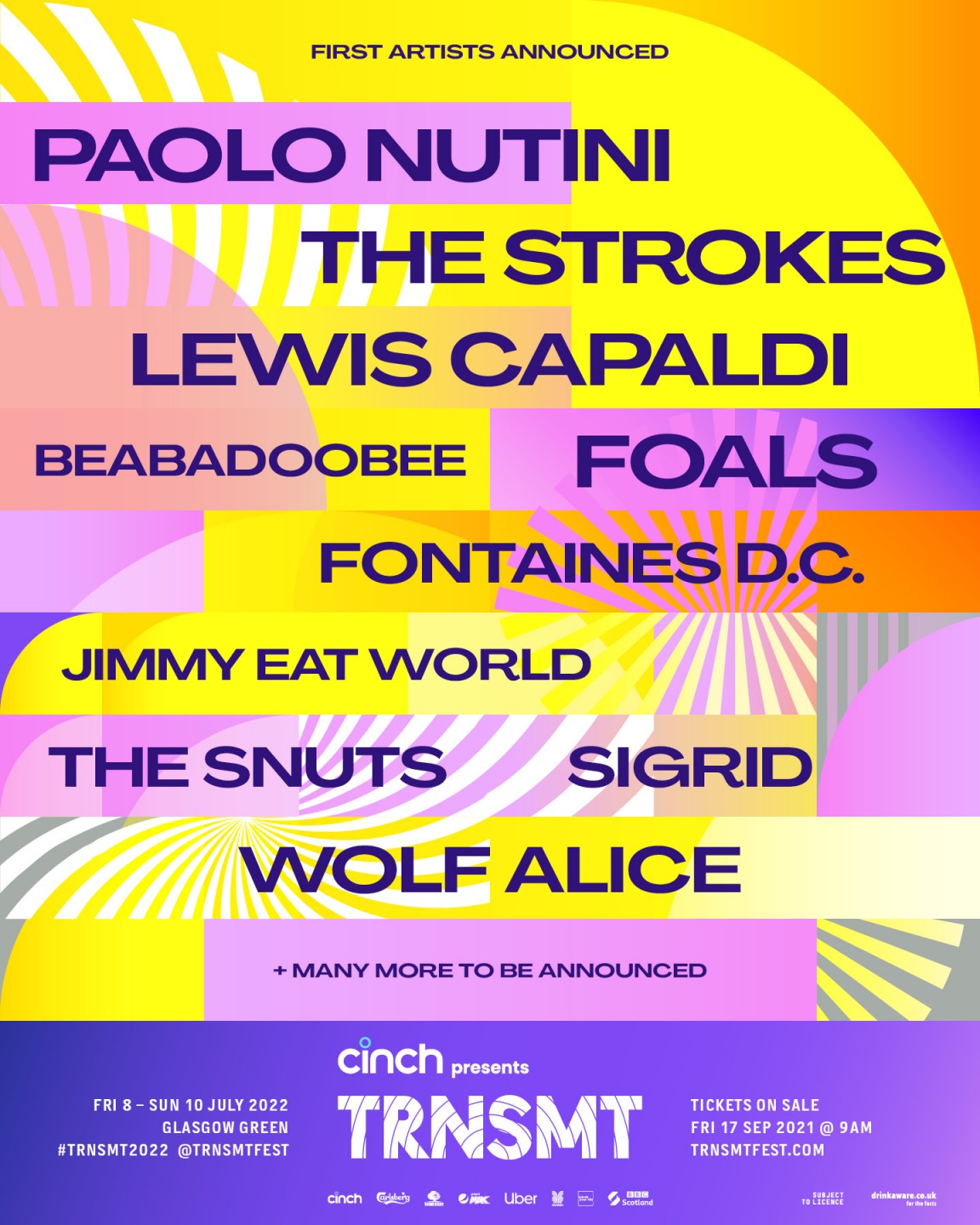 Reuniting some of Scotland’s biggest and best homegrown heroes with international superstars, as well as spotlighting the brightest talents on the UK music scene, cinch presents TRNSMT will be a musical extravaganza and a welcome return to the Green for festival fans in July 2022.

cinch presents TRNSMT Festival are delighted to bring Scotland a very special performance that will go down in the history books, as hometown hero Paolo Nutini finally grants our ‘Last Request’ and returns to the live circuit for the first time since 2017. It’s been four long years for Scottish fans, but the singer will bring huge hits like ‘Candy’, ‘Jenny Don’t Be Hasty’ and ‘Iron Sky’ to TRNSMT’s Main Stage for an epic headline set. One of the country’s most successful exports, Paolo Nutini made an appearance in the festival crowd in 2018, much to fans delight, but will finally take to the stage next summer for what is set to be an unmissable performance.

Making a hugely anticipated return to Scottish soil, iconic New York veterans The Strokes will make their cinch presents TRNSMT debut in 2022, bringing with them a back catalogue made for a festival field, after scooping a Grammy for ‘Best Rock Album’ earlier this year. Headlining TRNSMT in Glasgow Green, the band will play in Scotland for the first time in over 10 years. Following the release of their sixth studio album in 2020, the indie-rock outfit will bring legendary hits like ‘Last Nite’, ‘Someday’ and ‘Reptilia’ to the city centre festival. Celebrating the 20th anniversary of ‘Is This It’ in 2021, an album that defined a generation, the New York band will delight Scottish fans by making a huge return for cinch presents TRNSMT in July 2022. ‘You Only Live Once’, after all, so be there for one of the best performances of the summer. 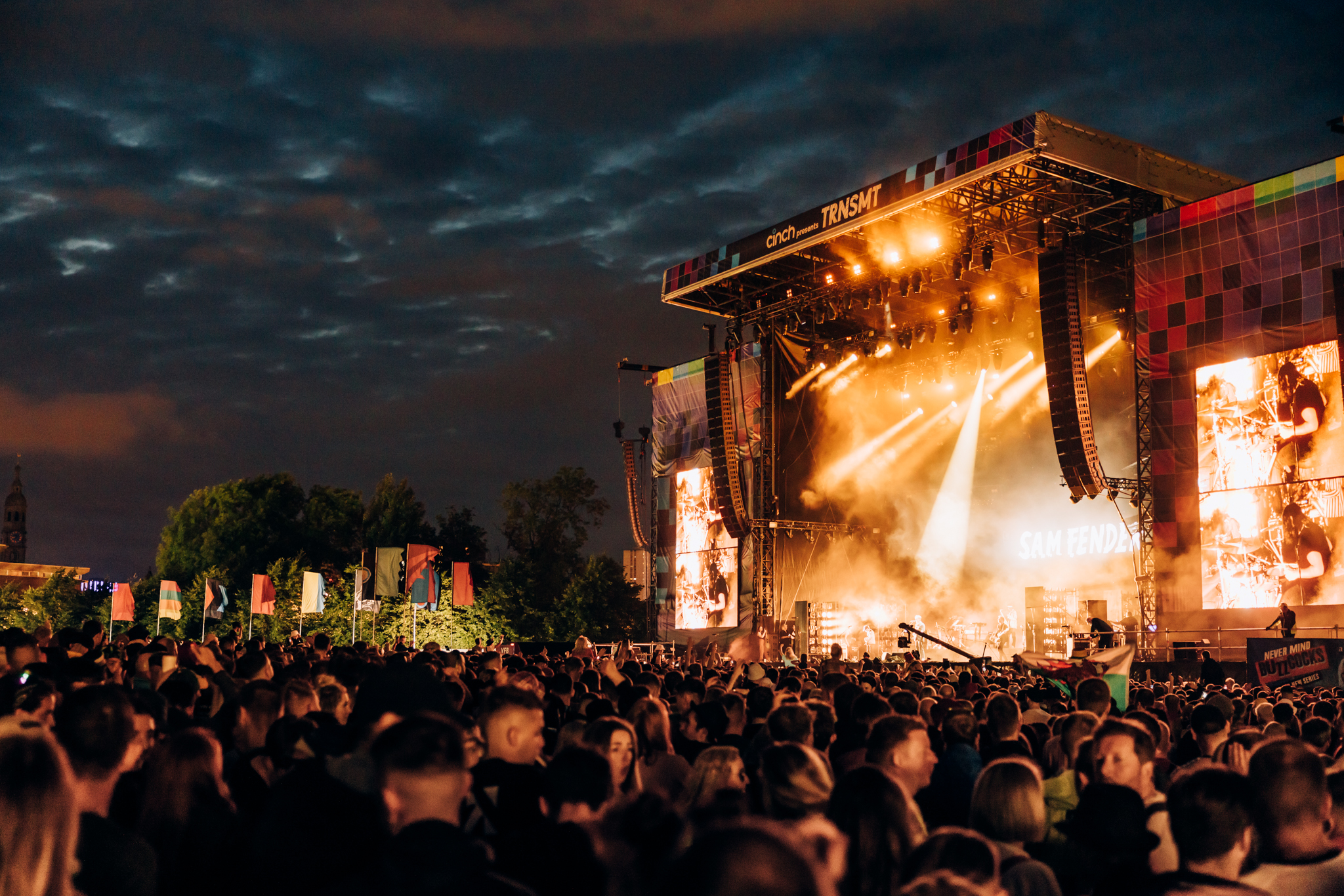 Returning in 2022, it’s Scotland’s one and only; Lewis Capaldi. Firmly cementing his place as an international superstar, the Bathgate singer-songwriter had the biggest selling album in the UK for two years in a row with his acclaimed debut ‘Divinely Uninspired To A Hellish Extent’, which was also named as Spotify’s most played album in 2020. Lewis Capaldi has had an incredible few years, securing his first Grammy nomination and US Number One, a certified platinum album and sold out headline tour. Having first played cinch presents TRNSMT back in 2017 on the King Tut’s Stage before graduating to an opening slot on the Main Stage in 2018, the singer went on to create one of the most memorable festival moments in recent history with the now legendary Chewbacca mask walk on in 2019. A hometown hero like no other with some of the biggest selling singles of recent years, including ‘Someone You Loved’ and ‘Grace’, Lewis Capaldi’s headline set will provide a few surprises along the way.

Joining the star-studded bill across the festival is beabadoobee, Foals, Fontaines D.C., Jimmy Eat World, Sigrid, The Snuts and Wolf Alice. American rockers Jimmy Eat World will travel across the pond to make their appearance and one of Scotland’s most exciting new artists, The Snuts will bring hits from their Number 1 Album ‘W.L’ to Glasgow Green. Foals will make their cinch presents TRNSMT debut in 2022, following the most successful era of their career to date with 2019’s ambitious two-part album ‘Everything Not Saved Will Be Lost’. Making a welcomed return to Glasgow city centre is pop sensation Sigrid and 2018 Mercury Prize winners Wolf Alice. Fellow Mercury Prize nominees, Fontaines D.C. will also return in 2022 after their electrifying performance at the festival’s King Tut’s Stage in 2019. Set to play for the first time is beabadoobee – one of the most talked about artists on today’s scene, the 20-year-old singer has grown from strength to strength with hits like ‘Coffee’ gathering hundreds of thousands of streams. Talking about her debut next year at the festival beabadoobee said, “I’m really excited to play cinch presents TRNSMT Festival. Scotland shows have such great crowds and I’m looking forward to playing new music to everyone there!”.

The return of cinch presents TRNSMT in 2021 after two long years without it was a truly joyous occasion, with fans taking in the sights and sounds of live music from Courteeners, Liam Gallagher and The Chemical Brothers and so many more. With more names set to be announced across Main Stage, King Tut’s Stage and the River Stage, the countdown to TRNSMT 2022 is officially on – see you down the front!