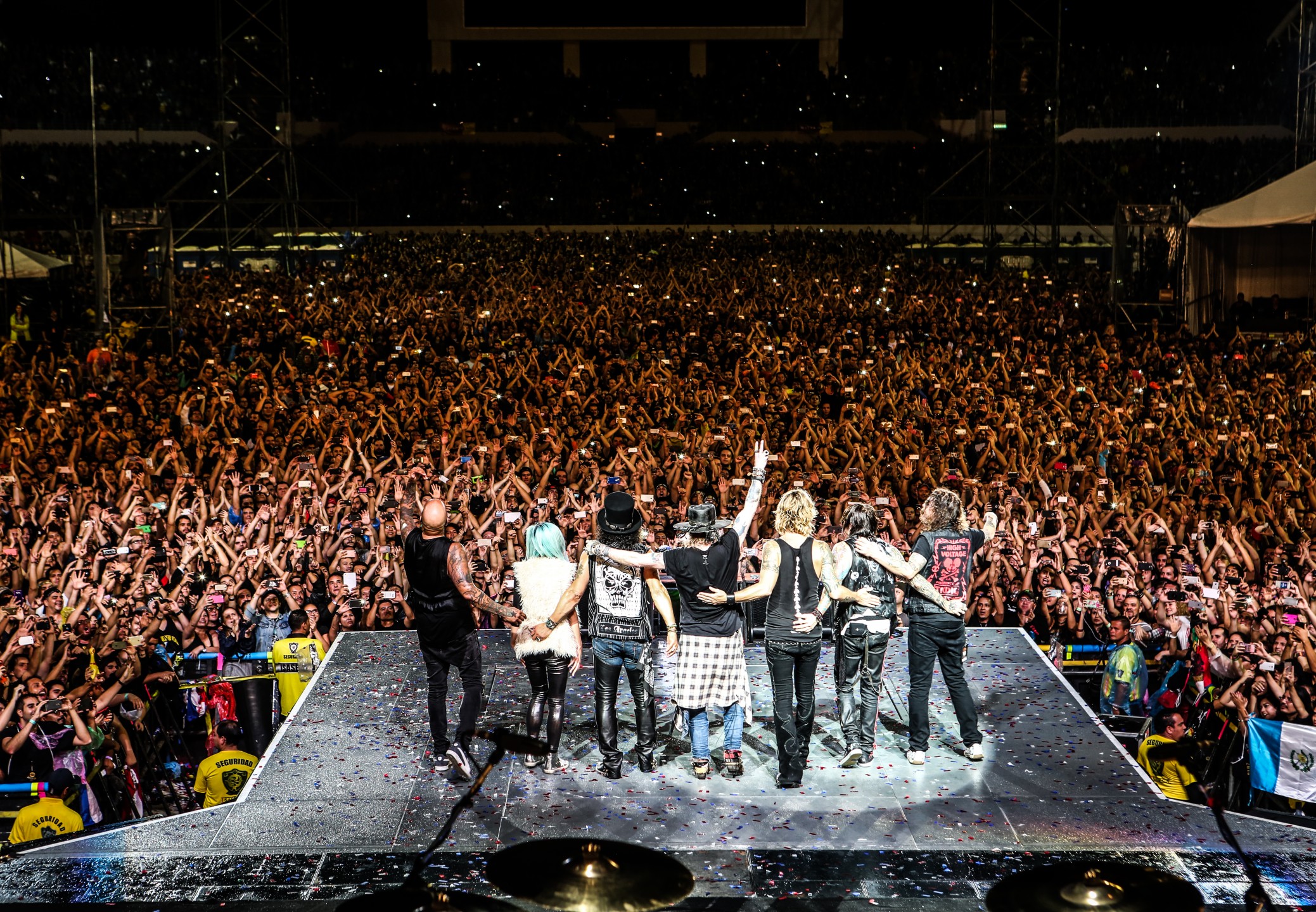 GLASGOW Green will welcome the iconic Guns N’ Roses this summer, fresh from the powerful Not in This Lifetime World Tour that blew the minds of over 5.5 million fans worldwide

After teasing the announcement that a Scottish date was coming in 2020 as part of their European Tour, Guns N’ Roses have today announced they will be returning to Glasgow to play their largest Scottish show to date outdoors at Glasgow Green on Thursday 25th June – marking the next step in their phenomenal career.

With a career spanning over 30 years, Axel, Slash, Duff and Co. will stop by the Glasgow city centre park as part of their huge European Tour which will see them visit Spain, Germany, Sweden, and much more.

Returning to Europe for the third time since their Not in This Lifetime tour kicked off in 2016, Guns N’ Roses have performed their endless run of hits with 160 shows for over 5.5 million fans in stadiums, arenas, and as part of festivals worldwide. The European dates in 2017 and 2018 alone brought the mind-blowing stage show to over 1.6 million fans.

Tickets on sale Friday 31st January at 9am at www.gigsinscotland.com.