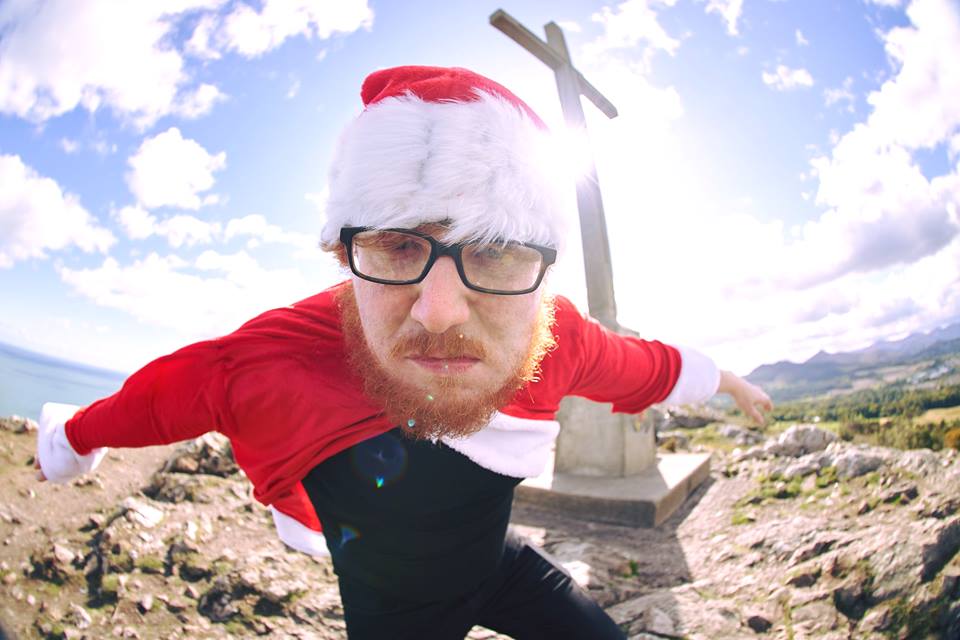 PAISLEY singer/songwriter Quinny has announced details of his return in the form of an unorthodox Christmas EP and a spate of live sets.

Dubbed Seasons Greetings From The Grotty Grotto, this new project takes a piercingly sardonic look at the normal tropes of yuletide joy and douses them in healthy doses of cynicism.

Produced by none other than Chris McCrory of Glasgow’s beloved Catholic Action at Hermitage Works studios and featuring a guest appearance from The Vegan Leather’s Marie Collins, the record was inspired by his favourite night of the year in “Christmas Eve” and “trawling round Paisley with my pals, bumping into folk I haven’t seen since probably December 24th the year before.”

An unheralded return after a lengthy hiatus from releasing music, the EP marks Quinny’s return from the non-artistic aspects of the music industry in London to the singer/songwriter role that propelled him on a tour of America in 2013.

Set to play a myriad of gigs in the coming weeks, check out the EP and his forthcoming shows now: