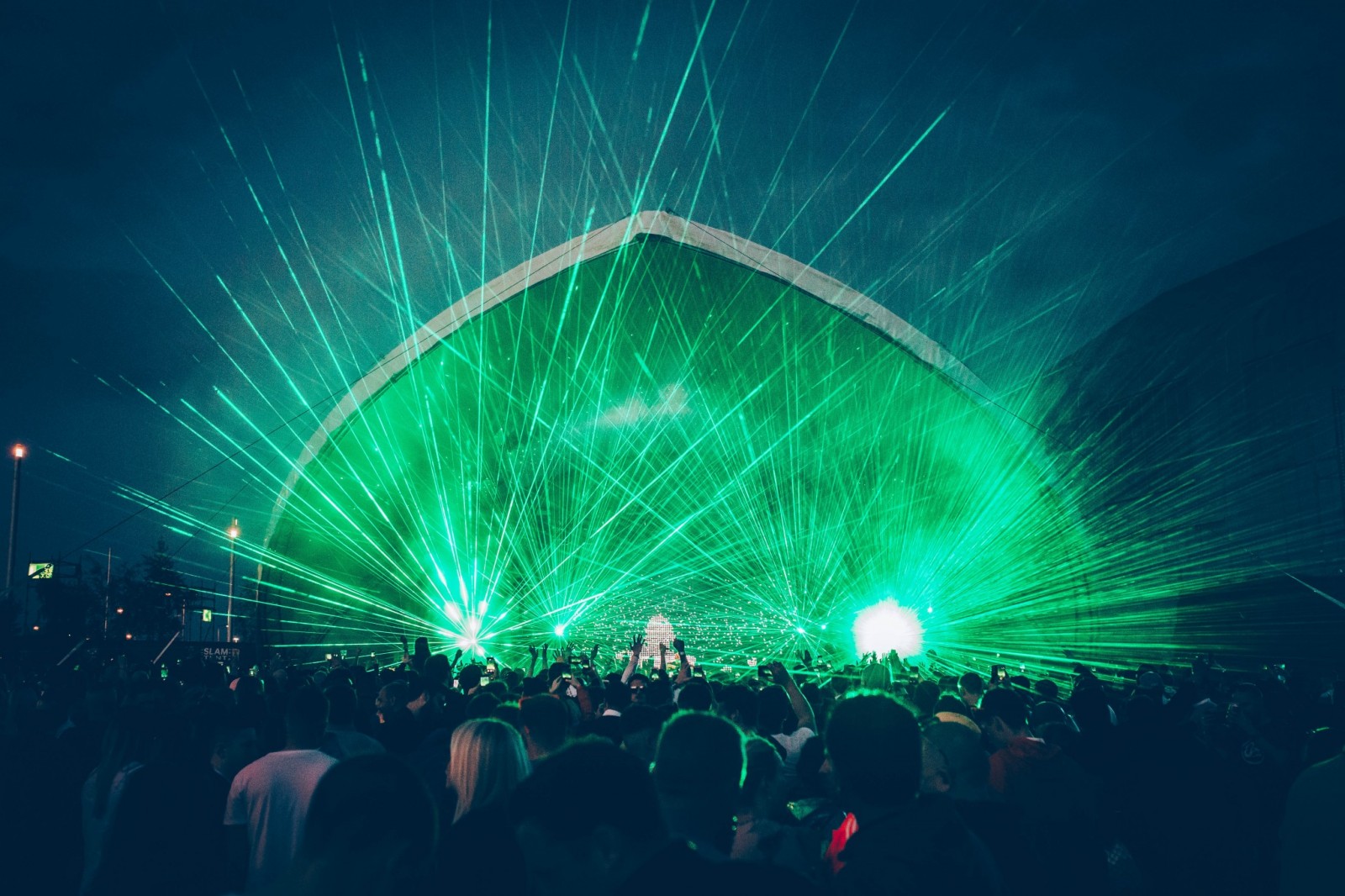 RIVERSIDE Festival, Scotland’s premier celebration of electronic music, is all set to return this September with a stellar line-up and exciting new stage.

Last week, organisers confirmed that the festival would be back on the rearranged date of September 3-5 –  saying that they are “making up for lost time” by adding an extra day and turning the event into a 3-day weekender.

Returning to the Riverside Museum in Glasgow, previously announced headline acts Jamie xx, Disclosure, Amelie Lens and Skream will be joined by a string of the world’s most “cutting-edge” DJs .

This year will also mark the arrival of the ‘Satellite Stage’ – a new platform that will celebrate the diversity of Glasgow and the abundance of up-and-coming homegrown talent that the city is renowned for.

On the newly added Friday the much loved community station Clyde Built Radio will take over the Satellite Stage with a line-up including: double Scottish Alternative Music Award Winner DJ, producer and activist TAAHLIAH, a special b2b with Ribeka and Sofay and a headline slot from Junglehussi.

Meanwhile, Saturday and Sunday will feature a wealth of talent from Glasgow’s underground electronic scene such as Lezzerquest’s Anna Gram,  Dija b2b ButhoTheWarrior and party starters Acid Ultras. Paisley and Inverness will also be represented by Co-Accused and Kouncil Cuts, respectively.

Grahame Ward, one of the festival’s bookers, said: “It’s somewhere new for us to involve the homegrown talent we have such an abundance of in the city. The artists are playing across the board musically and there’s names that some will know, and some won’t yet – that’s the beauty of it though – you go to see an act you love and then stick about to hear someone you’re going to be looking for info on afterwards.”

Dave Clarke, Co-Festival Director continues: “The Satellite Stage is about dipping into Glasgow’s rich and diverse underground club scene which has been a joy with so much variety of electronic talent on our doorstep.”

Get your tickets for Riverside Festival HERE.

Meanwhile check out the line-up below. 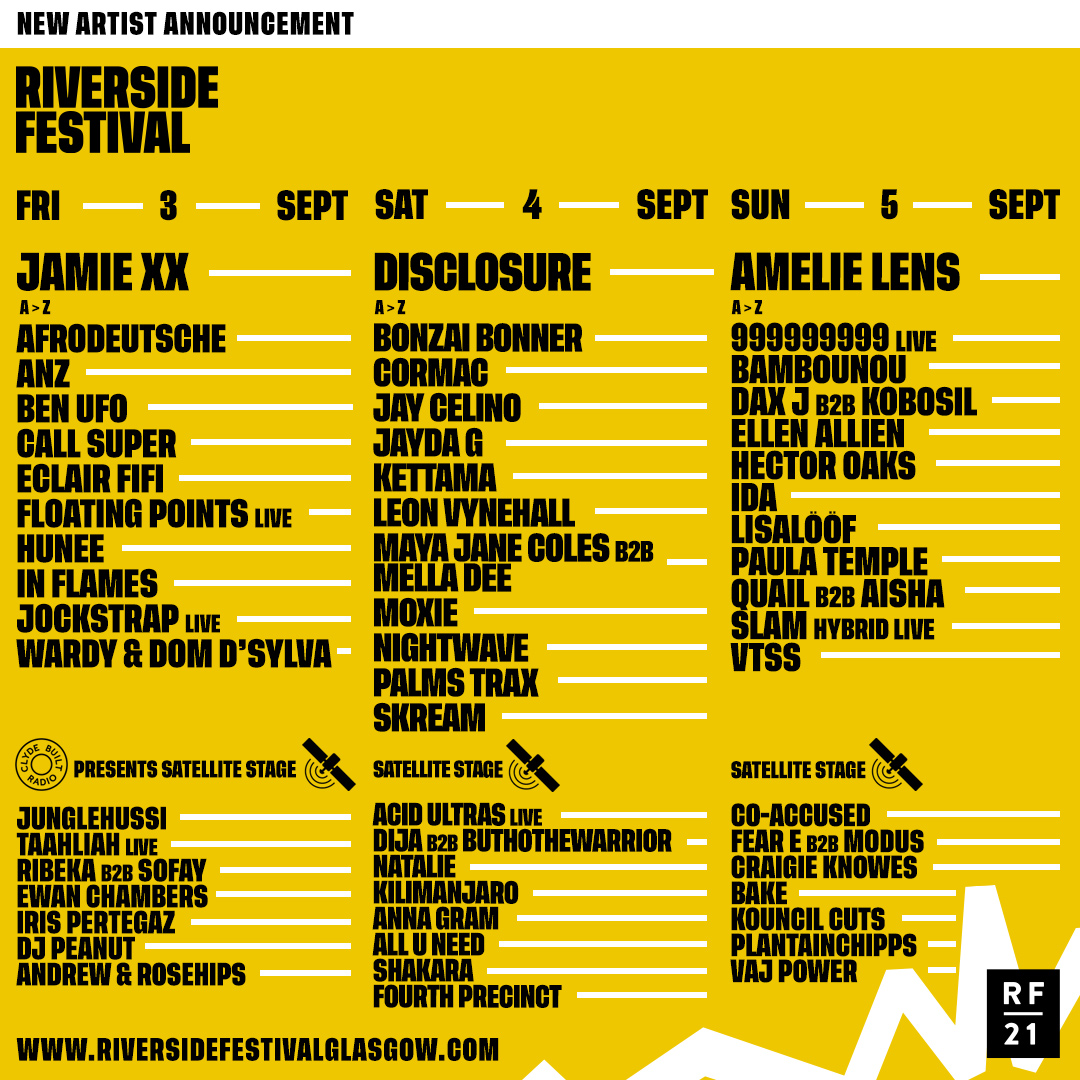